What WikiLeaks revealed to the world in 2010

The government wants you to believe it's a criminal enterprise. But here's a look back at what WikiLeaks exposed 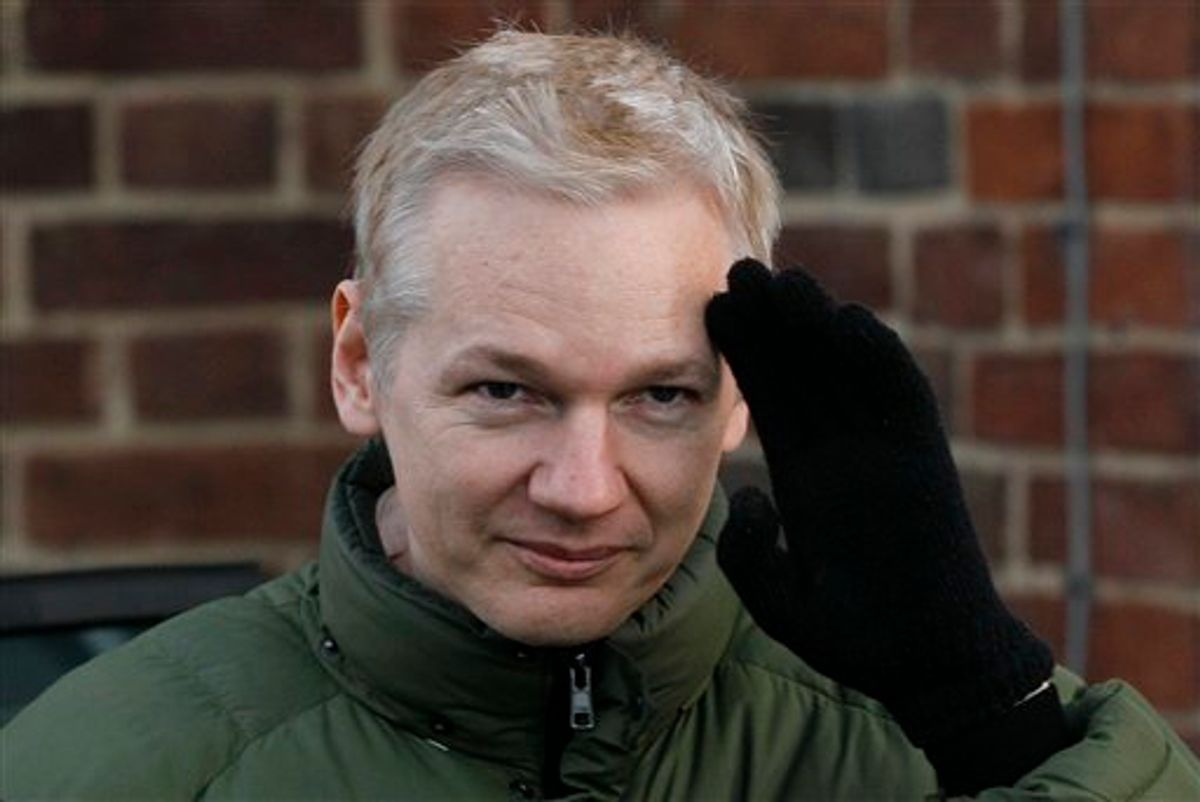 Julian Assange head of WikiLeaks gestures as he gets back into a car at Beccles Police Station in Suffolk, England, Friday, Dec. 17, 2010 after complying with bail conditions. Assange said he feared that the United States is getting ready to indict him, saying Friday that he believed that a grand jury was meeting to consider charges against him. He has repeatedly voiced concerns that American authorities were getting ready to press charges over WikiLeaks' release of some 250,000 secret State Department cables, which have angered and embarrassed officials in Washington. (AP Photo/Kirsty Wigglesworth) (AP)
--

Throughout this year I've devoted substantial attention to WikiLeaks, particularly in the last four weeks as calls for its destruction intensified.  To understand why I've done so, and to see what motivates the increasing devotion of the U.S. Government and those influenced by it to destroying that organization, it's well worth reviewing exactly what WikiLeaks exposed to the world just in the last year:  the breadth of the corruption, deceit, brutality and criminality on the part of the world's most powerful factions.

As revealing as the disclosures themselves are, the reactions to them have been equally revealing.  The vast bulk of the outrage has been devoted not to the crimes that have been exposed but rather to those who exposed them:  WikiLeaks and (allegedly) Bradley Manning.  A consensus quickly emerged in the political and media class that they are Evil Villains who must be severely punished, while those responsible for the acts they revealed are guilty of nothing.  That reaction has not been weakened at all even by the Pentagon's own admission that, in stark contrast to its own actions, there is no evidence -- zero -- that any of WikiLeaks' actions has caused even a single death.  Meanwhile, the American establishment media -- even in the face of all these revelations -- continues to insist on the contradictory, Orwellian platitudes that (a) there is Nothing New™ in anything disclosed by WikiLeaks and (b) WikiLeaks has done Grave Harm to American National Security™ through its disclosures.

It's unsurprising that political leaders would want to convince people that the true criminals are those who expose acts of high-level political corruption and criminality, rather than those who perpetrate them.  Every political leader would love for that self-serving piety to take hold.  But what's startling is how many citizens and, especially, "journalists" now vehemently believe that as well.  In light of what WikiLeaks has revealed to the world about numerous governments, just fathom the authoritarian mindset that would lead a citizen -- and especially a "journalist" -- to react with anger that these things have been revealed; to insist that these facts should have been kept concealed and it'd be better if we didn't know; and, most of all, to demand that those who made us aware of it all be punished (the True Criminals) while those who did these things (The Good Authorities) be shielded: 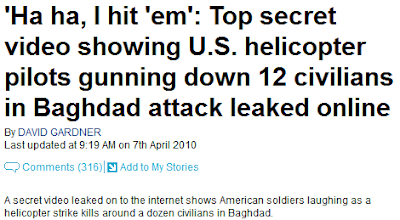 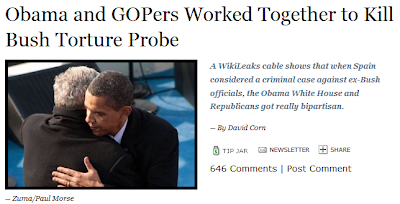 Will Bunch, The Philadelphia Inquirer, responding to the cables from Spain, December 1, 2010: 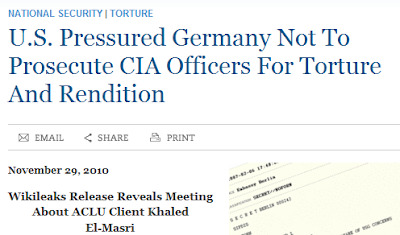 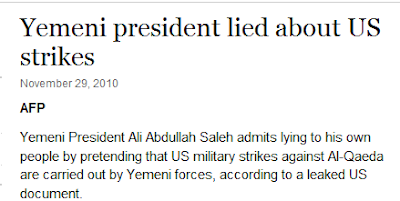 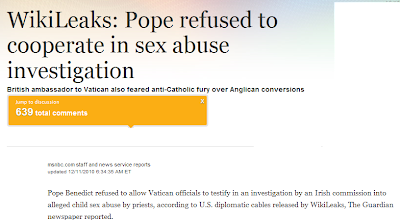 Those are just some of the truths that led WikiLeaks -- and whoever the leaker(s) is -- to sacrifice their own interests in order to disclose these secrets to the world.