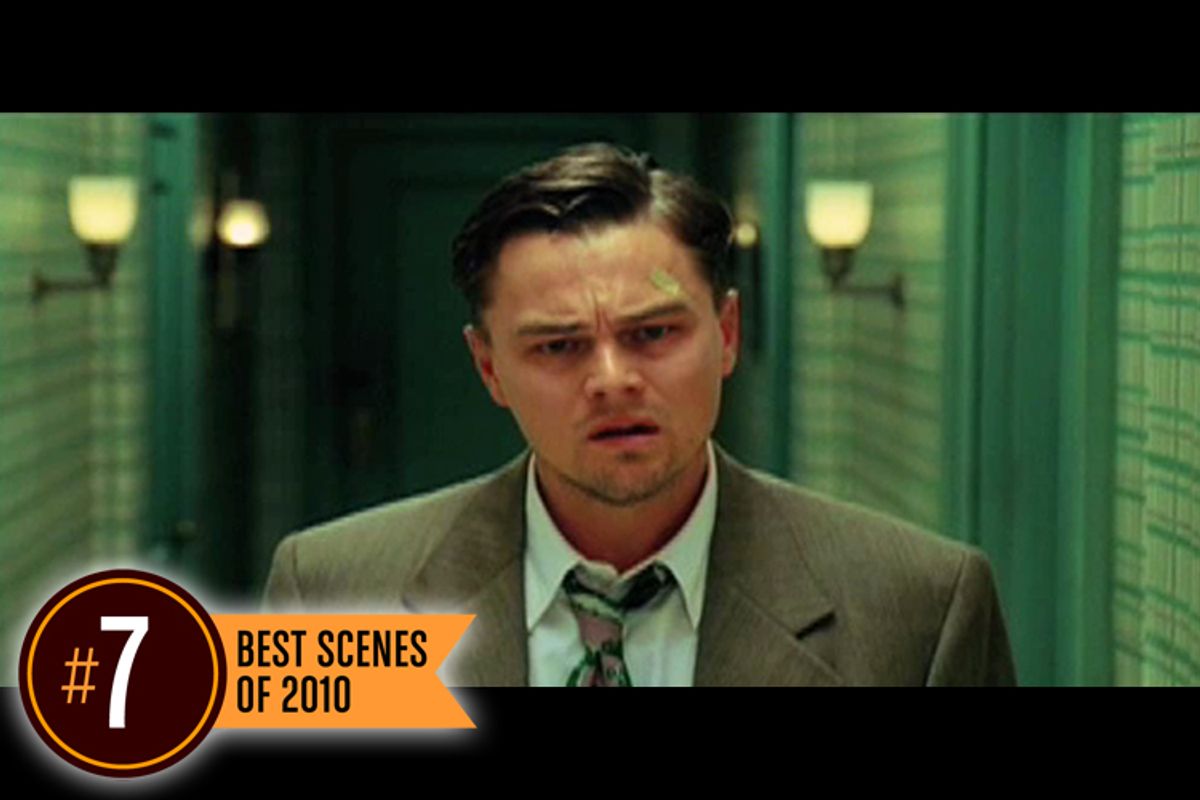 Recent film history is filled with movies that have twist endings or twist narratives -- movies in which a character you thought was male turns out to be female, or the hero turns out to be a ghost, or the hero's best friend turns out to be a figment of his imagination, etc. "Shutter Island" isn't one of those movies. Minutes after U.S. Marshal Teddy Daniels (Leonardo DiCaprio) and his partner Chuck Aule (Mark Ruffalo) arrive on the island that houses the titular mental hospital, you know something is amiss -- that the mystery these men are investigating isn't the real mystery, that what we're seeing is some sort of projection on Teddy's part, although we don't yet know of precisely what. Which is another way of saying that although "Shutter Island" is a deeply subjective film, it plays fair with the audience, never leading you anywhere that it didn't at least hint that it would go.

Scorsese, a technically brilliant director never known for subtlety, displays an intuitive, relaxed touch in this scene. What I like in particular about it -- and all the dream/fantasy/memory sequences in "Shutter Island" -- is the multifaceted quality of its imagery. Most dream sequences in films and TV shows are boringly one-dimensional; the images mean exactly what we think they mean and nothing more. "Shutter Island" understands that the subconscious is a rich and prismatic place, one where a location, a person, a situation or a name can have several meanings at once. Teddy is working through a lot in this sequence. In retrospect, pretty much every important facet of the story -- and the hero's psychological predicament -- is foreshadowed in these few eerie minutes.