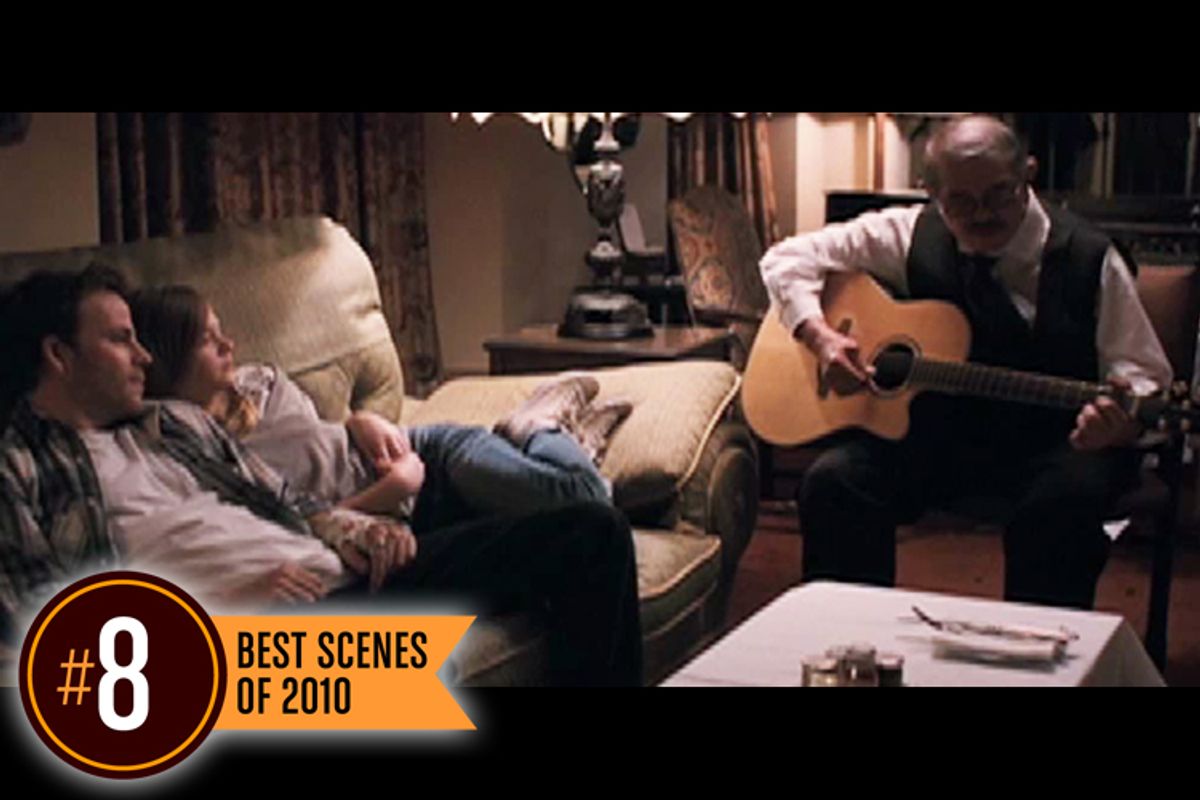 "Somewhere," about a divorced, bored, spoiled action film star (Stephen Dorff) who becomes more alive and alert when his daughter (Elle Fanning) comes to visit, is a stylistic departure for its writer-director, Sofia Coppola. Her previous movies ("The Virgin Suicides," "Lost in Translation" and "Marie Antoinette") were built around montages and music, and parts of the films were so dissociated and dreamy -- chock-full of dissolves and slow fades -- that they recalled the films of Hong Kong sensualist Wong Kar-wai ("In the Mood for Love").

"Somewhere" is much more austere. With a "we'll get there when we get there" feeling reminiscent of the '70s cinema the director adores, Coppola takes her sweet time and only goes places that interest her. The movie is less of a story than an experience, a mood, a set of situations -- something you look at and listen to and either engage with or don't; perhaps more like an album of aloof yet mysterious pop songs than a typical American narrative film.

As much as I admire the film's stylistic cojones, I can't entirely recommend it, mainly because the hero is such a numb (and when he opens his mouth, shallow) question mark that the investment-to-reward ratio seems out-of-whack, like spending two hours cracking open a safe that turns out to contain half a bag of M&M's. (I prefer Coppola's first two films, which are structurally almost perfect and much less withholding.) Still, I can't deny that "Somewhere" is brilliant in places and occasionally devastating -- especially in this scene, which highlights a realistic moment of affectionate bonding that just sort sneaks up on the father and his daughter and sinks in without announcing itself.