This stylistic break in the gripping Ozark drama may seem random at first, but it makes perfect sense 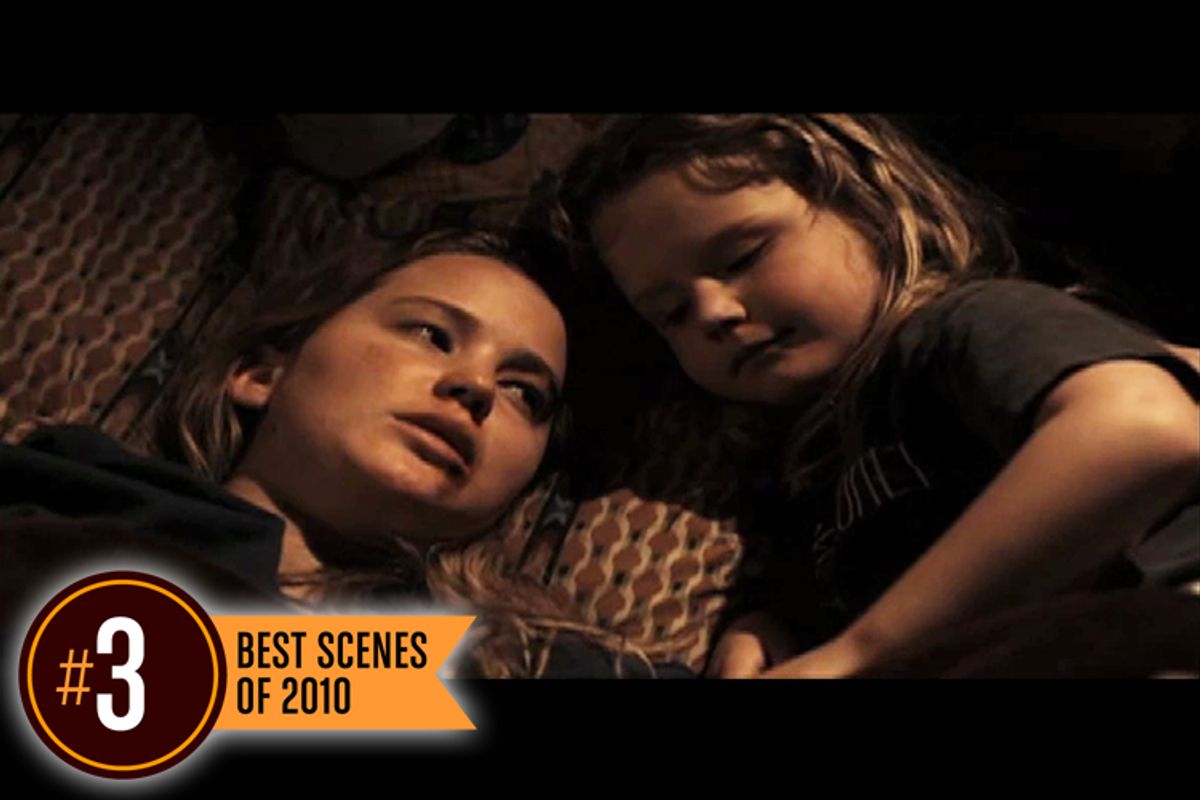 Atmosphere is everything in this film version of Daniel Woodrell's novel, set in a poor rural area of the Ozark mountains, where life seems to have changed little in the last 50 years. When the film begins, 17-year-old Ree (Jennifer Lawrence) is already under immense pressure, caring for two younger siblings and a mentally deteriorating mother after her dad — who was never much help to begin with — has gone AWOL, maybe for good. When she's given less than a week to save her family's home — the only thing standing between them and the hard lives of woodland creatures — the strain becomes nearly unbearable.

The scene we've highlighted here occurs about two-thirds of the way through the story. It's the most surprising scene in the film, not because it gives anything away — it's a dream sequence, with oblique imagery that invokes earlier events and foreshadows future ones — but because it's stylistically different from the rest of "Winter's Bone." It's almost a little abstract short film stuck in the middle of a visually conservative, Deep South spin on hard-boiled detective fiction. But it only feels random the first time you see it; by the time the final credits roll, every part of it — from the close-ups of panicked woodland creatures to the roar of chainsaws — makes perfect, beautiful sense.