After cancer, I was lucky to keep my hair. But when I had to stop dyeing it red, I lost a part of myself anyway 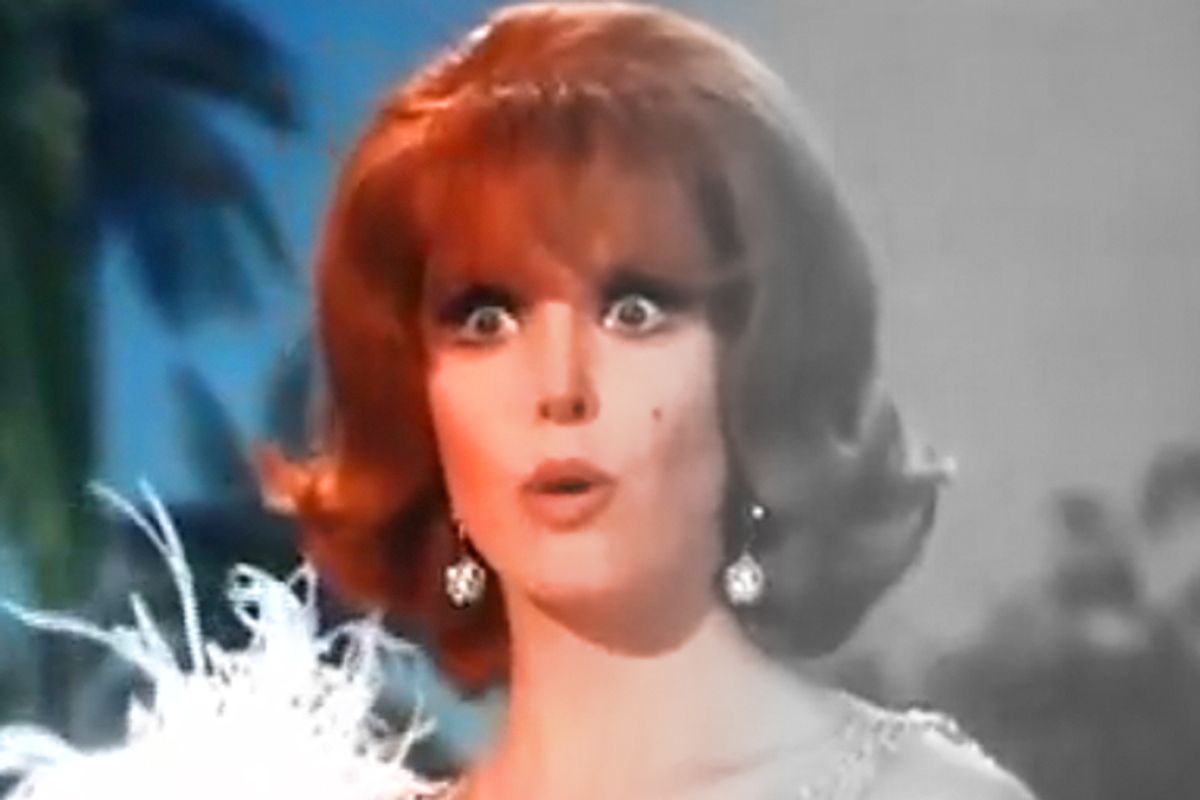 My first thought was, oh, thank God. I'm actually going to get to live a little longer. My second was, what do you mean I can't color my hair?

Just a week after my sudden, shocking diagnosis of malignant melanoma last summer, I was on an operating table having a five centimeter circle of skin removed from the top of my head. What followed was weeks of often spectacular pain, a truly disgusting skin graft infection, antibiotics, topical creams, gauze bandages, Percocets, and the most delicate of tending and hair washing. That circle of emptiness on my head made sleep elusive and fitful, messed up more than one pillowcase, and put a hell of a lot of limits on what I could do in yoga class and during sex. But the worst part was that it was a constant reminder that I had cancer -- a nasty, deadly cancer.

So when my doctor told me my melanoma had been successfully removed and that my cancer had not spread to my lymph nodes, I was elated. When, a few weeks later, she cooed over my much-healed head like it was a rosebud perfect newborn, I sighed in deep relief that I wouldn't have to endure another skin graft. Then I pushed my luck -- and broached the pressing matter of my hair. It was the height of autumn already. The sparse trees outside the hospital were aflame with vibrant color. I, sadly, was not. My roots were getting ridiculous.

Like Anderson Cooper, Kenny Rogers and all the women in my family, I began going gray at an early age. I started coloring my hair -- a deep chestnut by birth but a flirty auburn by choice -- even earlier. I have never not dyed my hair. I have dyed my hair while I was on unemployment. I dyed my hair when I was pregnant. And when I was told I would likely have to go through chemo, I assumed that as long as there were still follicles on my head, I'd dye them until the last strand fell out.

How could I even contemplate otherwise?

I have, for my entire adult life, based my personality on my crowning glory, endeavoring to live as adventurously and fearlessly as would befit a redhead. I knew almost from the moment of my diagnosis that a redhead is not going to let a little malignancy get in the way of her good times. But I didn't know what would happen to the woman underneath when that red hair was under siege.

I have so far avoided chemo. I have so far avoided the worst of cancer. I am the luckiest woman on the planet. But long after my surgery, when my immunologist looked at my head and undiplomatically remarked, "Looks like you've got a couple of different colors going on back here," I was stung to the core.

I had by now spent months underneath hats and scarves, a protective necessity. I loathed it. I'm not really the babushka type. But it was infinitely preferable to the ravages beneath -- a tangle of faded-out Feria, two inches of gray-flecked brunette, a ring of spiky cowlick where I'd been shaved, split ends, and a skin graft that was still seriously scabby and smeared with Silvadine cream. No wonder I had dared to inquire, when my doctor offered appreciative praise for how well I was recovering, if I could finally get a little much needed upkeep with a new cut and color.

"Oh noooooo," she replied, as if I'd asked if I could start smoking unfiltered Camels. "We'll see how you're doing in January."

I was crestfallen -- and my crest had been through enough already. "January?" I asked, stabbing my finger in the direction of my noodle. "Do you know what this is going to look like by January?" She shrugged a "You're welcome for saving your life" look in my direction and replied, "It's just a little longer."

On the subway ride home, I contemplated all the future bad hair days that still lay ahead -- as well as a variety of desperate measures. I could go all Britney and shear off the whole works. As long as I avoided the scar I'd probably be all right. I could rock a crazy wig. I could keep hiding under Pucci prints indefinitely. Instead, I went home and cried inconsolably. Then I got another idea.

A few days later, I took my daughters to the beauty supply store, where we picked out a bold shade of temporary hair color. That evening, we stood together in the bathroom, the girls helpfully tilting the mirror as I cautiously combed copper streaks around my head. When I finished, we stepped back to admire the results. It wasn't perfect. It wasn't even really pretty. But it had an unmistakable, keeping up appearances charm. Then, either in solidarity or simple Moxie Girlz aspiration, they both squealed, "I'm next!"

Since that transforming evening, I've opted for a more realistic shade of streak, and as my scar continues to heal I've lately been working barrettes and ingenious comb-overs into my repertoire of scarf and hat wearing. If you look at me head on, sometimes, I almost look like my old self.

I'm not though. And I never will be. The hole in my head still hasn't fully closed up, and even when it does, even when and if I get the green light to go the full Nicole Kidman, a large portion of my head and my hair are gone forever. I'm not a starfish; I'll never grow back what I've lost.

I feel that loss keenly, every day. I feel it in the once mindless rituals of combing and washing and bundling up in earmuffs. I feel it when I'm afraid that my rough, ugly patch will shock a stranger or take the groove out of an intimate moment. Maybe that loss sounds like a minor issue -- and in the scheme of stuff one must deal with regarding cancer, in many respects it is. But if you think it's silly to shed tears over something as superficial as appearance, if you would question how someone could grieve for hair, please come sit with me in a waiting room at Sloan Kettering sometime. When you get there, don't just look at all the people who are shorn and tufted. Look at the faces of the people sitting with them. Imagine what it feels like to have the world looking at you with that mixture of pity and concern and discomfort. Maybe then you'll understand the reason for those brochures about wigs fanned out on the coffee tables.

Cancer doesn't just ravage our insides, it frequently does a bang-up job maiming our exteriors. It takes breasts and limbs and flesh as payment for survival. And then it leaves us to quietly mourn our missing parts, while we try to reassure the rest of the world we're not defective freaks. As a family member who's going through chemo said over Christmas dinner, "I don't want people to look at me as someone sick." I don't either. Hell, I never even wanted people to look at me as someone who can't keep up her roots. It's not that I don't love my scar. It marks me as someone who's been to hell and back and I'm proud of that. But I don't want that spot on my head -- and the amateurish circle of streaks around it -- to define me.

That's why I care. That's why I cannot wait to resume my torrid relationship with L'Oreal. And on days when my kids and I are in the bathroom together taking turns painting different shades into our heads, clipping on little flowered barrettes, and arranging the parts in our hairlines just so, we're not just three females united in a ritual of vanity. We're a family trying to get back a little of what cancer has taken away. Because when I step outside and people look at me, I don't want them to see a disease. I just want them to see a redhead.