U.S. teenager tortured in Kuwait and barred re-entry into the U.S. 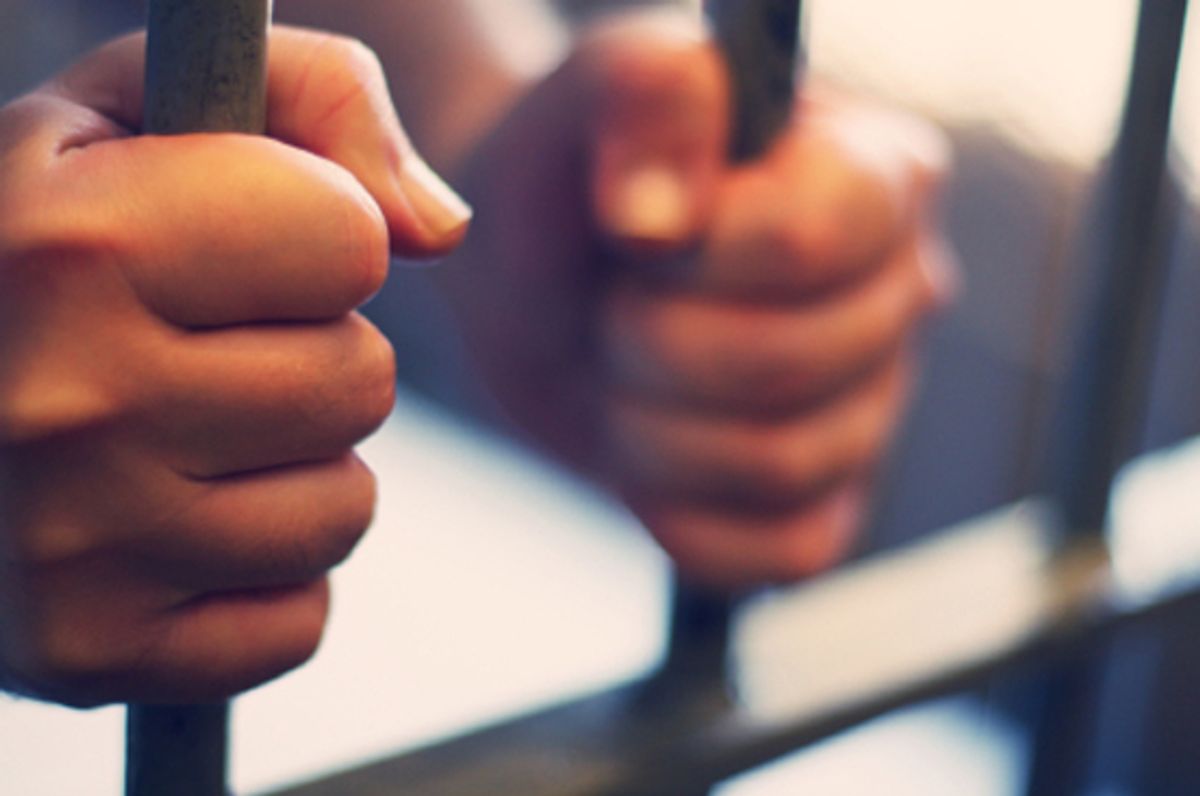 Gulet Mohamed is an 18-year-old American citizen whose family is Somalian.  His parents moved with him to the U.S. when he was 2 or 3 years old, and he has lived in the U.S. ever since.  In March, 2009, he went to study Arabic and Islam in Yemen (in Sana'a, the nation's capital), and, after several weeks, left (at his mother's urging) and went to visit his mother's family in Somalia, staying with his uncle there for several months.  Roughly one year ago, he left Somalia and traveled to Kuwait to stay with other family members who live there.  Like many teenagers who reach early adulthood, he was motivated in his travels by a desire to see the world, to study, and to get to know his family's ancestral homeland and his faraway relatives.

At all times, Mohamed traveled on an American passport and had valid visas for all the countries he visited.  He has never been arrested nor -- until two weeks ago -- was he ever involved with law enforcement in any way, including the entire time he lived in the U.S.

Approximately two weeks ago (on December 20), Mohamed went to the airport in Kuwait to have his visa renewed, as he had done every three months without incident for the last year.  This time, however, he was told by the visa officer that his name had been marked in the computer, and after waiting five hours, he was taken into a room and interrogated by officials who refused to identify themselves.  They then handcuffed and blindfolded him and drove him to some other locale.  That was the start of a two-week-long, still ongoing nightmare during which he was imprisoned for a week in an unknown location by unknown captors, relentlessly interrogated, and severely beaten and threatened with even worse forms of torture.

Mohamed's story was first reported this morning by Mark Mazzetti in The New York Times, who spoke with Mohamed by telephone, where he is currently being held in a deportation center in Kuwait.  I also spoke with Mohamed this morning, and my 50-minute conversation with him was recorded and can be heard on the recorder below.  Mazzetti did a good job of describing Mohamed's version of events.  He writes that during his 90-minute conversation, "Mr. Mohamed was agitated as he recounted his captivity, tripping over his words and breaking into tears."

That was very much my experience as well.  It may be difficult at times to understand all of what Mohamed recounts because he is emotionally distraught in the extreme, but it's nonetheless very worth listening to what he has to say, at the very least to portions of it.  Mohamed says he was repeatedly beaten with a stick on the bottom of his feet and his palms, hit in the face, and hung from the ceiling.  He also says his captors threatened him with both the arrest of his mother and electric shock, and told him that he should forget his family.

He still does not know why he was detained and beaten, nor does he know what is happening to him now.  Indeed, although Mazzetti writes that he was detained and beaten by Kuwait captors, Mohamed actually has no idea who was responsible, and told me that at least some of the people interrogating him spoke English.  He has been told that he will be deported back to the U.S., but is now on a no-fly list and has no idea when he will be released.  American officials told Mazzetti that "Mr. Mohamed is on a no-fly list and, for now at least, cannot return to the United States."  He's been charged with no crime and presented with no evidence of any wrongdoing.

This event is significant for multiple reasons, many of them obvious.  The questions Mohamed was repeatedly asked -- including two days ago by American embassy officials and FBI agents who visited him in the detention facility -- focused on whether he knew Anwar al-Awlaki, the American cleric in Yemen who has become an obsession of the Obama administration, as well as why he went to Yemen and Somalia.  Kuwait is little more than a subservient American protectorate, and the idea that they would do this to an American citizen without the American government's knowledge, if not its assent and participation, is implausible in the extreme.  That much of the information they sought from Mohamed is of particular interest to the U.S. Government only bolsters that likelihood.

Independent of all that, the U.S. Government has an obligation to protect its own citizens.  Mohamed described to me how both embassy officials and the FBI expressed zero interest in the torture to which he had been subjected during his detention.  The U.S. Government has said nothing about this matter, and refused to comment about Mohamed's treatment to The New York Times.

All of this underscores the rapidly expanding powers the U.S. Government and law enforcement agents within the country are seizing without a shred of due process.  For the government to put an American citizen on the no-fly list while he's traveling outside the U.S. is tantamount to barring him from entering his own country -- a draconian punishment, involuntary exile, meted out without any due process.  In June, the ACLU filed a lawsuit on behalf of several citizens and legal residents who -- like Gulet Mohammed -- have been literally stranded abroad and barred from returning with no hearing, simply by being placed secretly on the no-fly list.  Add to that the growing seizures of the laptops and other electronic equipment of American citizens re-entering the country without any warrants -- or even yesterday's ruling from the California Supreme Court that police officers can search and seize someone's cell phone without a warrant when arresting them -- and (even leaving aside the administration's ongoing due-process-free prison camps and assassination programs) these are pure police state tactics.

The Bush-era torture scandal was as much about its use of torture-administering allies as it was the torture regime which the U.S. itself created.  In the face of these credible allegations -- just listen to this American teenager talk and assess how credible he is -- the Obama administration, at the very least, has the obligation to inform the public about whether this is true, what its role was, if any, and what it's doing to investigate and protest this abuse of its own citizen.

My discussion with Mohamed can be heard by clicking PLAY on the recorder below.  I'm posting it in its entirety without edits, except for the last minute or so where we discussed how we came to speak, information I'm withholding at his request:

UPDATE:  Mohamed's family has now secured a lawyer for him, Gadeir Abbas of the Council on American-Islamic Relations, who has written a letter to the DOJ raising all the right questions and demanding all the right assistance.  Nobody should have to ask the government to provide this form of assistance to an American citizen under these circumstances.