Johnny Weir comes out -- but what took so long?

The skating champ claims he hid his sexuality because he wanted privacy. But does his argument make any sense? 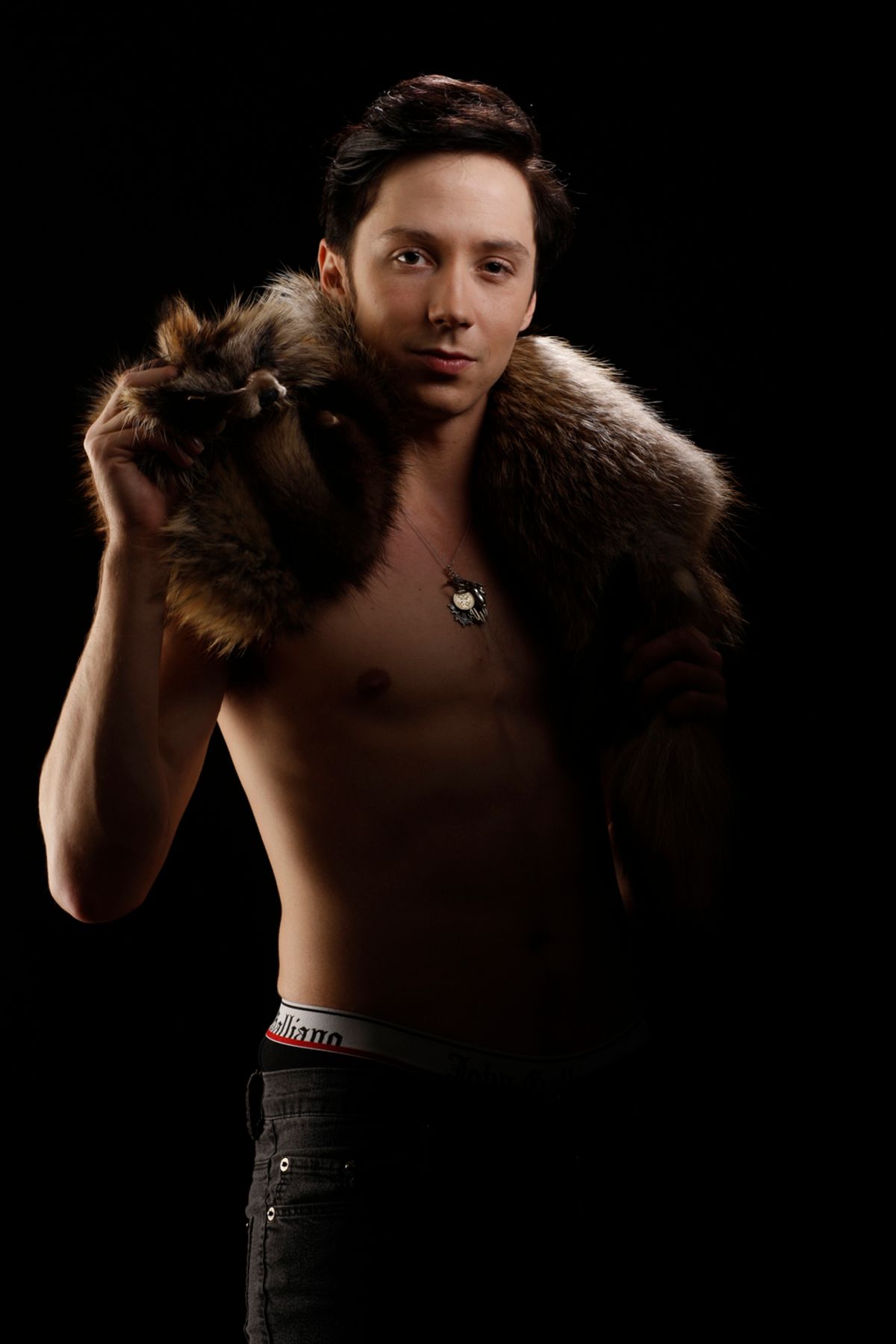 On the cover of his new memoir, "Welcome to My World," figure skating champion Johnny Weir reclines in shiny jewels and a pair of sky-high stilettos under an enormous disco ball. The book also reveals (SPOILER ALERT) that he's homosexual.

In an excerpt for the new issue of People, Weir says decisively, "In a sexual way, I'm gay." I know. You probably haven't been this stunned since Ricky Martin came out. Or Clay Aiken. Or Adam Lambert. Or George Michael. Oh, Johnny, how did you manage to keep it to yourself for so long? And though he adds, "I would marry a woman tomorrow if it struck me. I don't think sex and relationships necessarily have to go together," that frank admission is a big step from a man who has always steadfastly refused to comment on his orientation, saying, "I don't feel the need to express my sexual being because it's not part of my sport."

Why the sudden frankness? It's a safe guess that he wouldn't have much of a memoir if he didn't acknowledge his identity. More than that, though, he seems ready to fully embrace the job of role model. "With people killing themselves and being scared into the closet," he says, "I hope that even just one person can gain strength from my story."

Of course, the real shocker here isn't that a man who embodies one-third of Homer Simpson's directive that "I like my beer cold, my music loud, and my homosexuals flaming" is gay; it's that he felt the need to keep it "private" for so long. I don't like to generalize, but if you're wearing that much marabou and you're not Lenny Kravitz, I'm not putting odds on straight. And Weir has certainly never tried to pass himself off as a lady-killer. As he tweeted Friday morning, "I don't remember ever pretending to be something other than I am, nor do I remember living with my coats inside a wardrobe. I just live."

Yet he admits that he was consciously being circumspect about his identity, an act of minor rebellion and nonconformity. "A lot of the gays got downright angry about my silence. But pressure is the last thing that would make me want to 'join' a community. The massive backlash against me in the gay media and community only made me dig my 'closeted' heels in further."

And what a pair of heels they are. It's understandable that someone as defiantly individual as Weir would bristle at the notion of being identified as part of any group. He's the kid who got into his sport by teaching himself to roller skate in his parents' basement. Since then, he's carved out a nose-thumbing, I'll skate it my way persona on the ice, leaving a devastating trail of fox fur, sparkles and detractors in his wake. His chief rival Evan Lysacek coyly noted to the Times in 2008 that some people "think the definition of being dressy or dressing up is like having glitter all over you; to me that's just such a joke. It’s a little frustrating when people are like, 'It’s a show — you’re in a show, right?' Like Ice Capades." In his quest to be both a serious athlete and a self-described "diva," Weir has fiercely resisted typecasting of all kinds, so it's in character that the only label he'd want to wear would be couture.

But there is something encouraging about the same man who once told the New York Times, "There are some things I keep sacred. My middle name. Who I sleep with. And what kind of hand moisturizer I use," also embracing that identity as at once "sacred," "private" -- and nothing to hide. It's not as if any high-profile straight people out there are demanding their "privacy" regarding their orientation. Shaun White has never thrown up a smoke screen about whom he dates, and Lance Armstrong has never declared his straightness a "private" matter. If the fuzzy ideals of sacredness and privacy only apply to gay people, then they're really not much of either. And frankly, if you have your own reality show, your pleas of what is sacrosanct go a good distance out the window.

Stars like Weir who've come out in their own time are as much entitled to personal lives as anyone else, and they are certainly to be commended for not bowing to outside pressure by charting their own course of public disclosure. But every time someone comes out and says, "This is who I am," it normalizes sexual identity a little more for everybody else. Because sometimes privacy can look a lot like embarrassment to outside eyes. "I’m not ashamed to be me," Weir says. Who he is is an ice skater. A Pennsylvanian. And a gay man. How we define ourselves to the world is everything, and maybe sometimes it can be incidental too. And it's OK, Johnny Weir. You're all those things, and you're still every inch a one-of-a-kind.