When a dangerous city cuts half its police force 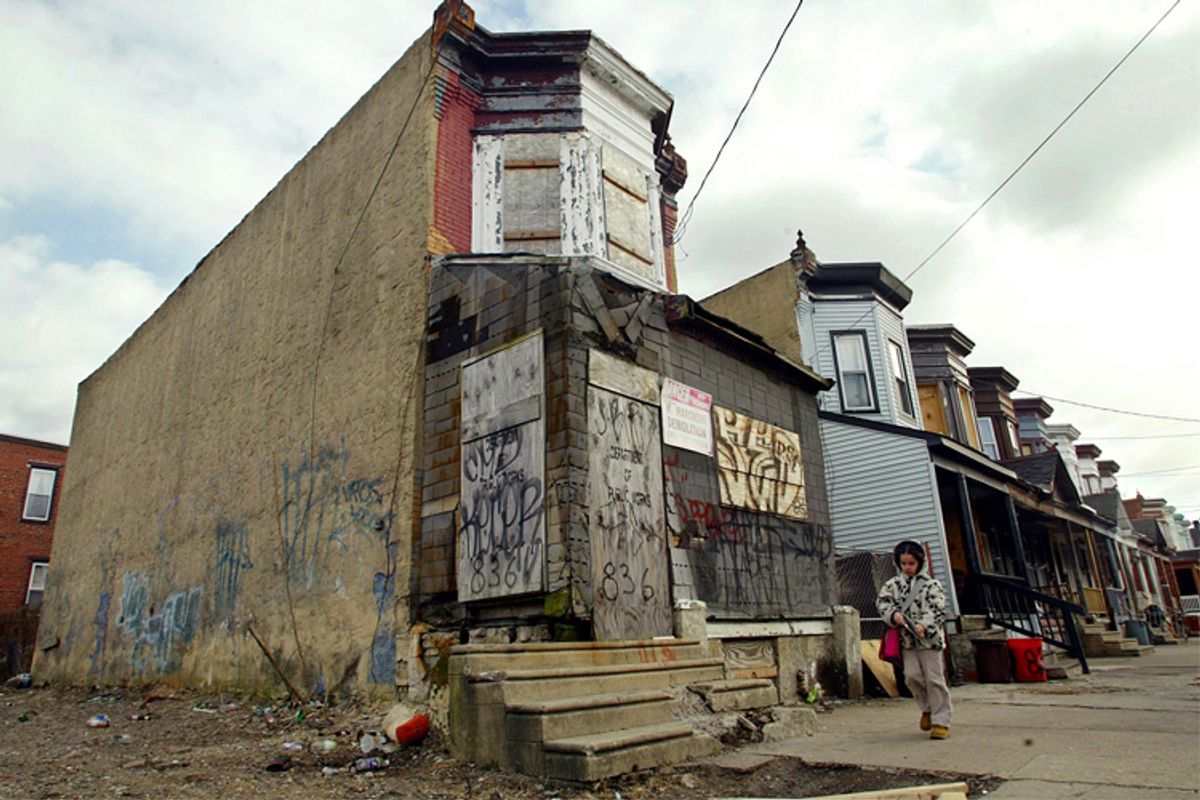 Camden, N.J., one of America's poorest and most dangerous cities, is set to lay off half of its police force today. The fallen industrial giant is facing a $26.5 million budget deficit thanks to declining state aid and tax revenue.

Barring a last-minute resolution, 167 of the 373 police officers who patrol the city’s eight square miles, along with a third of its firefighters, will get pink slips. The police union and the city are trading accusations: Mayor Dana Redd accuses the police of failing to make concessions, a charge the Fraternal Order of Police denies.

"It’s going to be difficult," says Camden County prosecutor Warren Faulk, "but I think the plan that Chief [John] Thomson has in place is going to provide the necessary police on the streets to protect the public."

But the prosecutor’s office is also facing potential layoffs this spring amounting to a quarter of its staff, including 18 assistant prosecutors and 26 investigators. They are negotiating with the county in an attempt to find a solution.

"It’s going to be a hard lift," says Faulk. "We’re going to prepare for the worst."

The hard-luck city, whose population has shrunk from over 120,000 to just 79,000 in recent decades, lies just across the Delaware River from Philadelphia and was once home to Campbell Soup factories and RCA Victor. Walt Whitman is buried here, where he spent his last two decades of life revising "Leaves of Grass." "I dreamed I saw a city invincible," a line paraphrased from that poem, is engraved on the city hall’s facade. Deindustrialization has remade Camden into a regional hub for narcotics trafficking, prostitution, corruption and joblessness, plagued by violent battles over drug corners. Three mayors over a two-decade period have ended up behind bars.

According to Faulk, the police department is planning to shift resources to ensure that there is no reduction in street patrols. While the move could prevent the crime rate from going up, it will eviscerate the department’s detective unit, weakening its ability to investigate cases before turning them over for prosecution. Investigators in the prosecutor’s office had been planning to pick up the slack. Layoffs in the prosecutor’s office would make that nearly impossible.

The Fraternal Order of Police recently took out a full-page ad in the Courier-Post warning that Camden will become a "living hell" after the layoffs. And Camden County's Board of Freeholders (essentially the county legislature) is exploring the idea of creating regional police and fire departments, which could lower costs. But such a solution is far off and could prove controversial.

Camden has struggled with budget shortfalls for years and is heavily dependent on state aid. Just $21,000,000 of the $138,803,887 budget comes from local tax revenue. Republican Gov. Chris Christie sharply cut funding to municipalities after vetoing legislation to raise taxes on the state’s millionaires. The recession has led to lower tax revenue nationwide. With stimulus funds running out and governors from both parties lining up against tax increases, state shortfalls are hitting cash-strapped municipalities hard. In a deindustrialized city like Camden, the recession has only compounded deep social and economic problems decades in the making.

"The city has massive problems that go beyond its crime rate," says Faulk. "That’s for sure."

Camden was the second most dangerous city in America in 2009, according to an annual study by CQ Press, and its median income of $26,752 puts it within the margin of error of being the country’s poorest.

In 2010, the city emerged from a failed seven-year state takeover, transferring executive power from a chief operating officer appointed by the governor back to the mayor. The aquarium had been rebuilt on the waterfront, and emergency rooms and university campuses were expanded. The result was nowhere near the transformation promised in 2002, and left the city’s neighborhoods largely untouched.

"Camden residents are just as poor today and just as likely to be murdered," according to a 2010 Philadelphia Inquirer investigation of the takeover. "Not one leader of the recovery takes responsibility for its failings."

The Camden County Democratic Party machine funneled much of the $175 million in bonds, loans and appropriations to big-ticket downtown and waterfront projects managed by allies in organized labor. The program did little to deal with the city’s abandoned buildings or repair the decrepit sewer system, two glaring needs.

The effect is a sort of Green Zone: a small bubble where the white and middle class, tens of thousands of whom moved away over the past half-century, walk the streets. An unprecedented inter-agency law enforcement task force with representatives from the state and local police, county and state prosecutors, FBI, DEA, ATF and U.S. attorney operates out of the downtown office building of military contractor L-3 Communications.

Many downtown properties are tax-exempt government and educational buildings or developments that benefit from tax abatements, further undermining the city’s revenue base. Most manufacturing and industry has left a city that once employed thousands making soup or building ships. In 2010, the entire city library system was set to close before the county agreed to a takeover.

In November, Camden lost the title of America’s Most Dangerous City, bumped down to No. 2 by St. Louis. It’s a hard victory to celebrate. Camden’s open-air drug markets persist, in large part serving suburban customers. According to the Courier-Post, drug stings last November led to the arrest of 48 buyers, 34 of whom were from outside the city, including suburbs like Cherry Hill and Collingswood.

"All of the drug buyers come into Camden because the suburban communities don’t allow it," says Colandus "Kelly" Francis, president of the Camden NAACP.

Like many failed cities, Camden’s problems have regional roots. Camden is literally the dumping ground for neighboring South Jersey communities. It is home to an incinerator and sewage treatment plant that takes care of the dirty work for most of the county’s 37 municipalities. Camden absorbs the bulk of the county’s low-income housing, while neighboring suburbs do their best to keep the poor out. The city is almost entirely black, Puerto Rican and Mexican.

Francis is cynical about local police, pointing to the five officers indicted in 2010 for robbing drug dealers to resell the narcotics. He says that when it comes to police, Camden needs quality rather than quantity.

"There’s nobody in Camden who believe there are only five. You don’t stop drug dealing with that kind of police force."

Francis also faults the city for hiring officers that it would not be able to afford in the long-term, including dozens initially paid for by the federal COPS program. And he says most city police live, shop and pay taxes elsewhere.

"Historically, people get wary of Camden," says Howard Gillette, a professor of history at Rutgers-Camden and author of "Camden After the Fall." They either try to put some distance by staying out of Camden, or are critical, blaming Camden for its own problems. I think in the 21st century there’s a growing realization that our chief economic unit is a region. If you have something really dragging down the region, either economically or socially at the core, if they became burdens on the region, the region suffers as a whole. There’s wonderful evidence that if you strengthen the core, you strengthen the whole. Camden needs to be restitched into its region. It was once its heart."

Though New Jersyeans are fragmented among 605 school districts and 566 municipalities, their problems are regional. Some of the older suburbs around Camden already grapple with a declining tax base and white flight. If the region doesn’t take responsibility for shared problems, the city line won’t offer much protection.