"Dead Space 2": Your mom doesn't want you to play this video game 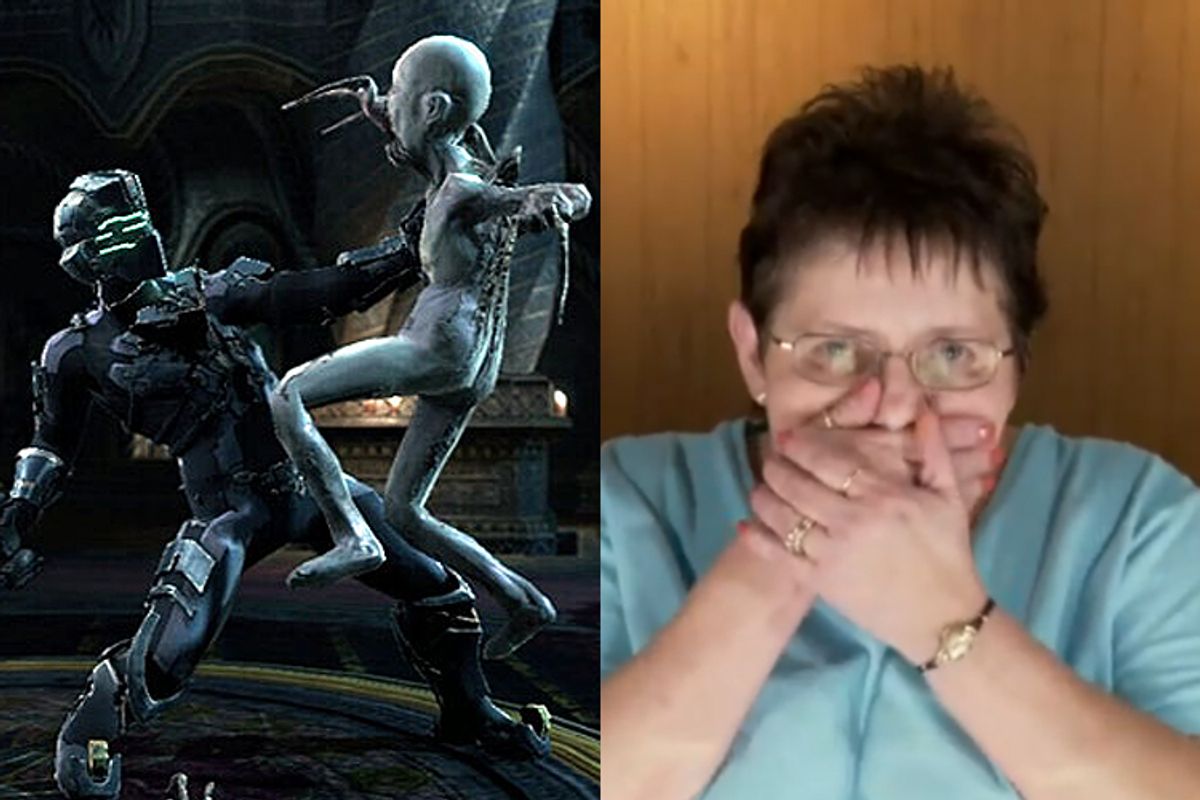 The ads promise that "It's revolting. It's violent. It's everything you love in a game." It's already garnered positive reviews from PlayStation Magazine and Edge, which called it "nothing short of brilliant." But that's not "Dead Space 2's" biggest selling point.

In an attention-getting new campaign for EA's soon-to-be-released action horror sequel,  you can get a little taste of the visuals of the game itself, but the real salesmanship comes in the form of the horrified faces of a succession of middle-aged women. The promise? "Your mom is gonna hate it." Freaking out the 'rents -- it's been the driving force of so many decisions in your life already, so why not this?

What's quaintly adorable about the EA campaign is that, nearly 14 years after "Grand Theft Auto," the gaming industry is still using the promise of turning kids into soulless little sadists as a selling point. This stuff will taint your mind, we swear! You're going to have to sneak over to your friend's house, the one with the alcoholic dad who doesn't pay any attention to his emotional development, if you want to play this! Because if your mom gets an eyeful of this necro alien zombie carnage, you are so totally in for an uncomfortable meeting with the guidance counselor. Just to drive home the point, "Dead Space" also has the inevitable Twitter stream, hashtagging its twisted heart out to #yourmomhatesthis. You are so badass, "Dead Space"! Your mom probably doesn't even know what a hashtag is!

But it's those ads, purporting to feature "real moms," that are the real pièce de résistance here. Standing in direct opposition to the creepy virtual world of "Dead Space," they feature decidedly unglam older women exhibiting what EA promises are "real disgust and fear" as they are subjected to the horrors of "Dead Space," part deux.

Now, I could make the point here that a 2009 study revealed that 40 percent of the gaming community is female, or that a PopCap survey last year revealed that the average gamer is -- surprise! -- a 43-year-old woman.   It's true that men and women game differently, but the reality is that a typical lady looking at "Dead Space" for the first time might not be like the slack-jawed female in the blue sweat shirt shaking her head and saying, "That's just icky. I may have a nightmare over that." She might say something like, "Yeaaaaah, I wasted your sorry behind!" But I understand that reinforcing  gender stereotypes moves merchandise.

There is, however, something unintentionally hilarious about the fact that the campaign for a game that's rated 17+ for "Blood and Gore, Strong Language, and Intense Violence" features a bunch of women who look like they could easily be the parents of basement-dwelling 30-year-olds. The gray-haired "Participant 0013" is surely not currently trudging through middle-school applications. Is EA suggesting that rebellious, "I don't care what you have to say, Mom!" gamers are adults who really should be able to spend the $59.99 with their own paychecks? Way to make your customers feel like winners, EA.

Yet for all its rather disingenuous button pushing, the EA campaign does flow from that great universal truth -- that "a mom's disapproval has always been a great barometer of what's cool." Tragic as that may be to accept for all of us aging hipsters who still fancy ourselves "cool,"  by God, they're on to something. Oh, we can wear all the hilarious T-shirts in the world and boast of being into Arcade Fire before they sold out, but there comes a time when the torch of embracing annoyingly shocking things must pass to a new generation.

But whether you're a 15-year-old kid who doodles dragons in his notebooks or a corporate lawyer unwinding at the end of the day, there's something intensely satisfying in knowing that somewhere, mother would definitely not be happy with your behavior. (Also, anything involving the words "your mom" is always funny.) While the moms in the EA campaign might not look anything like your own mother or that of your PlayStation addicted kid, it's still refreshing to realize that the generation gap somehow still matters. And no matter how many creepy creatures you can blow away, the most satisfying imaginary war of all is still the one against your parent's favor.