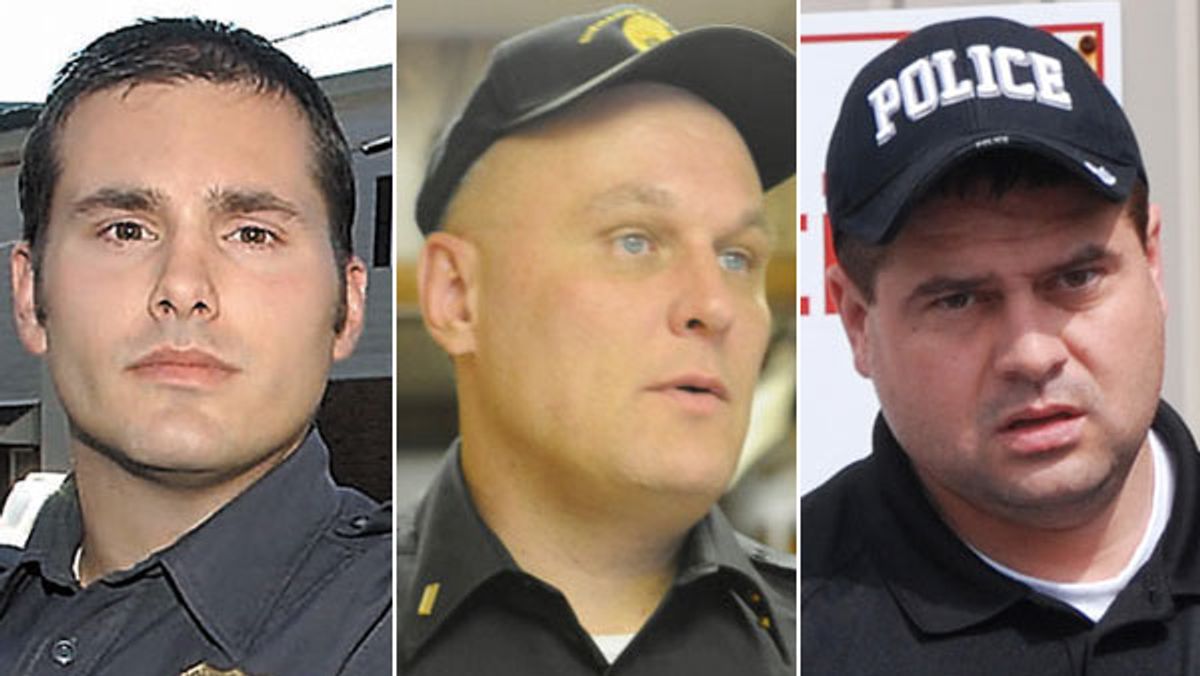 Federal prosecutors have rested their case against three former Pennsylvania police officers charged with orchestrating a cover-up of the beating death of an illegal immigrant.

An FBI agent testified Thursday that Moyer lied about what a witness said during the investigation. Moyer had told the agent, Adam B. Aichele, that Edward Ney saw a Mexican chasing a group of kids with a gun. A taped 911 call from Ney proves he did not make that statement and it was fabricated by Moyer.

The defense began calling witnesses Friday afternoon after its motion for acquittal was denied, according to the Republican-Herald newspaper of Pottsville.

Two of the men were convicted of a federal hate crime for beating and kicking Ramirez. They were supposed to face sentencing on Monday, but a judge rescheduled it for Feb. 23. Each faces 25 years in prison if convicted of all charges, while Moyer faces an additional five years if convicted of lying to the FBI, according to the Republican-Herald.