The man who cheated on Sandra Bullock can't stop oversharing about fiancee Kat Von D. Are we right to be annoyed? 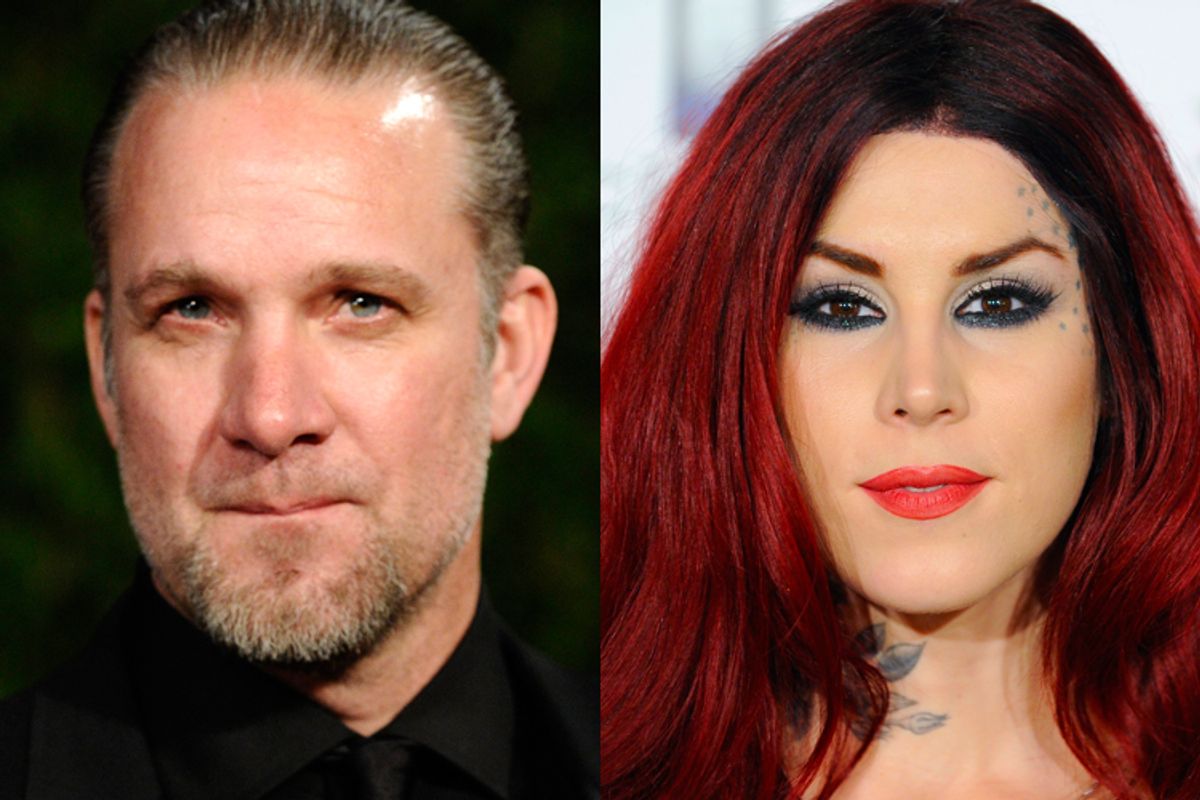 It was only a year ago that Sandra Bullock was tearfully clutching a Golden Globe and thanking her then husband, James, "There's no surprise that my work got better when I met you, because I never knew what it was for someone to have my back." The next month, James was gushing over her at the Oscars, saying, "She's beautiful. She's amazing. She takes my breath away." Two weeks later, in the wake of embarrassing revelations about his extramarital activities, James was issuing a public apology for "my poor judgment" in hooking up with Michelle "Bombshell" McGee and saying that "I deserve everything bad that is coming my way." Yet James seems to have bounced back quite nicely from all the bad karma he once professed to have coming his way.

Speaking to People magazine Thursday, James said: "You know, sometimes the public and press gets it wrong. This is one of those times. 2010 was actually the best year of my life because I fell in love with my best friend. An amazing woman who stood behind me when the world turned their backs. I have never met anyone so kind and loving and committed to making the world a better place every day. My love for her is beyond description. So honored that she said 'yes.' Growing old with her is going to be a f----n' blast!"

And the public declarations of ardor just keep coming. Last week he shared his love via Twitter, stating, "They say True love will always shine through. The only reason I started Twitter again? so I could publicly profess my love for @thekatvond." Since then, it's been a nonstop litany of similar tweet nothings: "Epic day comes to an end. Closing my eyes to dream about @thekatvond" "I miss @thekatvond the Most. Hurts." "@thekatvond para siempre mi amor." I know he's in love and all, but does the rest of the world really need to be in on all of this? Hasn't he ever heard of Skype? Or a diary? Unsurprisingly, the Internet community has cast a skeptical eye on the forthcoming nuptials. As comedy writer Caissie St. Onge sighed, "Oh, Kat Von D, don't you know every time Jesse James looks at you he'll be picturing *her* face tattoos."

James and Ms. Von D have as much right to -- and given the staggering American divorce statistics, probably as good a chance at -- future connubial bliss as anybody else. And for two public figures who've built their careers on their edgy, reckless personae, it would be unusual to conduct a romance that didn't include elements of impetuousness, oversharing and high school-level Spanish. James is not the kind of guy to take bride No. 4 with an abashed sense of "Let's give this one a shot." And anyone who's ever felt the sting of seeing an ex post happy photographs with a new love on Facebook (it's called the friend filter, and it's awesome) might feel a sympathetic pang for James' much-liked recent ex-wife Bullock. For him to discreetly, abashedly enter into his latest matrimonial gambit would not be in character for a man whose last girlfriend had the phrase "Pray for us sinners" written on her face. It's true that it all seems a little tacky and too soon. But it's his life. And he probably doesn't expect anybody to send a blender this time around anyway.