Former New Kid Jonathan Knight says he's not into women -- but for teen girls, that was always part of his appeal 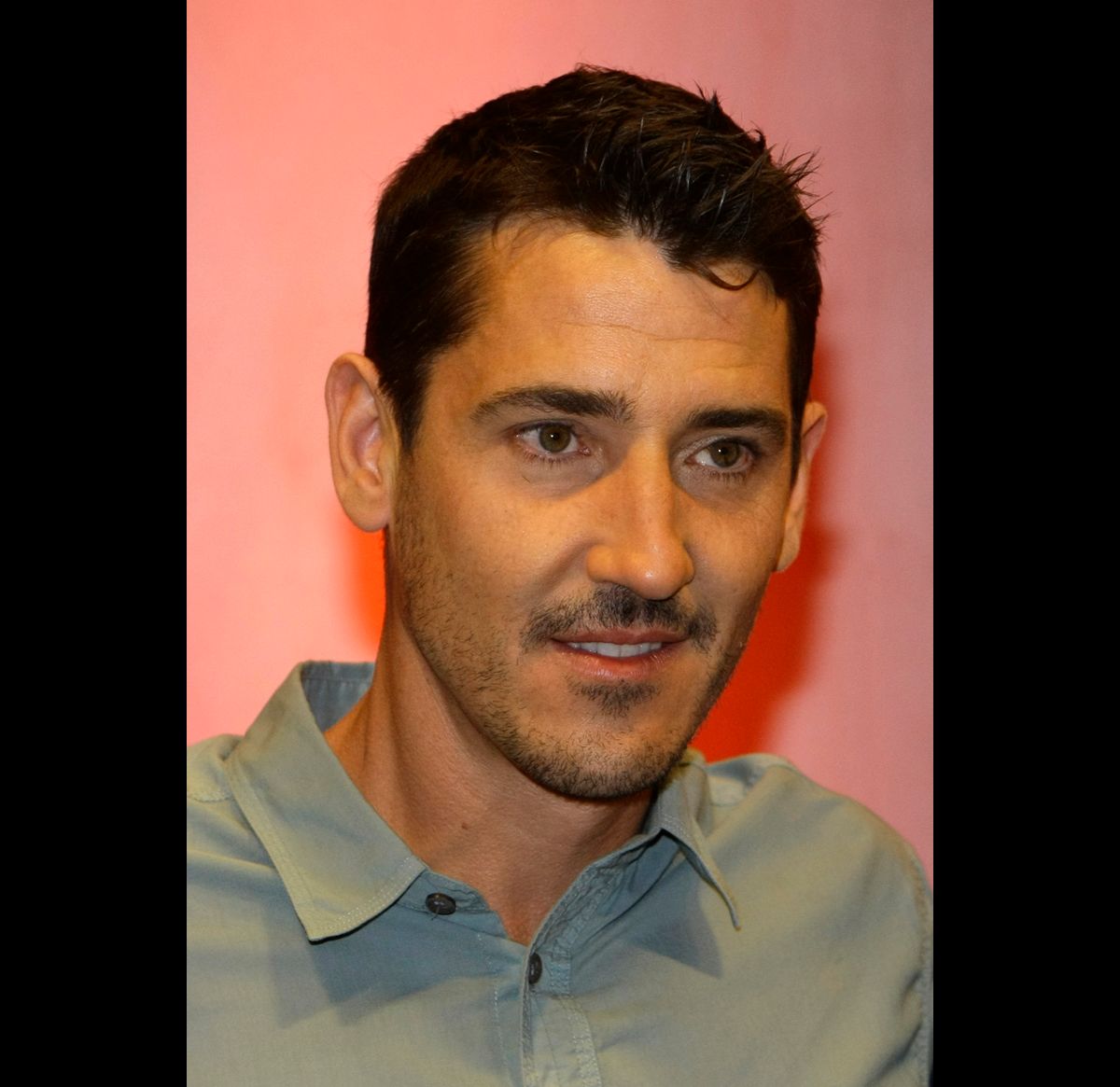 Jonathan Knight of the U.S. band 'New Kids On The Block' poses during a photo call in Munich July 9, 2008. The band, who have reunited after 14 years, are promoting their new single 'Summertime' which will be released in Germany on August 29. REUTERS/Michaela Rehle (GERMANY) (Â© Michaela Rehle / Reuters)
--

When New Kid on the Block Jonathan Knight confirmed this week that he's gay, the hearts of a few former big-haired mall girls no doubt broke a little. And several more brains likely thought: "Wow, a gay guy in a boy band. Next thing you know, lesbians will be turning up on the folk circuit."

The hazel-eyed dreamboat, no longer a kid but still hangin' tough and gearing up for a tour with the Backstreet Boys, insists his sexuality has long been no secret. But a blurted remark last week from, fittingly, none other than Tiffany made a more public declaration of his orientation prudent. On an appearance with her fellow '80s-era teen icon and "Mega Python vs. Gatoroid" costar Debbie Gibson on Bravo's "Watch What Happens: Live," Tiffany described the man she once dated as "The shy one. He's fabulous. But he became gay later."

Headlines were quick to describe the remark as an "outing," and Tiffany promptly took to Twitter to apologize. "Really didn't know that was the wrong thing to say ... Never meant to hurt Jon," she wrote. But Knight was swift to absolve her, tweeting back, "Please don't lose any sleep over it! I know you weren't being mean and I found it to be funny!" And considering that just days earlier he'd been linking to updates from LGBT youth suicide prevention group The Trevor Project, he certainly doesn't seem to have been making a secret of his life and the causes he cares about.

And in a terrifically insightful statement on his group's Web page, he clarified further: "I have lived my life very openly and have never hidden the fact that I am gay! Apparently the prerequisite to being a gay public figure is to appear on the cover of a magazine with the caption 'I am gay.' I apologize for not doing so if this is what was expected!" The statement, of course, was greeted with the headlines, "Jonathan Knight Comes Out of the Closet."

It should come as no great surprise to anyone who's ever been -- or been within earshot of -- a screaming tween fangirl that, sometimes, the boy crooning "Be My Girl" doesn't mean it. (There may however have been a grain of truth in "(You're My) Popsicle.") Sure, as often as not that Tiger Beat centerfold will grow up to be a man as aggressively hetero as Bobby Brown or Justin Timberlake. But the post-teen sensation revelations of N'Sync's Lance Bass and Menudo's Ricky Martin reveal something about what makes young girls' hearts go pitter pat. And make no mistake: If you were ever in a boy band, your gravy train ran exclusively on the formidable power of 12-year-old girls.

When those first stirrings of attraction kick in, young girls are generally not going to go for a boy who looks like he really, really wants to touch them in the bathing suit area. They're going to be for the boy who is handsome, sweet and eminently safe, the one of whom she can say, as Tiffany has of Knight, "We used to do facials together" (and not mean it as a dirty joke).

Pop music has always been, among other things, a gateway drug to sex. It's in the beat, and it's in the guy standing in front of the microphone pleading, "I Wanna Be Loved By You." But girls have many emotional rivers to cross before they decide that R. Kelly or, God help them, Insane Clown Posse  are what really stir their BPMs. And say what you will about the ovesexualization of our youth and the ways in which middle-schoolers are sexting their boyfriends, there still exists a moment of innocence, just as in the age of the Monkees or New Edition, when a girl wants a boy like those purity vow-taking Jonas Brothers. A boy like Bieber. Gay or straight, it's their aura of youthful safety that makes these guys so huge, that makes it okay for a girl to scream her desire without ever feeling like she'll be challenged to prove it in the back of the tour bus.

Sure, for some women, those early romantic yearnings for a guy who likes music and just holding hands can lead to years of broken gaydar. But I'm doubtful a generation of Gen-Xers who fervently kissed their Jonathan Knight dolls before going on to lust for Kurt Cobain are exactly stunned at Knight's alleged "outing." It was never about his sexuality. Yes, he's a man now and it matters now -- mostly to him. But back then, it was just about his sweet voice and handsome face. For a brief time in a fan's life, that's everything. And in that significant regard, Jonathan always had -- and still possesses -- the right stuff.