Gay adults on how they were "born this way" 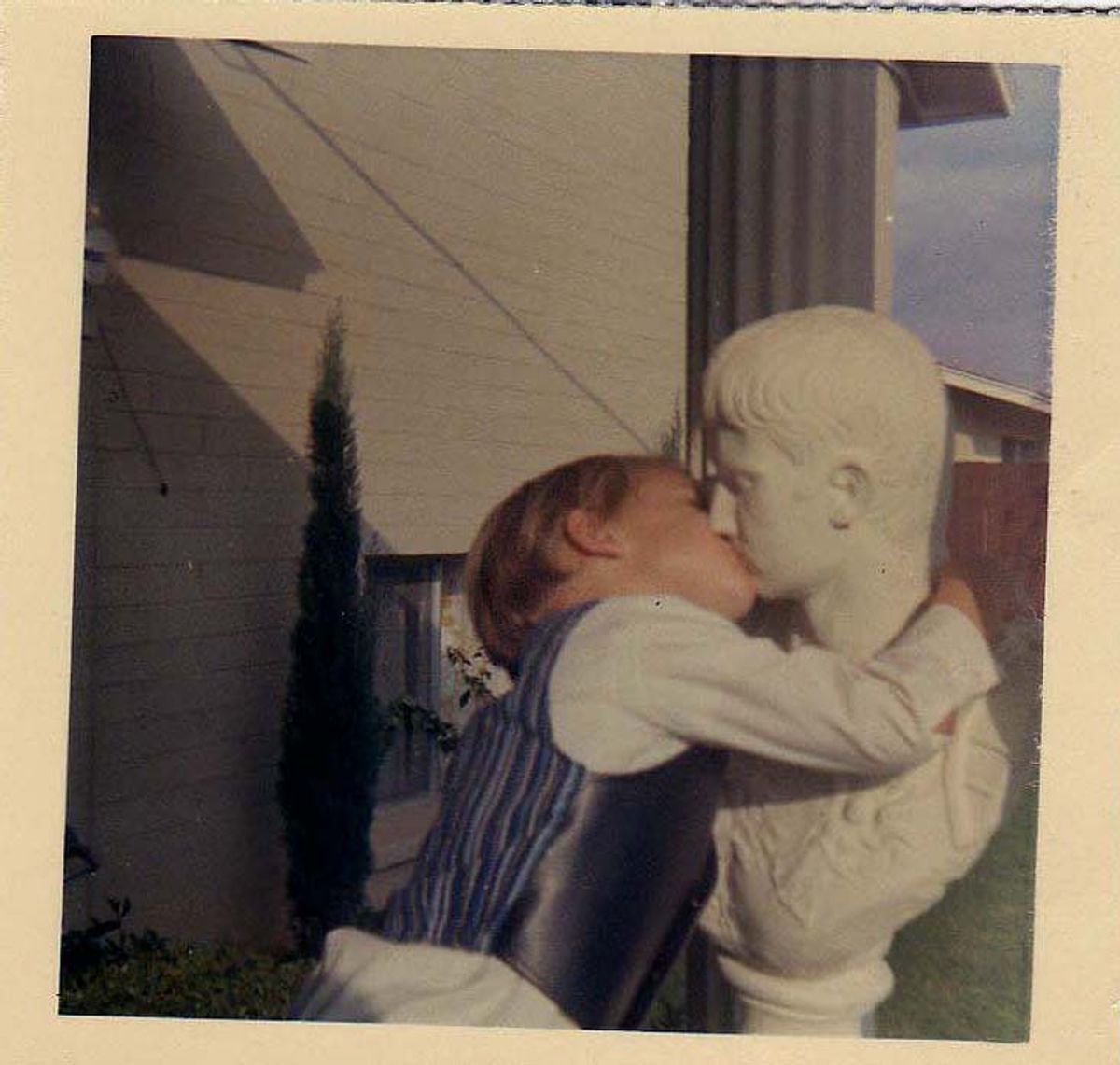 An image from Jackie Beat's childhood
--

Not every little girl grows up wanting to marry the prince. Not every adolescent boy wants "only one thing" from girls. You think that'd be obvious by now. Yet we have near-daily reminders that the world is full of small-minded bigots ever at the ready to condemn "the gay lifestyle" – bigots who sit on advisory boards, religious leaders who agonize over their "belief systems" and "boundaries," and political candidates who think being gay is "an option" that is neither "valid" nor "successful." Because they view homosexuality as something one does rather than something one is, it's easy for them to believe that if gay people just tried a little harder, they wouldn't keep bugging everybody with their pesky demands for basic civil rights. And they think that those boys and girls who seem somehow "different" just need a team sports or Barbie intervention and they can fixed before it's too late.

How inspiring, then, on the heels of the "It Gets Better" project, to find another refuge of tolerance and sanity on the Internet: the funny, occasionally heartbreaking "Born This Way." Sharing its name with Lady Gaga's forthcoming album, Los Angeles DJ Paul V.'s month-old blog has become an addictive compendium of childhood photos and stories "that capture …. OUR nature, our TRUTH!" And in Paul's own kickoff post -- with a preschool image of a friend with a hands-on-hips pose that would make Tyra proud -- he clearly explains that being born this way doesn't mean being born effeminate or butch. "Some of the pix here feature gay boys with feminine traits, and some gay girls with masculine traits," he writes. "And even more gay kids with NONE of those traits. And just like real life, these gay kids come in all shades and layers of masculine and feminine. And the sooner we teach all children that being gay is as normal (and biological) as being straight, then maybe it really WILL get better."

The images are as flat-out adorable – and brilliantly awkward --  as any childhood scrapbook, and the inclusion of each contributor's "first same-sex crush" should solidify Erik Estrada's place in the gay icon hall of fame. There are stories of  being made fun of, and stories of simply having fun, and the legendary drag queen Jackie Beat's enthusiastic macking on a bust of Caesar makes it pretty clear that for some boys, the ladies never had a chance.

Taken together, the images of carefree children, looking as artless and unguarded as children are, pack a wallop. "I think I looked damn good in a Jon Benet Ramsey meets Anita Bryant kind of way," writes one man, adding, "The homophobic bullying started soon after." That's the power in the blog -- the way it potently illustrates that when you bash or bully or deny equal protection to a gay man or women, you're really hurting that little tomboy in the "Born to Boogie" tee. As one man writes, "I look at this pic now & think that boy is still inside me." "When did I feel 'different'?" writes another contributor. "Oh…always?" Yet despite its occasionally painful tales, it's encouraging to note how often, among the stories of bullying and harassment,  are fond, silly memories -- a reminder that growing up gay isn't always some sad Lifetime movie. "My parents encouraged my brother and I to always be creative and accept ourselves and others," writes one user, a statement that's as simple as it is, in many corners, utterly revolutionary.

And if you need any further evidence of the supreme value of an accepting family, try the words of 19-year-old Zach Wahls, who spoke before the Iowa House of Representatives this week during its constitutional hearings to ban same-sex marriage. Wahls, the son of a lesbian couple, is an Eagle Scout and engineering student who scored in the 99th percentile on the ACT college aptitude test. He's also as proud of his parents as many of the parents on Born This Way are of their kids. "We go to church together. We eat dinner. We go on vacations," he says, thereby effectively destroying traditional marriage as we know it. Whew, thank God you voted to repeal gay marriage, Iowa!

Even though Wahls acknowledges that "what you’re voting here isn’t to change us. It’s not to change our families," he adds, movingly, "We just hope for equal and fair treatment from our government. " It's a magnificent testimony to good parenting, and further evidence that who you love matters so, so much less than how much you love. And as Lady Gaga sings, there's nothing wrong, either, with loving who you are.