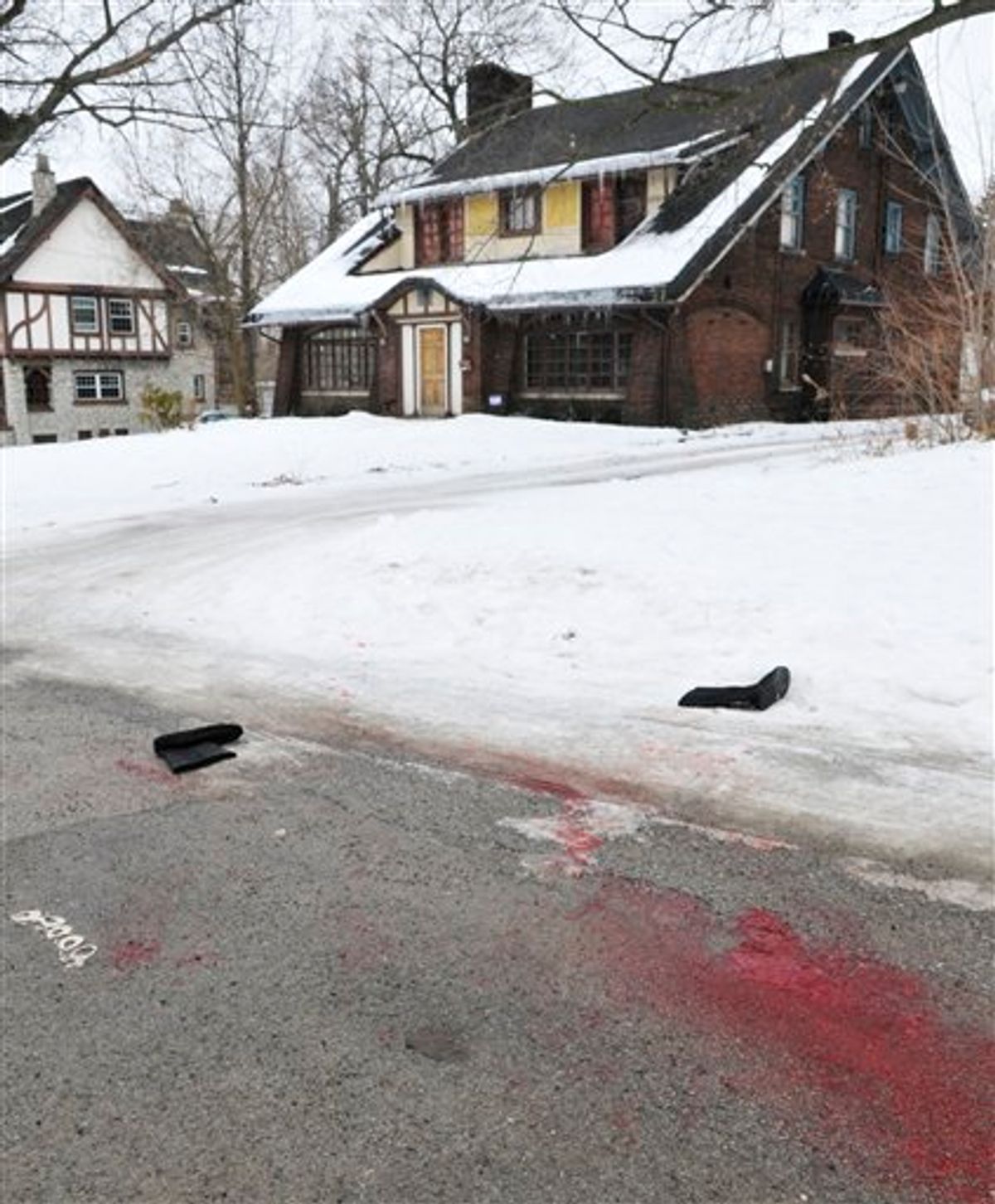 Update: The two suspects, Braylon L. Rogers, 19, and Columbus E. Jones Jr., 22, were charged with aggravated murder, shooting into a house and 11 counts of felonious assault. They were being held at the Mahoning County Jail, said jail officials, who did not know whether the men were represented by attorneys.

<p>Court appearances for the suspects scheduled for Monday morning were postponed until Tuesday, and the charges against them could undergo "adjustment," Hughes said.</p>

Police say they're searching for two suspects in a shooting at an Ohio fraternity house that killed one student and injured 11 people, including six students, just north of the Youngstown State University campus.

Youngstown police Chief Jimmy Hughes says the suspected gunmen were involved in a dispute at a party before the shooting early Sunday. He says the pair left, then returned and began firing outside the house, which was crowded with 50 or more people, some as young as 17.

He says investigators are trying to identify the shooters based on eyewitness accounts.

A spokeswoman for the nearby St. Elizabeth Health Center says eight of the 11 who were injured were treated and released by afternoon. She says she can't release the conditions of the other three.