Katy Perry: The next generation of bombshells 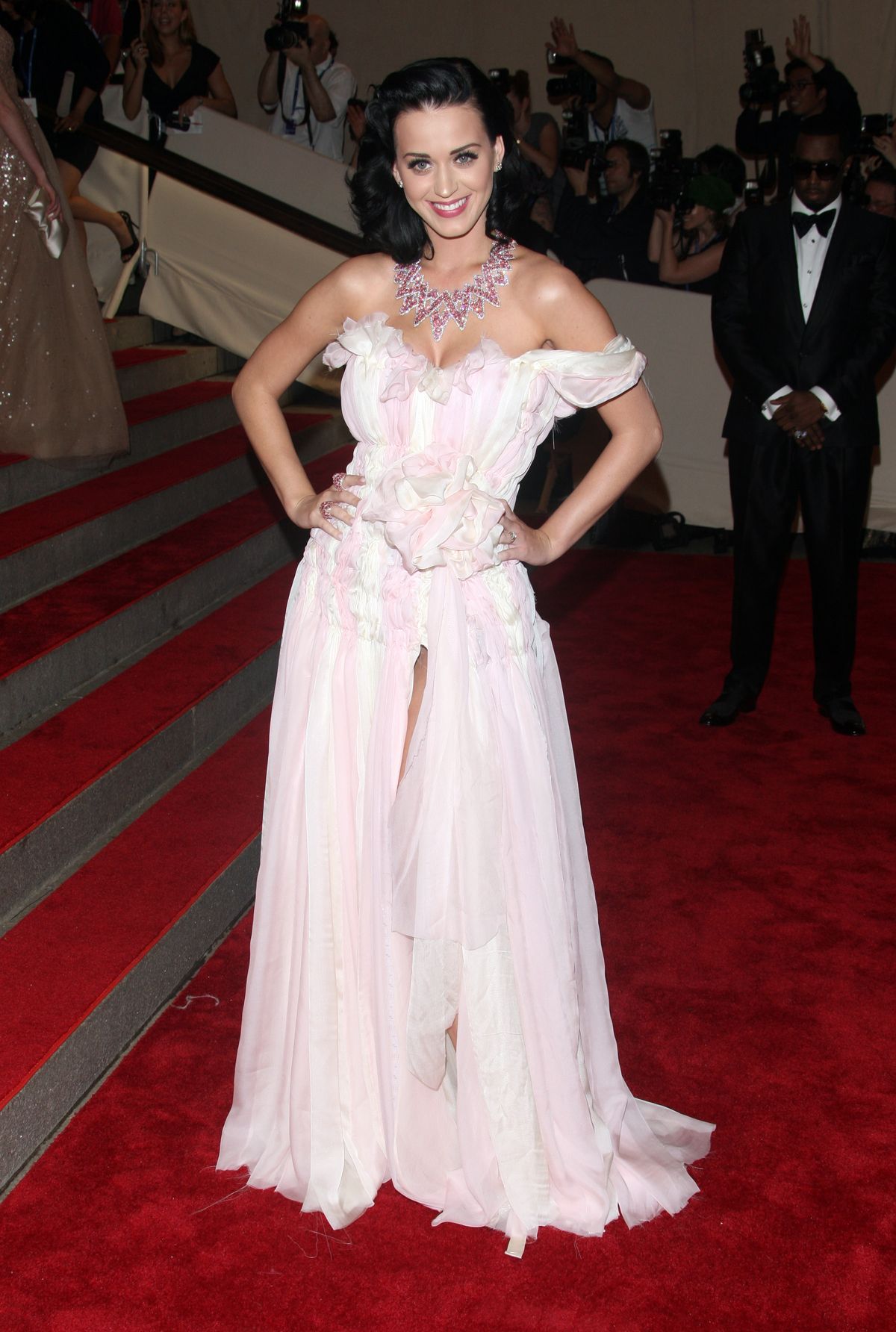 You know what's the best thing about Katy Perry? I'll give you two guesses. Sure, the va-va-voomy singer certainly knows how to craft a pop hook that will burrow into your psyche and stay there all damn summer, and she exudes all the buoyant exuberance of Miss America crossed with a sack of kittens. But come on -- it's the rack. Well, that and the badonkadonk. Together they have made Perry, in her relatively brief career, as iconic an American institution as baseball and Wall Street bailouts.

Yet for all the glory that bod has brought her, Mrs. Russell Brand admits in the new issue of Elle magazine that when she was younger, "All I wanted was to look like Kate Moss." Fortunately, nature had other designs on Perry, who cops to a slender but perfectly healthy 130 pounds -- much of it advantageously distributed. And it's perhaps a sign of the times that increasingly, the Kate Mosses of the world are sharing the spotlight with the Olivia Munns and Christina Hendrickses and Kim Kardashians – women whose assets can best be described with the words "humuna humuna humuna."

But the thing about Perry's figure -- and her obvious delight in flaunting it -- is that everything that makes it so unique makes it challenging in certain circles. A willowy Taylor Swift or gym-toned Rihanna can look fine in a gown or rock a bikini, but few stars possess Perry's ability to scare "Sesame Street" right into nixing a segment of her jauntily running after Elmo. I think it's the running.  Perry's front matter has been Photoshopped into a downsizing for a VH1 "Divas Salute the Troops" ad last December -- and hilariously maximized for the cover of Rolling Stone.  Why is it so hard for the media to accept that in that particular regard, she's pretty damn perfect?

Well, do what you will, PBS censors and magazine photo editors, because with each Katy Perry cleavage debacle, she only gets stronger. She made hay of her ill-fated foray into children's television by donning a well-stretched-out Elmo tee on "SNL,"  in a skit that had Maya Rudolph's "Bronx Beat" character noting that "Kaboom, those are some bazooms," and Amy Poehler to chime in, "Today's show is brought to you by the number 38, and the letter double D." Lady Gaga wears a machine gun  bra. Katy Perry wears a whipped cream one. Whatever the venue or context, Katy Perry's subtext always seems to be, go ahead and get a big fat eyeful, world. Really, what other message could there be in that crazy purple bow dress she wore to her perfume launch Monday?

Sure, not every teenage girl who wanted to be like Kate Moss and "got made fun of for the over-the-shoulder boulder holder" minimizers grows up to look like Katy Perry. But her exuberant delight in herself, jiggles and all, is infectious. And her almost wholesome ability to give the people what they want is a big part of her charm -- and the public obsession with Perry, her curves, and the way she carries them. She's learned to leverage our country's love of the supersized into a whole career. Or as she puts it, "Little did I know ... that these things would come in handy." And in times of war, economic crisis, political divisiveness and Charlie Sheen, we need our bombshells more than ever. In a gloomy world, Katy Perry isn't just a ray of sunshine -- she's a bouncing bundle of fun.