The band's new song requires a 12-part synchronization of YouTube videos. We say: Too hard! Watch our version 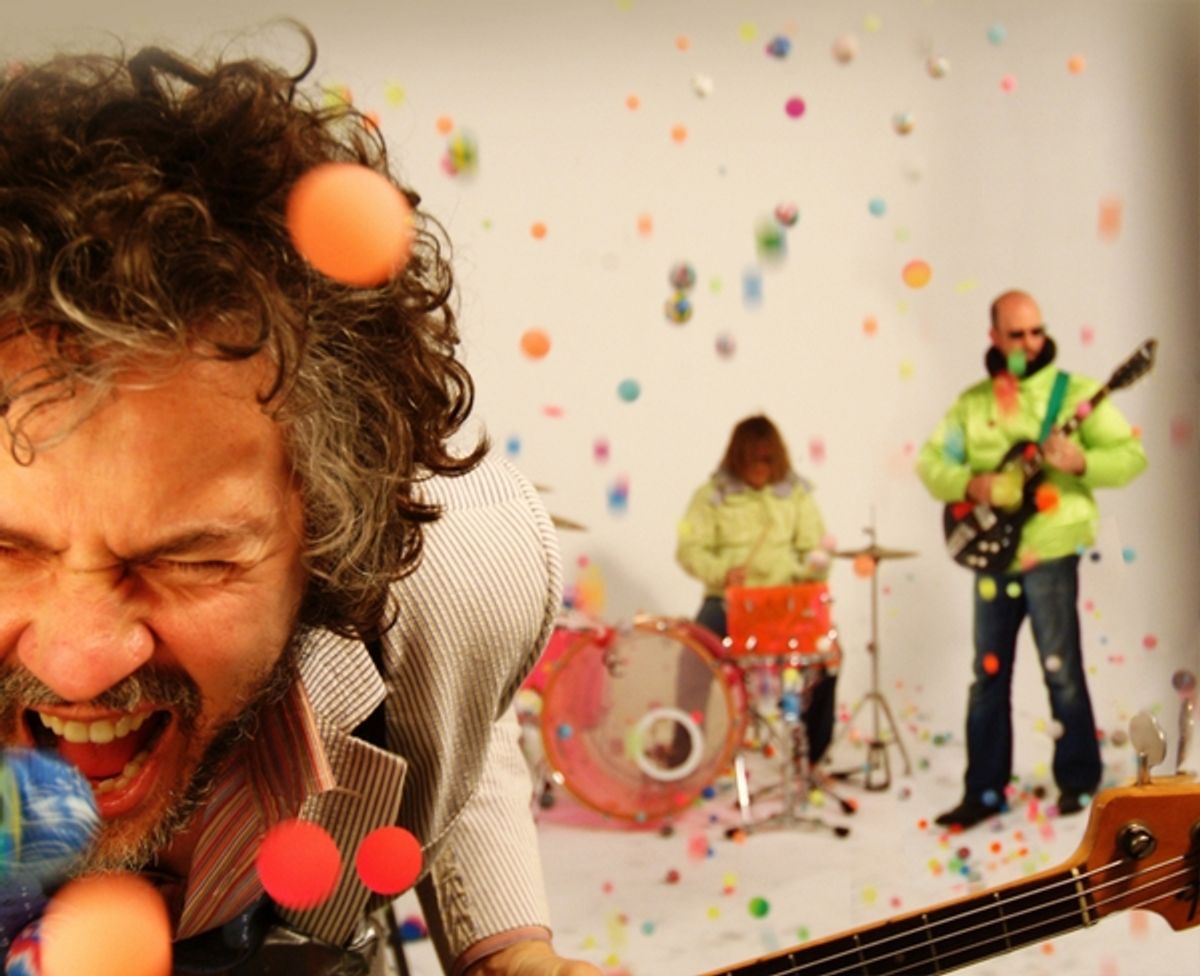 Do you realize...how hard it is to listen to The Flaming Lips?
--

We have finally beat The Flaming Lips! OK, so that's not something to be particularly proud of, since you'd be hard pressed to find someone who doesn't love the psychedelic rock group that came out with "Do You Realize." But everyone has their limits, and when frontman Wayne Coyne released an instructional video yesterday on how to play the group's new song "Two Blobs Fucking," we started wishing that maybe Yoshimi hadn't defeated those evil machines after all.

In order to play "Two Blobs," you need to get 12 friends together and all download one YouTube video each. Then you all press "play" simultaneously, and (fingers crossed) a full song will emerge from the separate parts.

"Two Blobs" is firmly in line with the band's history of sonic experiment, including the band's eighth album, "Zaireeka," which required for separate CD tracks to be played simultaneously in order to get the full effect. During this time, Wayne also created something called the "The Parking Lot Experiments," which included 40 cassette tapes playing out of 40 cars in one space.

Bringing people together in order to become larger than the sum of their individual tracks is a noble goal. We'd even buy into the whole "Two Blobs" thing if it didn't seem almost impossible to execute. "The Atlantic's" Alexis Madrigal got 11 friends together to download and play the songs, and the results were a mess:

Getting more than three or four phones to sync is basically impossible. Trying to get all of the phones to preload the YouTube clip over the air before they go to sleep or otherwise lose that caching is impossible. Perhaps if we'd all had the exact same phone running on WiFi we could do it. The setup took more than 20 minutes and we had a few people helping out with the process.

I'm sorry Flaming Lips, but if a former Wired writer is having problems figuring out how to play your concept piece, than maybe you've made it too difficult.

Twenty years ago, it would have been easy to get some friends together and simultaneously press "play" on your cassettes. Ironically, it's this new technology of iPhones and YouTube that hinder the process by creating small differences in load time and playback speed. Then again, 20 years ago we wouldn't have been able to download the songs, put them into a movie editor, and then play all 12 tracks simultaneously, like: Ha-ha! Technology still beats art!

So here is our version of "Two Blobs Fucking," compiled by News editor Adam Clark Estes. This way, you won't have to suffer the indignity that we did when we realized we didn't have 11 friends that wanted to come over and play on their phones with us.