What I learned pretending to be homeless

I took part in a study hoping to understand my brother, who lives on the streets. All I found were more questions 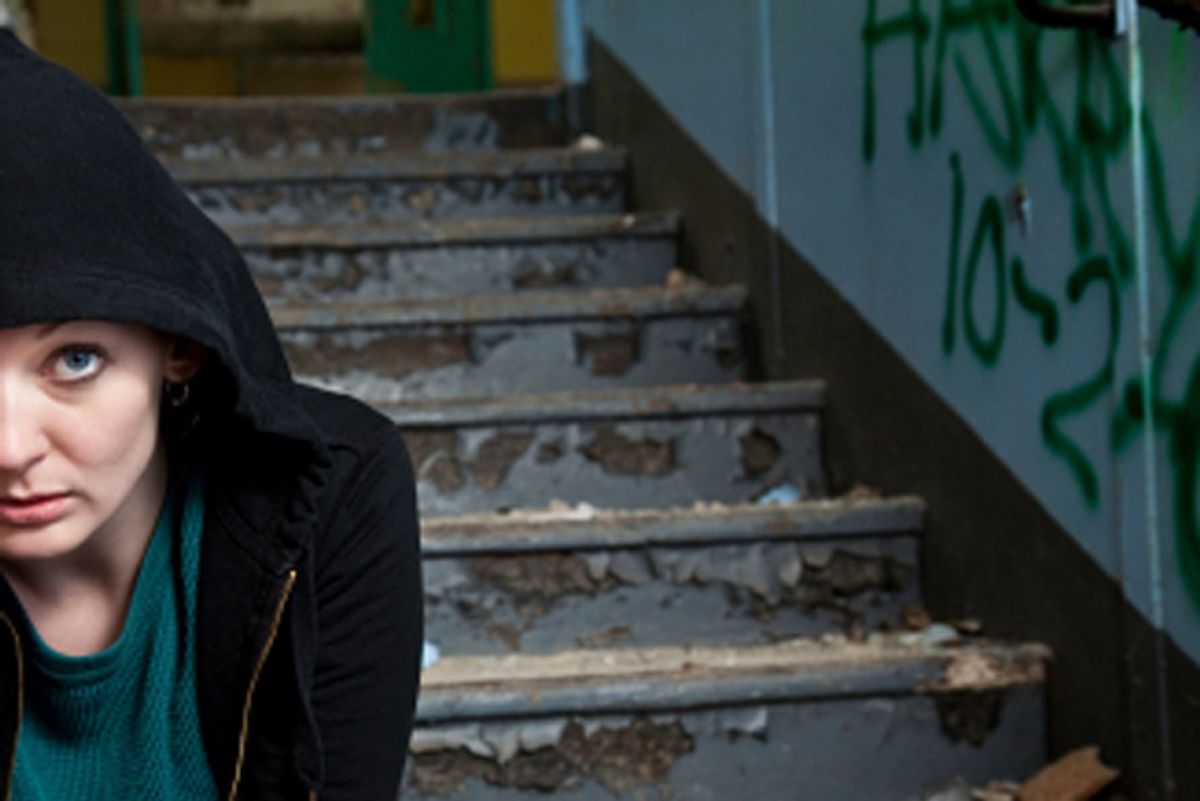 Just after midnight as a historic nor'easter was blowing into town, I found myself sitting on a snowy street corner in Staten Island, waiting for someone to ask me if I had a place to stay the night.

That someone was a volunteer for New York City's annual homeless count, and I was one of the hundred or so decoys hired to camp out in forgotten corners of the city. We were essentially playing hide-and-go-seek by manning an assigned street, subway corner or train station while volunteers counted the city's homeless residents. In this Shadow Count, which is modeled after plant-capture methodology originally used in wildlife research, the number of decoys not counted represents the percentage of the actual homeless people the counters missed. The nomadic nature of homelessness makes it notoriously difficult to get an accurate tally, and this strange method is practiced in Los Angeles, Chicago and Atlanta, among other big cities. It's considered the gold standard and has been detailed in several scientific journals and the New Yorker, which is where it caught my eye.

That's because, 3,000 miles away in Southern California, my brother Jay is actually homeless. He prefers the streets to living at home, which he ditched a year and a half ago after paranoid schizophrenia hijacked his mind.

When you tell someone your brother has schizophrenia, they say they are sorry. If you explain that he's homeless, you open a Pandora's box of questions: Where is he? How did this happen? Can't you just go and get him? There is a stigma attached to mental illness, but with homelessness, there's just plain shame.

As I wrote about for Salon, when Jay first became homeless I imagined the worst. I envisioned my then 20-year-old brother sleeping behind a dumpster in an alley, alternately being offered vials of heroin and being beat up by gang members. In reality, he was hitchhiking across the country, sleeping in school playgrounds in Manhattan and under bridges in Boston. His life had changed dramatically, but he was still the same kid who loved indie rock, politics and me. Gradually I began to understand that homeless means just that: without a home. It's no easier to classify "homeless people" than "all people who live in apartments."

Normally, I spend the night in my one-bedroom apartment in Brooklyn. My idea of roughing it is schlepping my laundry a block down the street and washing it myself. I'm rarely able to eat the produce in my refrigerator before it goes bad. The Shadow Count was a way for me to find out, if only in a small way, how my brother lived.

A few days before the count, my friend Claire and I attend a two-hour training session led by the Hunter College School of Social Work. We were told to dress in old clothes, doubling up on well-worn coats, hats and gloves. They suggested we bring "props" like cardboard, newspapers and blankets, for warmth and seating.

"Is it OK to wear glasses?" someone asked. My brother does, I didn't say. He also has a tent, a sleeping bag, an emergency blanket for when it gets very cold at night, a camper-style backpack, a debit card and, as of recently, a pay-as-you-go cellphone. Some people might argue this puts him above the fray. But who are we to decide what homelessness looks like?

I cringed when someone asked if they could make a sign. Cardboard signs, I wanted to point out, are for panhandling. Not all homeless people panhandle, and not all panhandlers are necessarily homeless. I didn't want to "out" myself, even in a roomful of impersonators.

The count was held on the last Monday night in January. It was the kind of cold that keeps you indoors even when you'd rather go out. Claire and I wore our expensive running gear made of supernatural fabrics, down coats, wool socks and snow boots. We had hand warmers, blankets and energy drinks. We looked less like homeless people, and more like we got lost returning from a ski trip. Luckily, blankets are a great equalizer. Wrapped in them, no one knew we were wearing hundreds of dollars of clothing.

Our first stop was back at Hunter on the Upper East Side. There were more willing decoys than seating assignments on Park Avenue. The real need was in Staten Island, so off we went. A driver deposited us at the corner of Forest and Havenwood. We were told to sit on the sidewalk in front of a chain link fence that surrounded a suburban house. It was directly across the street from Silver Lake Park -- a massive area we were instructed not to enter. That corner was about the last place I would try to spend the night if I were a homeless person.

Snow was falling at a threatening pace. I tied my blanket to the fence to act as a bit of a tarp, but it continued to fall down. I rubbed my gloves together to activate my hand warmers, thinking they would make a great gift for Jay. Mostly, I just sat and stared. There was a small red brick building in the park not far from me, and I imagined I would sit there, maybe on the inside, if I were not trying to be found.

Cars whizzed by splashing me with slush from the street. I had hoped this would bring me to some interaction with strangers. I wanted to look into their eyes and try to see what they saw when they looked at me: a homeless person. Was it a look of pity or pain? Would they even look at me at all? A cab driver rolled down his window and asked, "Are you all right?" "Yes," I said. It wouldn't have made sense to tell him I was just pretending.

A woman in an SUV was taking a curiously long time at a stop sign near my corner. She was looking at me and pointing. I thought she might get out and ask what the hell I was doing sitting on someone's sidewalk in the snow. Instead, she parked, and approached me with another woman who was holding a clipboard.

"Can I ask you a question?"

"Tonight, do you have someplace you consider to be your home or where you live?" she read from a sheet of paper she had pulled out of her coat pocket.

"I'm a decoy," I said. I knew she had to ask the question that bizarre way, but had I not been pretending I'm not sure I would have known how to answer.

"Oh, God bless you," she said. We exchanged paperwork the Department of Homeless Services had given us and made small talk. Her team had only spotted one other person out tonight, and he wasn't homeless, just someone walking home.

She sped off. I looked at the building in the park. What if someone was behind there?

By 1:30 a.m., 75 minutes into the count, all but two of the 10 decoys had been counted in Staten Island. Perhaps counters were just really good, but I feared we had been placed in spots that were too obvious -- and failed at our job to hold the Department of Homeless Services accountable. Back in the van we exchanged stories of how long we sat in the snow before being found. Apparently, if you want to get counted early, Staten Island was the place to be. For our trouble we earned $75 and a seemingly endless supply of Dunkin' Donuts.

The experience left me with a hollow feeling. Of course my stint was comical compared to the real experience of homelessness. But I also couldn't shake the feeling that it wasn't as effective as it could be. I'm not a statistician, granted. But the final tally (still unavailable) becomes a metric to answer an important question: How many homeless people are too many?

That's tough to answer. The more I learn about homelessness, the more I realize that most questions are. Do we need more beds in shelters or more counseling services? Does giving panhandlers a few dollars buy them lunch of keep them on the streets? Is the money better served in the hands of private and faith-based shelters or the government's? Can I help my brother -- or simply love him from afar?

For now, all I know is, if my brother is going to be homeless: I want him to be counted.

Ashley Womble lives in Brooklyn and is writing a memoir.