Is "Family Feud" trying to create its own viral marketing with joint joke?

How else is Steve Harvey going to drum up the ratings? 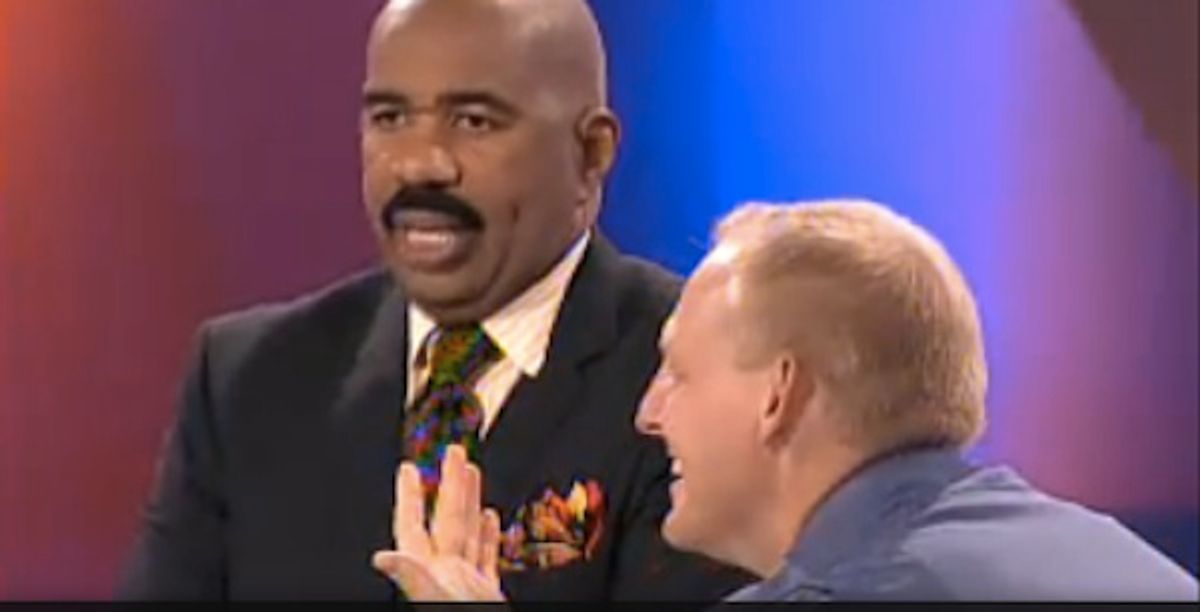 So in one of those hilarious, candid moments of television that always seem to happen while you're at work and the only people watching are sick people and nannas, a man on "Family Feud" jumped the gun while trying to name "things that get passed around." What did he say?

A joint! So funny! Is he high? Love how that other woman is acting so holier than thou, and then it turns out they were both right. And that's when this episode showed its hand. Because unlike the "Wheel of Fortune" incident where the woman answered "Self Potato" (which still makes me laugh every time), this was a complete set-up. Not only was marijuana one of the correct answers, but it is so hard to think of what else could go on that list of "things that get passed around."

Oh wait, I've got one. Sexually Transmitted Diseases. That's the other answer that pops to mind thinking of things being "passed around." So in an odd prisoner's dilemma, the two most obvious answers (which were at least half correct, I don't know if STDs made the final list) are also the two most embarrassing, leading to one of those "classic" TV moments that you just couldn't even make up! Except when you can.