Federal judge throws out claims Rumsfeld and other Bush officials violated Constitutional rights. Only in America 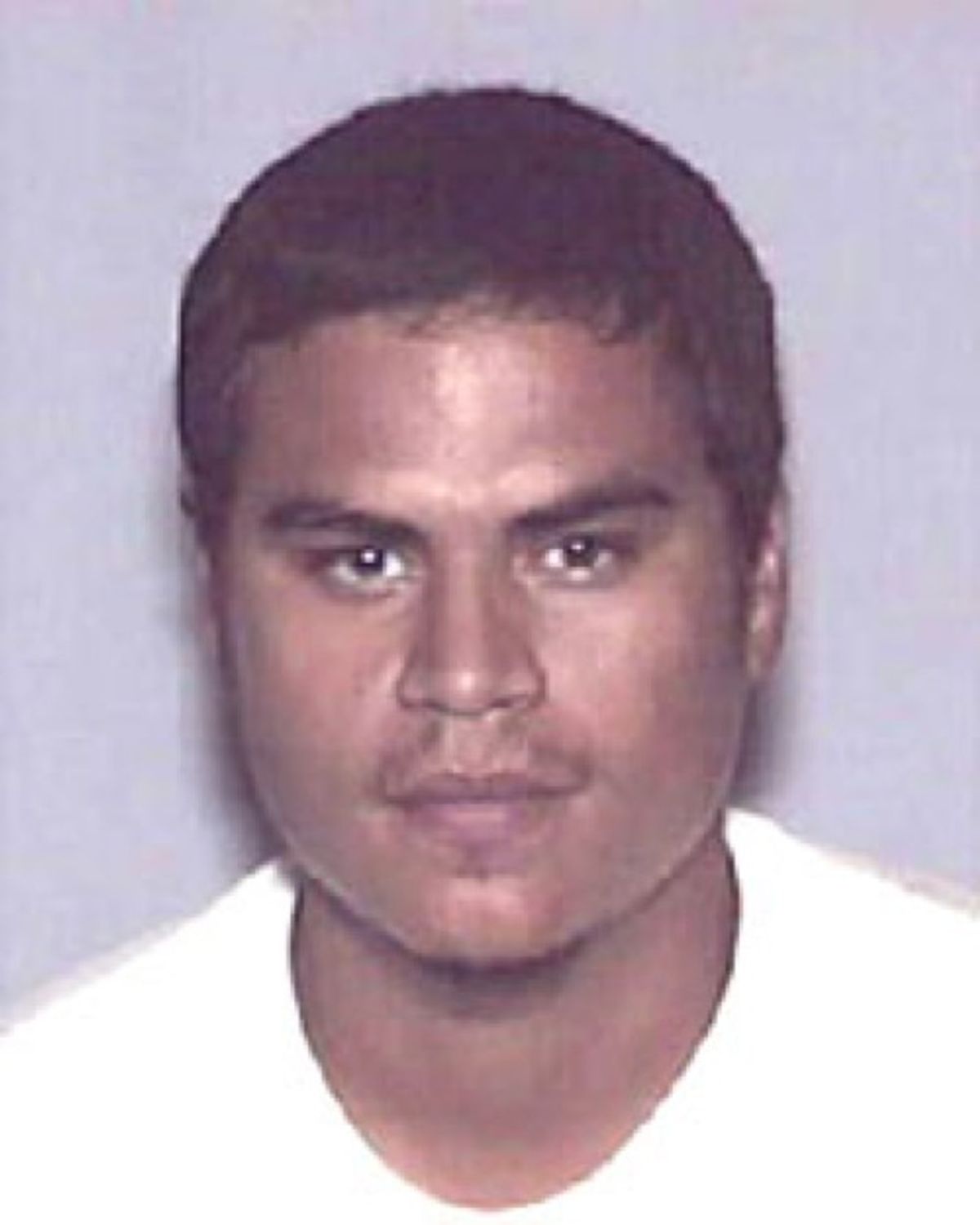 In March, 2002, American citizen Jose Padilla was arrested in Chicago and publicly accused by then-Attorney-General John Ashcroft of being "The Dirty Bomber."  Shortly thereafter, he was transferred to a military brig in South Carolina, where he was held for almost two years completely incommunicado (charged with no crime and denied all access to the outside world, including even a lawyer) and was brutally tortured, both physically and psychologically.  All of this -- including the torture -- was carried out pursuant to orders from President Bush, Secretary Rumsfeld and other high-ranking officials.  Just as the Supreme Court was about to hear Padilla's plea to be charged or released -- and thus finally decide if the President has the power to imprison American citizens on U.S. soil with no charges of any kind -- the Government indicted him in a federal court on charges far less serious than Ashcroft had touted years earlier, causing the Supreme Court to dismiss Padilla's arguments as "moot"; Padilla was then convicted and sentenced to 17 years in prison.

Padilla -- like so many other War on Terror detainees -- has spent years in American courts trying unsuccessfully to hold accountable the high-level government officials responsible for his abuse and lawless imprisonment (which occurred for years prior to his indictment).  Not only has Padilla (and all other detainees) failed to obtain redress for what was done to them, but worse, they have been entirely denied even the right to have their cases heard in court.  That's because the U.S. Government has invented -- and federal courts have dutifully accepted -- a whole slew of legal doctrines which have only one purpose:  to insulate the country's most powerful political officials from legal accountability even when they commit the most egregious crimes, such as imprisoning incommunicado and torturing an American citizen arrested and detained on U.S. soil.

Yesterday, in South Carolina, an Obama-appointed federal judge dismissed a lawsuit brought by Padilla against former Bush officials Donald Rumsfeld, John Ashcroft, Paul Wolfowitz and others.  That suit alleges that those officials knowingly violated Padilla's Constitutional rights by ordering his due-process-free detention and torture.  In dismissing Padilla's lawsuit, the court's opinion relied on the same now-depressingly-familiar weapons routinely used by our political class to immunize itself from judicial scrutiny:  national security would be undermined by allowing Padilla to sue; "government officials could be distracted from their vital duties to attend depositions or respond to other discovery requests"; "a trial on the merits would be an international spectacle with Padilla, a convicted terrorist, summoning America's present and former leaders to a federal courthouse to answer his charges"; the litigation would risk disclosure of vital state secrets; and "discovery procedures could be used by our enemies to obtain valuable intelligence."

In other words, our political officials are Too Important, and engaged in far Too Weighty Matters in Keeping Us Safe, to subject them to the annoyance of the rule of law.  It's much more important to allow them to Fight The Terrorists without restraints than to bother them with claims that they broke the law and violated the rights guaranteed by the U.S. Constitution.  That's the mentality that has resulted in full-scale immunity for both political and now private-sector elites in a whole slew of lawbreaking scandals -- from Obama's refusal to investigate Bush-era crimes or high-level Wall Street criminality to retroactive immunity for lawbreaking telecoms and legal protection for defrauding mortgage banks.  With very few exceptions -- yesterday's ruling, for instance, brushed aside a contrary decision from a Bush-43-appointed federal judge in California last year that refused to dismiss Padilla's lawsuit against John Yoo for having authorized his torture (that decision is on appeal) -- Executive Branch officials and the federal judiciary have conspired to ensure that the former are shielded from judicial scrutiny even for the most blatant and horrifying crimes.

There are legalistic questions involved in cases such as the one brought by Padilla -- i.e., whether courts should allow monetary damages to be sought against government officials for Constitutional violations in the absence of a Congressional statute (a "Bivens" claim) and whether such officials should enjoy "qualified immunity" for their illegal acts where the illegality is unclear (as Rumsfeld absurdly alleged the torture of Padilla was) -- but one key fact is not complex.  Not a single War on Terror detainee has been accorded any redress in American courts for the severe abuses to which they were subjected (including innocent people being detained for years, rendered and even tortured), and worse, no detainee has been allowed by courts even to have their claims heard.  After the U.S. Government implemented a worldwide regime of torture, lawless detention, and other abuses, the doors of the American justice system have been slammed shut in the face of any and all victims seeking to have their rights vindicated or even their claims heard.   If an American citizen can't even sue political officials who lawlessly imprison and torture him in his own country -- if political leaders are vested with immunity from a claim of this type -- what rational person can argue that the rule of law or the Constitution binds our government officials?

In one sense, this is hardly surprising.  As I've written about before -- and as my forthcoming (September) book documents -- we now have a multi-tiered justice system in the United States where citizens have their legal rights, obligations and punishments determined exclusively by their status and class.  Thus, someone like Jose Padilla, in the lowest class of literal non-person (accused Terrorist), has virtually no chance regardless of the merits of his claims against someone like Donald Rumsfeld, who resides in the highest and most privileged class (high-level political official).  As Padilla's counsel, Ben Wizner, said, the court yesterday ruled "that Donald Rumsfeld is above the law and Jose Padilla is beneath it."  That's just what the American justice system is.

But compare the posture of the American justice system to those in other countries with regard to how victims of illegal War on Terror policies have been treated.  Maher Arar -- a Canadian citizen who was abducted by the U.S. in 2002 at JFK Airport and sent to Syria to be tortured for ten months despite being innocent -- had his case dismissed by American courts before it was even heard on the ground (raised by both the Bush and Obama DOJ) that vital state secrets would be jeopardized by allowing him his day in court; by stark contrast, the Canadian government published a comprehensive public report detailing its own culpable role (and that of the U.S.) in his wrongful abduction, while the Canadian Prime Minister publicly apologized to Arar and announced that he would be paid $8.9 million in compensation for Canada's role in what happened to him.

Binyam Mohamed -- the British resident who was rendered to Morocco and then brutally tortured at Guantanamo -- suffered the same treatment in American courts as Arar thanks to the Obama DOJ's insistence that what was done to him was a "state secret":  his case was dismissed at the initial stage; by contrast, British courts repeatedly ruled in favor of his right to be heard in court, and in November, 2010, it was announced that the British government would pay him, along with 15 other Guantanamo detainees, several million dollars in damages.  In January, 2011, an Egyptian-born Australian citizen, Mamdouh Habib, reached a monetary settlement with the Australian government after winning the right to sue Australian officials in that nation's court system for their collusion in his torture at Guantanamo and other locations. Similarly, numerous countries in both Eastern and Western Europe and elsewhere have probed and publicly accounted for their governments' role in colluding with the U.S. in abusing human rights over the last decade.

The U.S. Government stands virtually alone in steadfastly blocking all such investigations even though it was the U.S. in the lead in creating this torture and detention system.  Indeed, the American political class barely bothers any longer with even the pretense of legal accountability.  Each political party shields the other from any accountability in a ritual of lawlessness, while the courts concoct ever-new doctrines for shielding our political class from any legal scrutiny

Simultaneously, official Washington's propagandists manufacture new terms to justify this elite immunity.  The American Right has long referred to efforts to compel compliance by American political leaders with the law and Constitution as "lawfare," which they define to mean thusly: "when enemies of the United States attempt to use U.S. courts and legal protections to take action against those entrusted with defending the United States from national-security threats."  Of course, whether someone is an actual "enemy" (as opposed to a wrongly accused one) can only be determined using "law."  Moreover, adopting this mindset by definition means vesting American leaders with the power to break the law.   But those logical quandaries have never undermined this thinking.  This mentality now extends far beyond the American Right (those Reasonable Conservatives and Sober Centrists -- Jack Goldsmith, Benjamin Wittes, and Robert Chesney -- have even christened their War-on-Terror-venerating blog with that term, while it is this same mindset underlying Obama's Look Forward, Not Backward decrees).  In essence, the very idea that political leaders should be constrained by the Constitution and other law is derided as dangerous, leftist, divisive radicalism.

The contrast between how America's War on Terror victims and abuses have been treated in the American justice system versus much of the rest of the world is instructive indeed.  In those other places, at least some vestiges of the rule of law prevails.  In the U.S., the rule of men does.