"Unknown": The thriller "Inception" wishes it could be

Pick of the week: Liam Neeson and January Jones star in the mind-bending Berlin-set film, "Unknown" 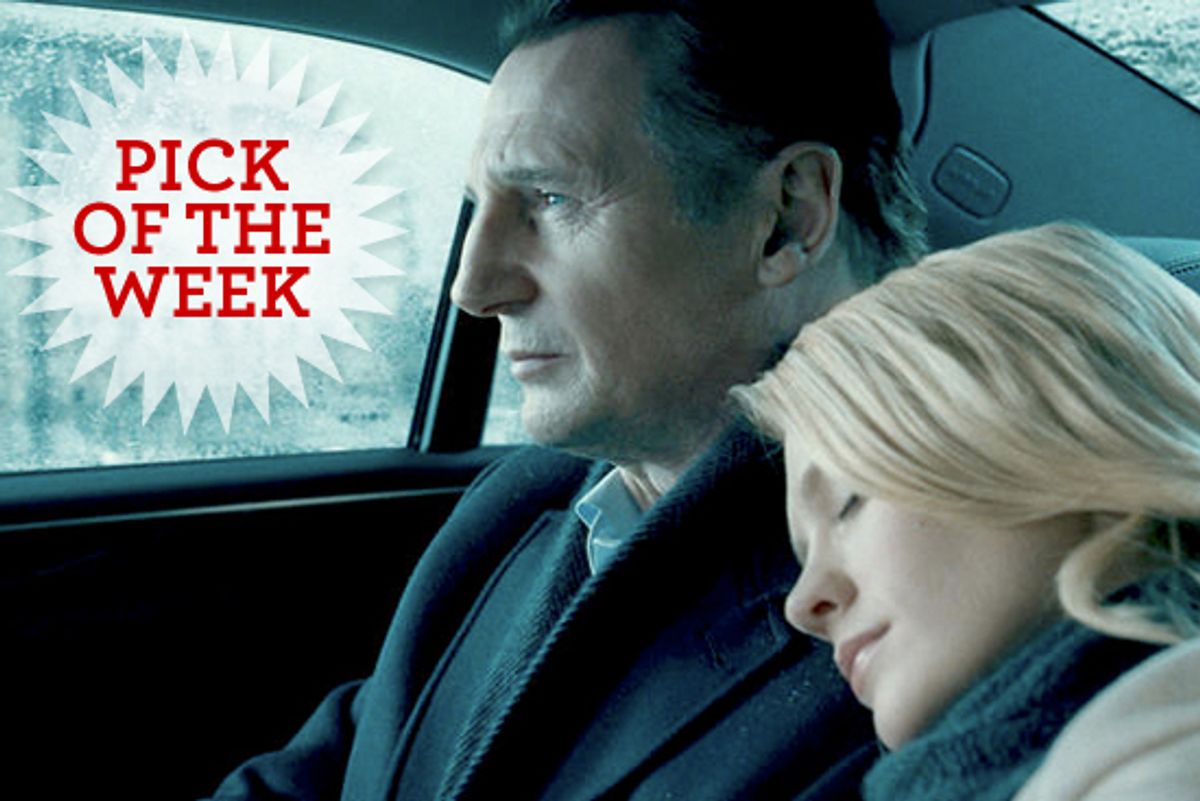 What do you get when you combine an A-minus cast that seems almost randomly assembled; an identity-loss plot that Mixmasters bits of "Inception," "Memento," "Salt" and perhaps a half-dozen other movies; wintry Berlin locations; and a little-known Spanish director who is arguably most famous for making a horror film with Paris Hilton? To my enormous surprise, what you get in "Unknown" is a stylish and muscular thriller with some nifty twists and turns, a wicked sense of humor, several terrific performances and not one or even two but three of the best car chases in recent action-flick history. All of which, I guess, illustrates William Goldman's famous maxim of the movie business, which can equally be applied to the world in general: Nobody knows anything.

My task here is to convince you that "Unknown" is pretty damn good without totally overselling a film that admittedly mashes up totally familiar ingredients: a good-looking guy, an icy blonde, a missing briefcase, a car accident, a faintly sinister European city and some bad guys in a black SUV. This is a studio thriller released in February, people, not the second coming of Hitchcock. Still, keep your expectations reasonable and director Jaume Collet-Serra -- undaunted by the presence of the 2005 "House of Wax" remake on his résumé -- will exceed them, delivering an exciting and unjaded entertainment with tremendous atmosphere, one that will keep you guessing almost to the final frame.

There's more than a touch of Cold War spy thriller to Oliver Butcher and Stephen Cornwell's script (adapted from a French novel by Didier van Cauwelaert), even though the question of who's spying on whom and why remains mostly subterranean. From the moment Dr. Martin Harris (Liam Neeson), an American botanist, and his wife, Liz ("Mad Men" star January Jones), arrive in Berlin for a biotechnology conference, the air seems full of secrets. Wet, driving snow obscures the war monuments and makes the driving dangerous, and by the time they reach their hotel near the Brandenburg Gate, Martin realizes what we already know: His briefcase, with all its important papers, has been left behind at the airport.

From the front desk, Liz turns and gives her husband a long, implacable stare as he grabs another cab to go retrieve the MacGuffin-ish valise. Martin won't be seeing either the lost luggage or the wife for some time, because minutes later he and the taxi are plunging into the river Spree after a horrific accident. Heroically, the female driver smashes the rear window and pulls him out. But she then melts away into the crowd, and the next thing Martin knows, he's waking from a four-day coma in a Berlin hospital, with no ID, no wife, no suitcase and seemingly no identity at all.

Let's tread carefully here: "Unknown" isn't an amnesia movie, exactly. Martin knows who he is, or at least he thinks he does, but the world doesn't seem to agree. Oh, the staff at the Hotel Adlon confirm that Dr. and Mrs. Harris are staying there, but when Martin approaches Liz and begins explaining his absence, she cuts him off in best Hitchcockian-blonde fashion: "Excuse me -- do I know you?" Yes, of course she's with her husband, and here he is: Martin Harris, played by Aidan Quinn, complete with name tag, expensive suit and pompous demeanor. So Neeson's version of Martin is faced with unpalatable alternatives: Either his head injury has caused dementia and disorientation, or his identity has been stolen -- by unknown persons for unknown reasons -- and his own wife is involved.

Saying much more would be unfair, except that there are clues all along about what's really going on -- and that I'm actually looking forward to watching this one again to see how well the mystery holds up. This isn't exactly the most challenging or varied Liam Neeson performance, but the actor's gloomy-growly mode works well for an utterly isolated character, pursued by shadowy villains, who must go off the grid into the Berlin underworld, where he eventually reconnects with Gina (Diane Kruger), the missing taxi driver, an Eastern European immigrant who has her own reasons for being invisible. Martin is also troubled by recurring dreams and flashbacks out of the "Inception"/"Shutter Island" playbook, which suggest that his own perception of reality is muddier than he thinks. Indeed, there are so many references to Christopher Nolan movies in "Unknown" that it approaches the level of homage (although Collet-Serra's film is much closer to the leaner, meaner, mid-budget Nolan of years gone by than the overinflated genius of "Inception").

Martin and Gina lead their pursuers on a couple of those high-energy, wildly careening vehicle chases I was talking about, and better still, they entrust their mystery to Ernst Jürgen (the great Bruno Ganz), a wisecracking ex-Stasi man turned slow-motion private eye, who is such a great character he deserves his own entire movie. Ernst regrets the demise of the East German security state and doesn't care who knows it, and problems such as Martin's do not especially surprise him. "We Germans are experts at forgetting," he says dryly, in a voice that sounds like someone pouring coal down a chute.

Collet-Serra builds a tangible mood of menace, based partly on what we know about Germany's past and partly on the contemporary paranoia surrounding such topics as terrorism and industrial espionage. You may or may not figure out what's going on with the two Martin Harrises and that biotech conference, but "Unknown" is probably more about its masterful tone, style and momentum than its plot per se. (The cinematography is by Flavio Labiano, and the cool, Schubert-meets-disco score is by John Ottman and Alexander Rudd.) There's a brief scene between Ganz and Frank Langella -- two of the great actors of our time or any other -- that's worth the price of admission all by itself. I'm not entirely sure January Jones is an actress so much as a living ice sculpture, but she sure looks good in haute couture, and plays a key role in delivering a malicious little surprise just before the end of this midwinter delight.