From Blue Man Group to Tool, a new site documents the most disastrous acts of your favorite acts. 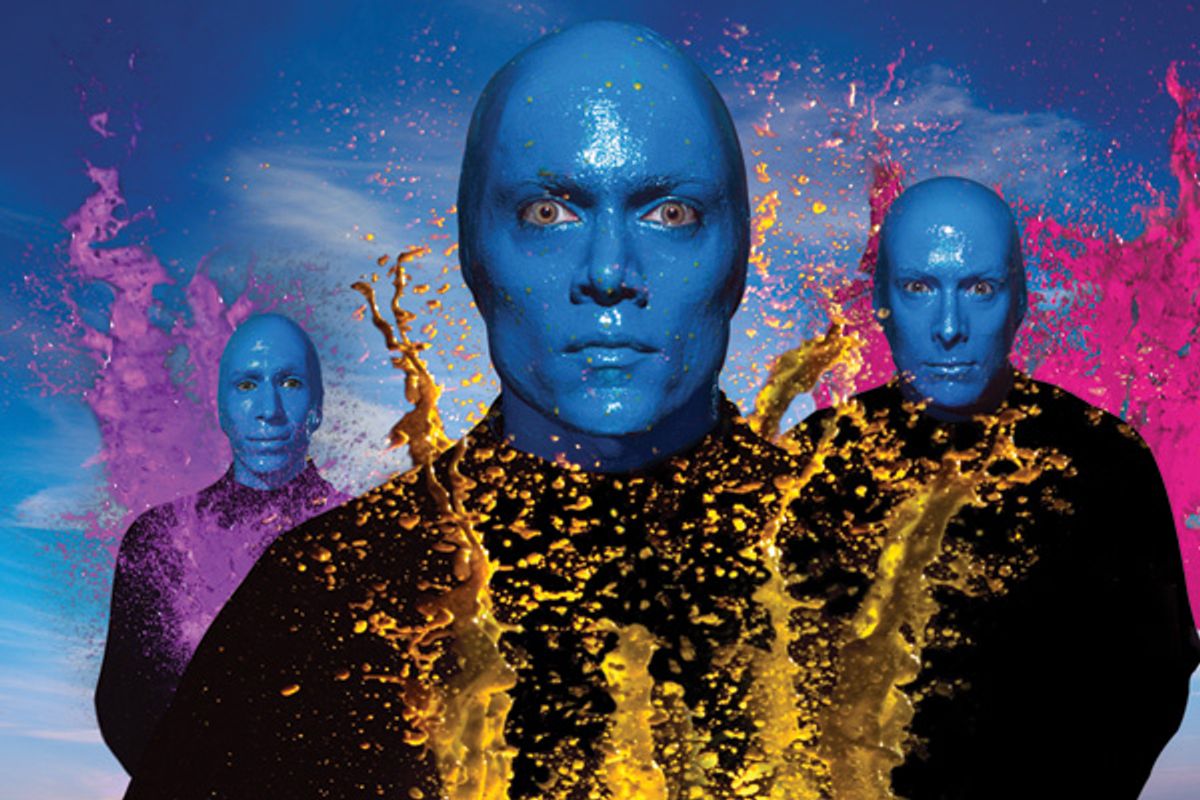 He just blue himself
--

As someone who has terrible stage fright and made a promise to herself never to perform in front of an audience after a disastrous Jewish summer camp-like parody of Lady Gaga's "Bad Romance" resulted in tears and a nosebleed (last year), I can totally relate to the fear that even hard-core musicians must have every time they start a set. But when you think of a band like Tool or Blue Man Group, you think of a professionalism that can't be derailed by inconsistency or butterflies in your stomach.

That's why I love music journalist Jon Niccum's site, WorstGig.com, which compiles 13 years of artist interviews on their one horrible show where everything went wrong. Favorite one by far would be The Blue Man Group, because of course even these guys' vomit is multi-colored.

"I threw up, so that was pretty bad. It was very early on toward the beginning of the tour. I was so thirsty I had chugged a pint of Gatorade when I got a chance to go behind the instruments. I came out with my fiberglass boat antenna and swished it around. At the end of the show we jump up and down to the beat for about a minute. So I'm jumping and I feel the Gatorade. I turn around and motion to the band to acknowledge them, then my stomach twisted and all this Gatorade just flew out of my mouth. The band just sort of looked at me. They didn't know if I was holding it in my mouth and just playing a joke. I was like, that's pretty rock and roll. It was some ridiculous flavor like kiwi-watermelon something. So that's off my list now. That was a very panicky thing. I started sweating and thinking, 'I'm just gonna lose it in front of all these thousands of people.'"

You have to read the rest of these (Alice Cooper at an agricultural college! Psycho skinheads at Tool!), and if you are a musician, totally submit your own tale of terror. And hey, Christina Aguilera, we are eagerly awaiting your submission.