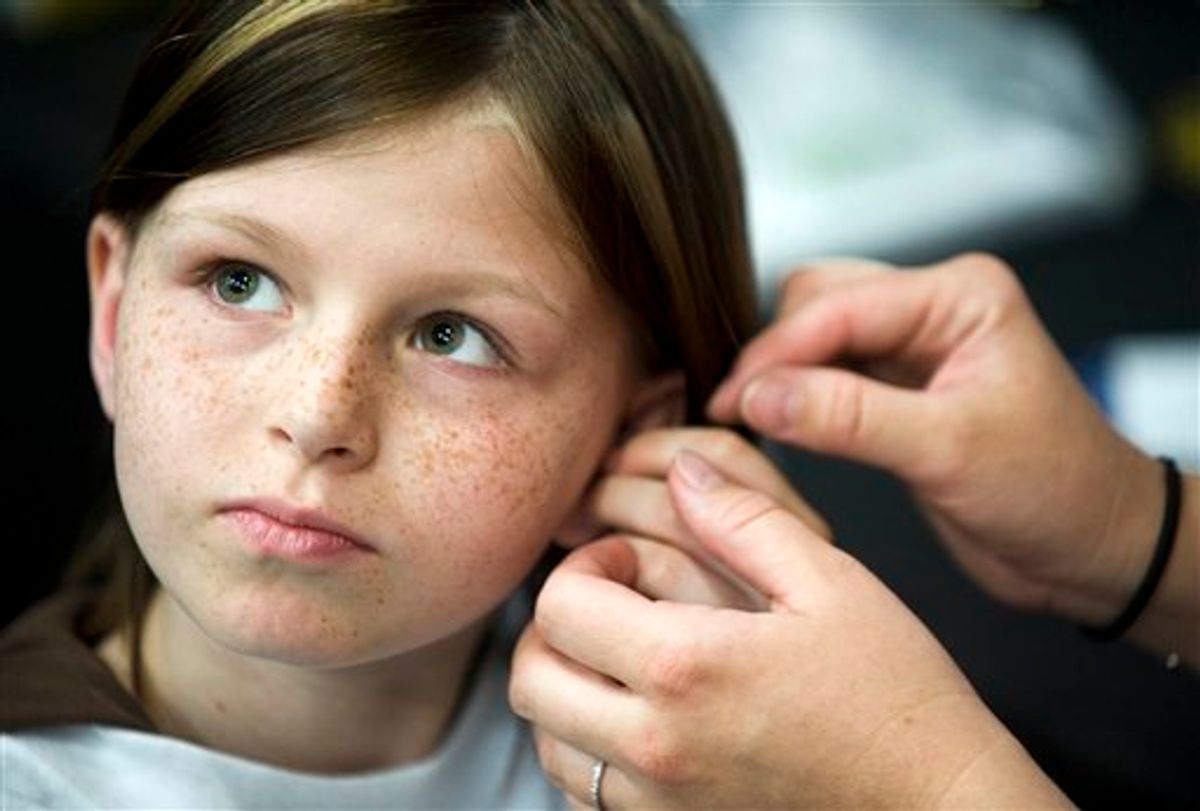 The stepmother of a 10-year-old disabled girl was indicted Monday on a charge she murdered the child, and officials released the latest gruesome detail in the case of little, freckle-faced Zahra Baker: Her head is missing.

Medical examiners said Zahra's death was caused by "undetermined homicidal violence." An autopsy was done even though authorities haven't recovered many bones, most notably the girl's skull, months after she was reported missing. Several bones showed cutting tool marks consistent with dismemberment.

The revelation came in documents released by the state's chief medical examiner shortly after officials in western North Carolina held a news conference about the second-degree murder charge. Authorities said Elisa Baker, who has been jailed since the weekend the girl was reported missing, desecrated Zahra's remains to cover up the slaying.

Prosecutor James Gaither Jr. said at the news conference that there was no credible evidence to suggest anyone else was involved in Zahra's slaying. Hickory Police Chief Tom Adkins called the murder charge "a milestone of holding someone accountable that members of team Zahra have been working toward since the first words spoken on that 911 call."

Investigators would continue to pursue leads until the trial begins, Adkins said.

Zahra, who used a prosthetic leg and hearing aids after being stricken with cancer, disappeared four months ago. Police eventually found the girl's remains in different locations around western North Carolina, and Elisa Baker told authorities that she had been dismembered, according to warrants.

But until Monday, nobody had been charged in Zahra's death. Elisa Baker was charged with obstructing justice in the investigation by writing a fake ransom note that was found when the girl was reporting missing in October.

Authorities still have not said how the girl died. The lack of a head may help explain why it took months for a charge in her death.

A search warrant unsealed last month said Elisa Baker led police to the places where they found Zahra's remains. She claimed her husband, Adam Baker, dismembered the body. Adam Baker has denied that.

The 42-year-old woman led a nomadic life, with dozens of different addresses over a seven-year period. She was also married seven times and was wed to more than one man on several occasions. She met Adam Baker, seven years her junior, on a website where users create three-dimensional characters to represent themselves.

Adam Baker is free on bond, facing numerous charges not related to his daughter. He moved to North Carolina with Zahra from Australia after meeting Elisa online.