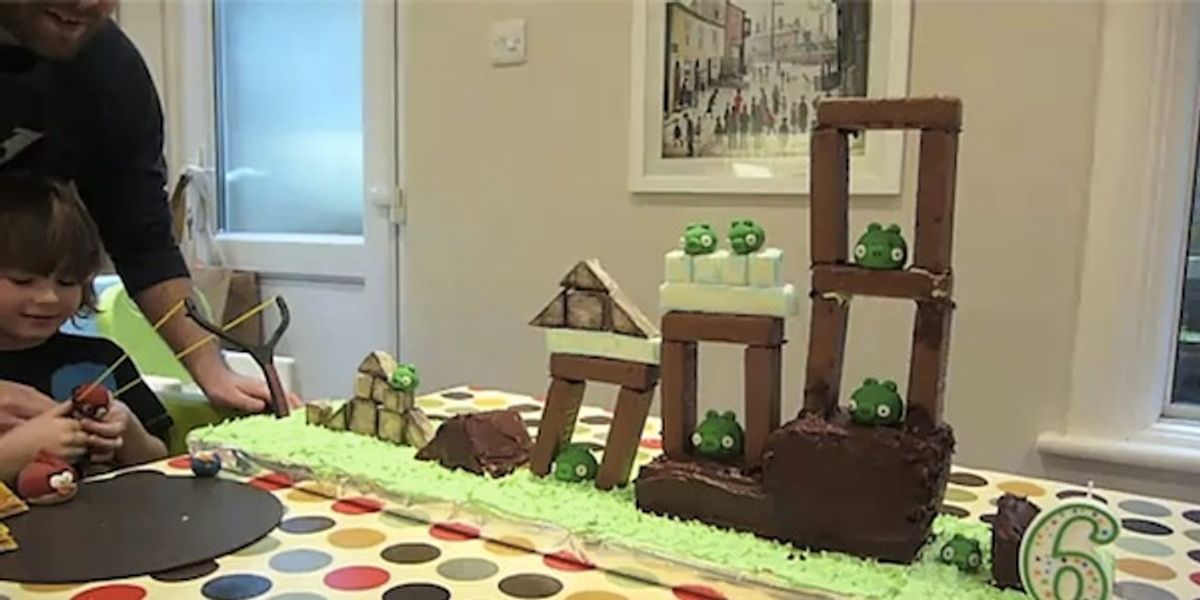 We love these real-life versions of Angry Birds so much more than the actual video game, because they all involve some level of group participation. How many couples do you know whose lives are currently being torn apart by the addictive phone app, spending hours locked in the bathroom because that's the only place where they can get some alone time to shoot birds at pigs without being harped on every five seconds?

But gaming does not have to be a solitary pursuit. Here are five other ways people have turned a tech game into an analog multi-player experience.

CNET debuts the Angry Birds board game by Mattel during the 2011 Consumer Electronics Show:

Some little boy just had the best birthday ever when his parents made him a fully-functional Angry Birds cake:

Of course, you can always go old school and just wittle yourself some Angry Birds. It's like Mousetrap, just way more time-consuming:

And finally, you can always get more bizarre with your Angry Birds homage, as in this stop-motion film about the personal lives of the birds. It's very Todd Haynes' "Superstar: The Karen Carpenter Story":