"I Am Number Four" will have a sequel, and it will be written by children

The author has found fresh talent to ghost-write the next installment of his alien franchise: A fifth-grade class 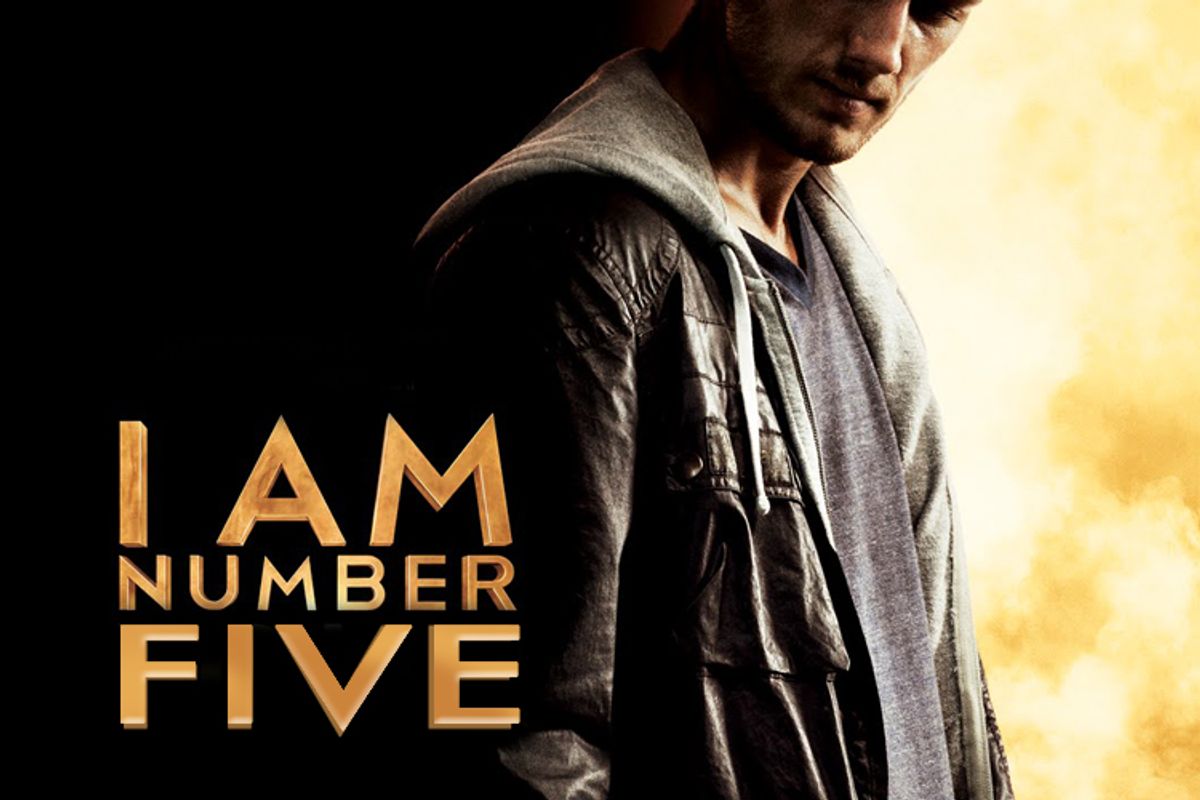 "I Am Number Four" gets its inevitable sequel
--

"I Am Four" came in No. 3 at the box office this weekend, which means James Frey is going to have a hard time finding more gullible students to write further sequels in his "collaborative" series. His writing factory, Full Fathom Five, has already been outed by New York magazine as a "novel assembly line" which exploits its young ghostwriters by paying them very little but offering the incalculable experience of writing under a man that Oprah once scolded.

Still, Frey is determined to make his formulaic alien love story pay off, even though only the first book has been released. (The film rights were sold a year before the novel was actually published.) In order to cash in on the supernatural success of YA novels like "Harry Potter" and "Twilight" -- as well as the awesome merchandising opportunities in the kiddie market -- Frey is going to have to look to even younger aspiring novelists to con into writing his books for him. Which brings us to the trailer of the next episode "I Am Number Five," written by Ms. Shulman's fifth-grade English class.

Old man yelling: You'll never fit in with the humans!

Announcer: They said he was an alien.

Boy Alien: I know what I am now.

Announcer: They said no human would ever love him.

Human Girl: I love you.

Announcer: But they were wrong.

Boy Alien: I shoot electricity out of my hands. Garrrgh!

Bad Alien steps out of darkness to blow up an entire block in this really sick way, like "Independence Day" except better.

Explosions. Wow! Bad alien puts on sunglasses and walks away slowly from the really big fireball.

Bad Alien: Not yet, your excellence.

Darth Vader crushes him with The Force.

Darth Vader: Time to bring out the big guns. What do you say, boys?

Aliens from "Alien," "Aliens," and "Alien: Resurrection": Scrreeeeech! (Translated at the bottom: Your wish is our command!)

Girl: I love you so much.

They kiss, it is really gross.

Girl: But how will we ever be together if there will always be Mogadorians trying to kill you?

Boy Alien: I don't know yet. We need to find Number Five.

Girl: Oh, how many of you are there?

Boy Alien: (Puts on sunglasses, stares into the distance) A gazillion.

Girl: That is a lot.

Rustling in the brushes. Number Five pops out, with a laser sword that can shoot out plasma rays. It is made of the same stuff as Wolverine's claws. She and Boy Alien fight. (Oh yeah, she's a Girl Alien, too.)

Boy Alien uppercuts Girl Alien. A plasma burst blows up a tree. She sweeps him with her feet and jumps up. He jumps up. She punches him but he blocks her, and then he punches her but she blocks it and then she does a back flip and lands on her feet and then she karate chops a tree and it falls down, because even though she is a girl, she is super strong. The tree falls and it almost falls on the Girl, but the Boy Alien runs really fast and holds up the whole tree with one hand right before it hits his girlfriend.

Boy Alien: Argh! (Throws the tree and it flies a billion miles away.)

Girl Alien: (Sheaths sword) So the legends are true! You are Number Four!

Girl Alien: I am Number Five.

Boy Alien: Nice to meet you.

Girl Alien: Likewise, I'm sure. Quickly, we have to run away, because the Mogadorians are after us to kill our entire species.

Boy Alien: (Grabs magic amulet from his pocket, which starts to glow with unearthly light) I'd like to see them try!

Girl: Cool amulet. I wish my mom would buy me something that cool-looking. Then maybe I wouldn't have run away from home with an alien.

Boy Alien: I know you are, but what am I?

Announcer: This summer, prepare to blown away ... into space!

Boy Alien stops a speeding car with his hands. It explodes.

Human Girl: You must take a ton of Ritalin.

Announcer: "I Am Number Five."

Really big explosion, and then out of that explosion comes a speedboat, and it's on fire but looks really cool. Also, it's flying because it's also an alien saucer.