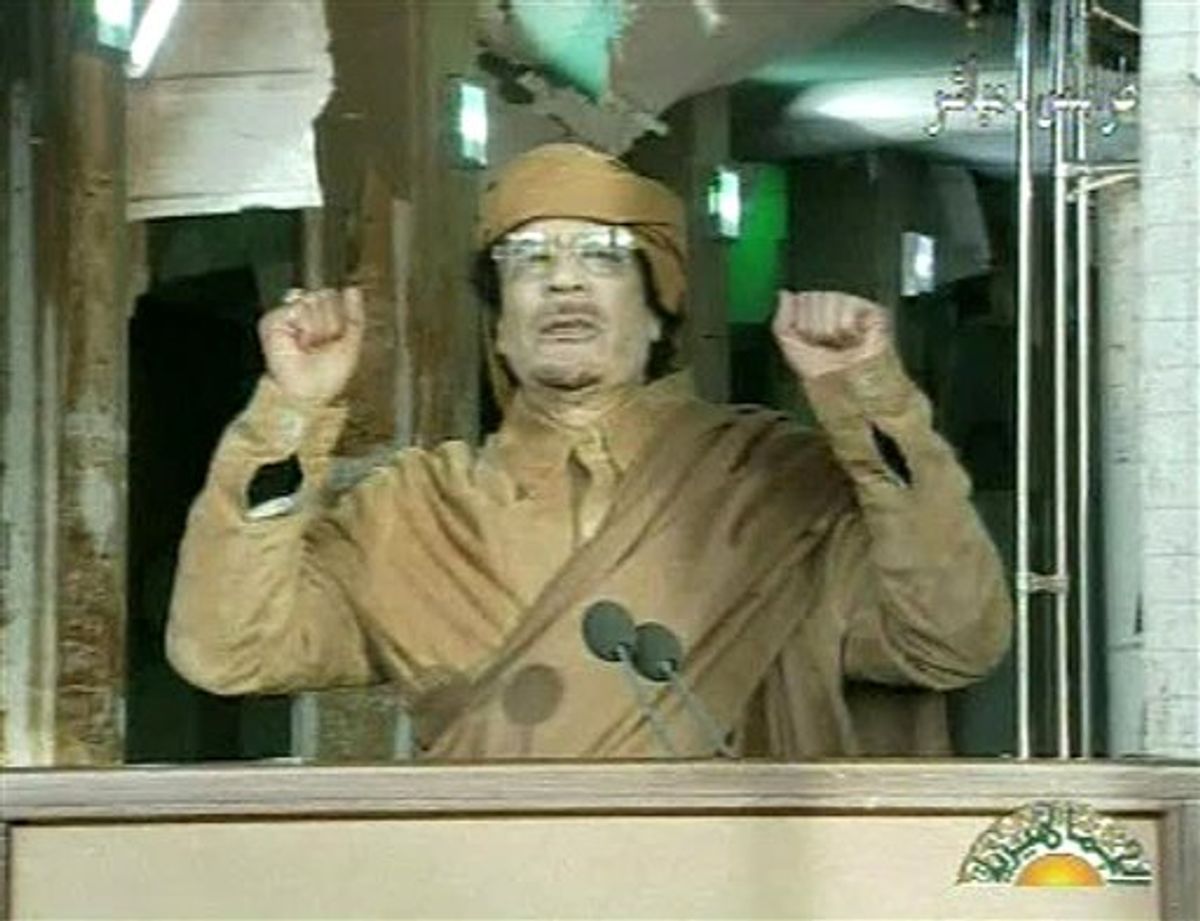 Libya's ex-justice minister on Wednesday was quoted as telling a Swedish newspaper that Libyan leader Moammar Gadhafi personally ordered the Lockerbie bombing that killed 270 people in 1988.

"I have proof that Gadhafi gave the order about Lockerbie," Mustafa Abdel-Jalil was quoted as saying in an interview with Expressen, a Stockholm-based tabloid.

Abdel-Jalil, who stepped down as justice minister to protest the clampdown on anti-government demonstrations, didn't describe the proof.

Expressen's online edition said its correspondent interviewed Abdel-Jalil outside the local parliament in the Libyan city of Al Bayda. A longer version of the interview was to be published in Expressen's paper edition on Thursday.

Gadhafi has accepted Libya's responsibility for the bombing of Pan Am Flight 103 over Lockerbie, Scotland, which killed all 259 people on board and 11 on the ground, and paid compensation to the victims' families. But he hasn't admitted personally giving the order for the attack.

Abdel-Jalil told Expressen that Gadhafi gave the order to Abdel Baset al-Megrahi, the only man convicted in the bombing.

"To hide it, he (Gadhafi) did everything in his power to get al-Megrahi back from Scotland," Abdel-Jalil was quoted as saying.

Al-Megrahi was granted a compassionate release from a Scottish prison in August 2009 on the grounds that he was suffering from prostate cancer and would die soon. He is still alive.

Expressen spokeswoman Alexandra Forslund said its reporter in Libya, Kassem Hamade, taped the 40-minute interview, which was conducted in Arabic and translated to Swedish.

Most of the victims in the Lockerbie bombing were Americans, and al-Megrahi's release has been criticized by members of the U.S. Congress and the victims' families.

Bob Monetti, of Cherry Hill, New Jersey, whose 20-year-old son Richard was killed in the bombing, said he's glad to hear a former official say what's been clear to him all along.

"If you went to the trial, there was no question about who did it and why, and who ordered it," Monetti said.

"I'm not surprised for him to say that Gadhafi is responsible because ultimately we know that," Gibson said.

Al-Megrahi's trial was conducted at a special Scottish court set up in the Netherlands after years of diplomatic maneuvering.

In Britain, some Lockerbie victims' relatives have questioned his conviction. They argue that insufficient attention was paid to the possibility that the bombing was carried out not by Libyan intelligence but by Iranian-backed Palestinian terrorists.

Their case was bolstered when the Scottish Criminal Cases Review Board raised questions about evidence used to convict al-Megrahi. The former Libyan agent had been in the process of appealing his conviction when he was released.

Before the unrest broke out, Gadhafi had been trying to transform Libya from a pariah state to an accepted member of the international community.

He renounced terrorism and his program for weapons of mass destruction, and paid billions of dollars in compensation to families of Lockerbie victims.

Those decisions paved the way for warmer relations with the West and the lifting of U.N. and U.S. sanctions.

Geoff Mulvihill in Haddonfield, New Jersey, contributed to this report.