Arnold's plight in the jungle becomes an opera. But how does it compare to the film's tribute rap? 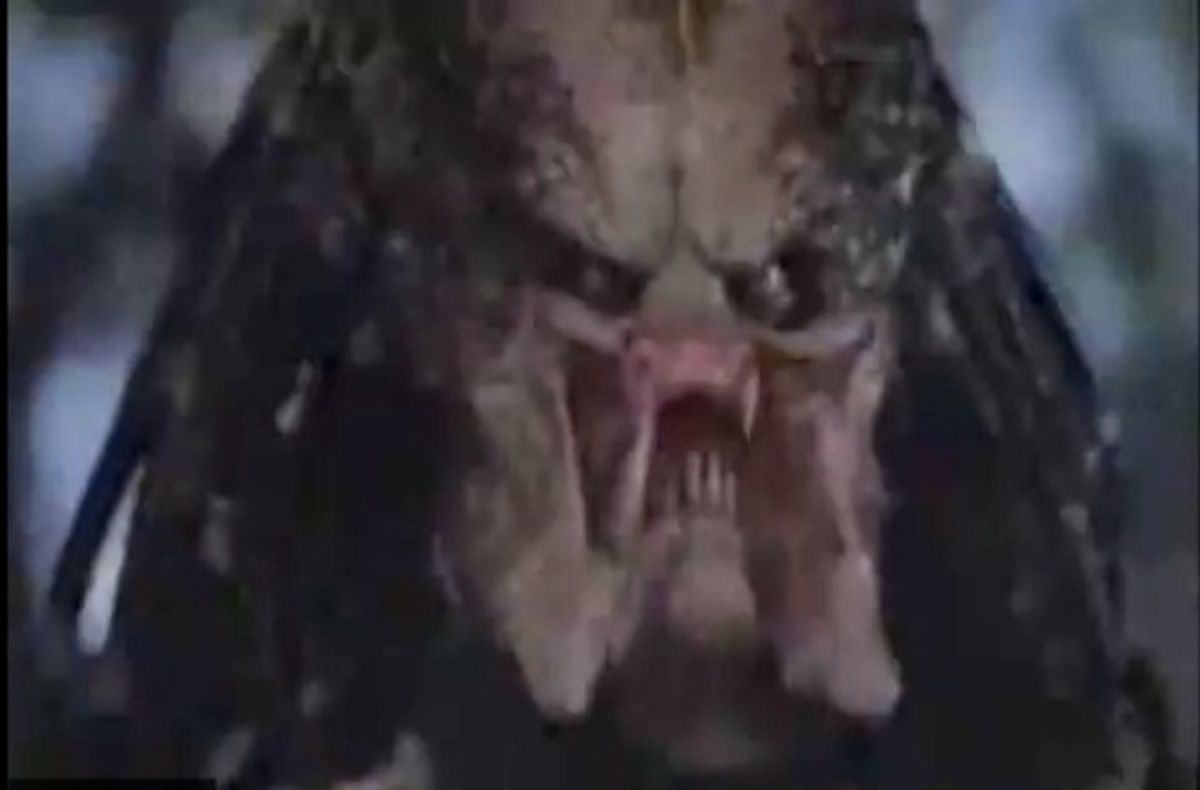 The face that launched a thousand songs!
--

With a Robocop statue going up in Detroit and "BattleStar Galactica" getting a roller coaster in its honor, it appears the year of hard sci-fi takeover is finally upon us. For more evidence, look no further than Jon Kaplan and Al Kaplan Arnold’s dramatic masterpiece "The FINAL SCHWARZENEGGER MUSICAL, Predator: The Musical."

Up on YouTube for a limited time only, Kaplan and Kaplan have used Alan Silvestri's original score as a soundtrack to an operatic number called "If It Bleeds, We Can Kill It." It's a climatic movement based on the scene in the jungle where Arnold realizes that … well, just read the title.

Of course, "Predator" has a precedent of musical adaptation. "Predator Rap," a plot dissection of the film in verse, was dropped by The Anomalies (Mouthmaster Murf and Dj Mayhem) along with a "Robocop Rap." The video gained viral notoriety in 2008  with lines like:

The ex Mr. Universe is praying for a miracle

Unable to find him, Predator retreats to his lair

To admire the skulls and trophies he has there.

So guys, rap or opera? Which of the "Predator" tributes do you prefer?