An answer about the movie "Cats & Dogs" produces a dirty flub. Watson never would have made such an error! 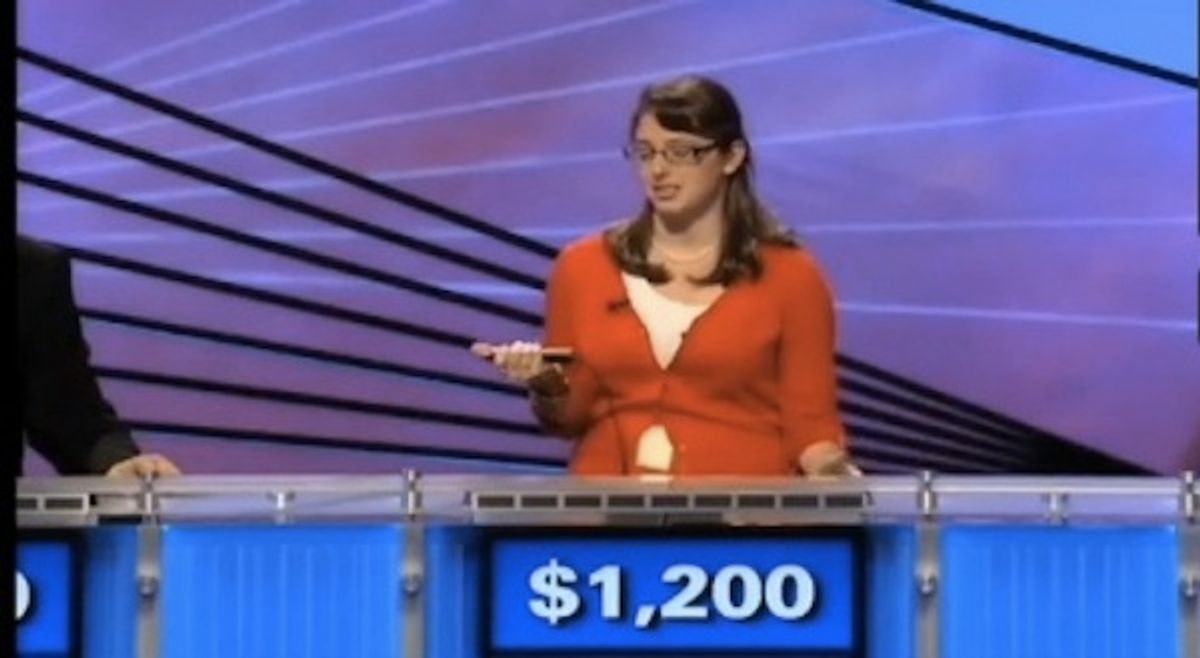 I'm starting to believe Alex Trebek is some sort of grim Futurist. First he has on a supercomputer to prove to the world once and for all that the science fiction writers were right and we are all going to be in the Matrix one day, and then to drive the difference between man and machine home even further, the next week he hosts the "Jeopardy Teen Tournament."

He knows those kids will look goofy next to a super computer! Trebek's fatal clue this week was about the sequel to "Cats and Dogs," a terrible CGI film, probably because he knows the contestants will be too confused as to why this question (answer) is on a game show in the first place to come up with a coherent answer (question).

Look, everyone screws up on game shows, and when in doubt, always grab for your nearest Self-Potato*. But there is something so schadenfreudenly great about Raya's response (it involves a cat euphemism, don't you worry) and subsequent reaction.

That one "Hah!" from an audience member, echoing like an unfinished Martin-ism from "The Simpsons"; the way Raya's shoulders slump as if to say "This is going to be on the Internet tomorrow, isn't it?"

Chin up, love. There have been way, way worse "Jeopardy" responses than yours. And at least you weren't playing against Watson.

*Second Self-Potato reference of the day, I win!