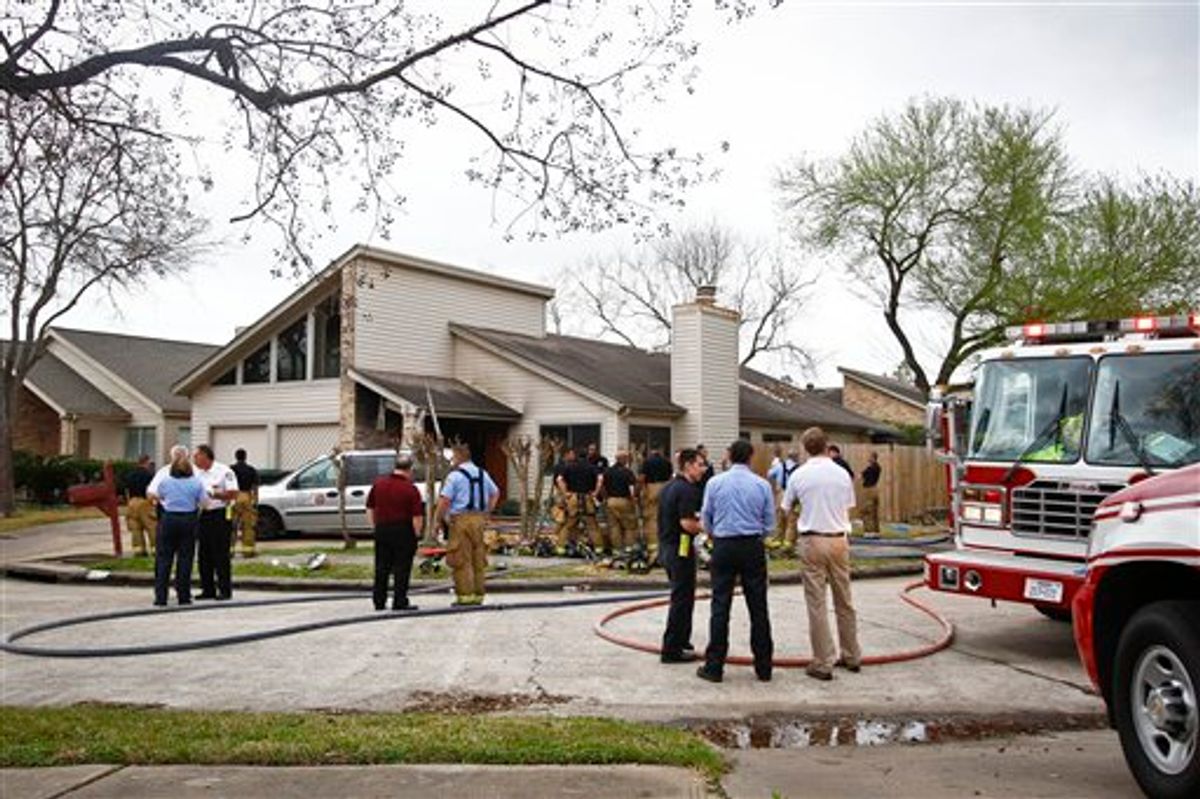 The Houston Fire Department says a home day care operator charged in connection with a deadly fire that killed four children has fled the United States.

Fire Department Assistant Chief Michelle McLeod said Monday that officials have found out that 22-year-old Jessica Tata has fled to Nigeria, where she is originally from. McLeod isn't saying how investigators determined Tata fled.

The U.S. Marshal's Service in Houston says it has been asked to help track down Tata.

A Houston home day care operator left the kids she was caring for without adult supervision, while a stovetop burner was on, before a deadly blaze that killed four of the children and injured three others, according to an arrest affidavit made public Monday.

Investigators believe the burner was the source of the fire last week at the day care run by Jessica Tata, 22, who has been charged with reckless injury to a child involving serious bodily injury. The charge carries a sentence of two to 10 years in prison.

It was not immediately known if Tata had an attorney. Attempts by The Associated Press to contact her in person or by phone at multiple addresses and telephone listings have been unsuccessful.

Harris County District Attorney's Office spokeswoman Donna Hawkins said she did not have any information about why Tata had not been arrested as of Monday afternoon or where she may be located. Tata's bond has been set at $500,000.

Houston Fire Department investigators said in the affidavit that two of Tata's neighbors described seeing her drive up on Thursday and go into the home where the day care center was located, then hearing her screaming seconds after she went in the front door. They saw smoke coming from inside.

"Both witnesses stated that it only took them a few seconds to arrive at the fire scene and they both stated they saw no adults or employees of the daycare either inside the building or running out of the building other than (Tata). It appeared to them that (Tata) was the only adult at the daycare," according to the arrest affidavit.

Tata had told neighbors immediately after the fire that the blaze started in the kitchen while she was in the bathroom. Investigators said there was an electric stove in the kitchen with a pot containing oil on the burner.

"It is believed that the burner was left on and was the heat source of the fire," according to the affidavit.

Two of the injured children remain hospitalized Monday in critical but stable condition.