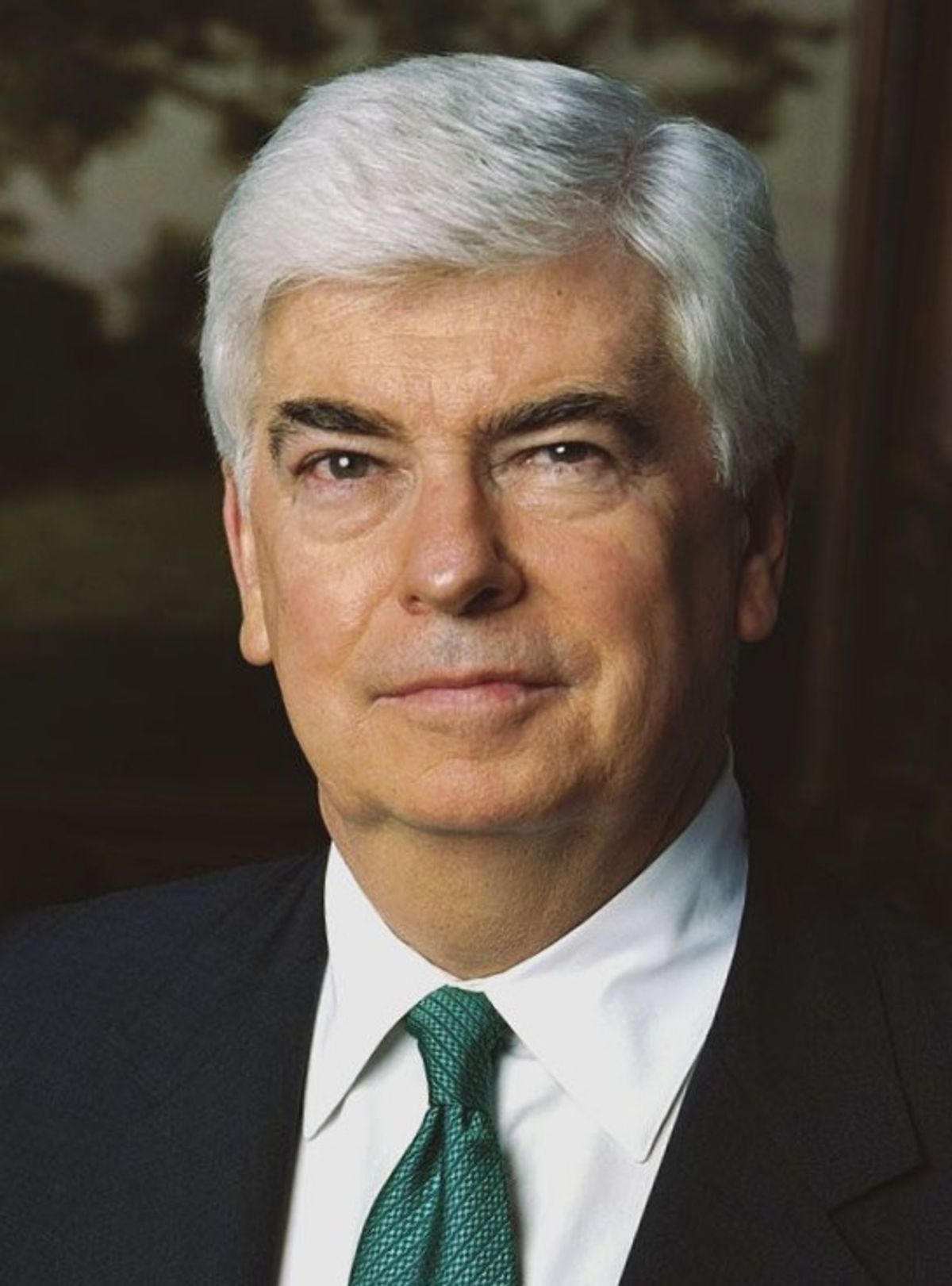 Over the last two years -- particularly during the debate over the financial reform bill -- Sen. Chris Dodd served on multiple occasions as chief spokesman for, and defender of, the interests of Wall Street and corporate America.  That led to widespread speculation that the five-term Connecticut Senator, who announced that he would not seek re-election in 2010 in the wake of allegations of improper benefits from Countrywide Financial, was positioning himself for a lucrative post-Senate lobbying job -- i.e., peddling the influence and contacts he compiled over five decades in "public service."

Dodd responded to those suggestions by repeatedly and categorically insisting that he would not work as a lobbyist.  In March of last year, he told The Hartford Courant that "he will not lobby, but, like [former Senators Chuck] Hagel and [Sam] Nunn, he may teach."  In an August article headlined "Dodd forswears a lobbying career," The Connecticut Mirror quoted him as saying:  "No lobbying, no lobbying."  That vow earned this praise from Public Citizen's Craig Holman:  "That's excellent on Senator Dodd's part."

Here's what Chris Dodd's word and integrity are worth, from The Hill yesterday:

Dodd to be Hollywood's top man in Washington

Former Sen. Chris Dodd (D-Conn.) will be Hollywood’s leading man in Washington, taking the most prestigious job on K Street.

The Motion Picture Association of America (MPAA) named Dodd chairman and CEO on Tuesday. But heading Hollywood's lobbying arm could be problematic for the former senator, who accepted the kind of job he pledged not to take. . . .

Dodd's hiring, which had been rumored for weeks, ends months of media speculation regarding who would take one of the most glamorous jobs on K Street, whose perks include a $1.2 million-a-year salary and getting to attend the Academy Awards ceremony.

Dodd is barred from formally working himself as a lobbyist for two years after leaving the Senate, but the core purpose of his new job is to oversee lobbying activities and to convert his influence and inside knowledge of Washington into favorable legislation and desired regulatory action (or inaction) for the MPAA.  Dodd is replacing another long-time DC official paid to peddle his influence:  Dan Glickman -- the former 9-term Democratic Congressman from Kansas and Clinton administration Agriculture Secretary.  Leaving no doubt about what the MPAA seeks in this position -- a politician willing to sell his connections to the highest bidder -- the association chose Dodd only after it was unsuccessful in recruiting former Sen. Bob Kerrey.

Other than the blatant violation of his pledge, there is, of course, nothing unusual about Dodd's sleazy feeding at the trough through legalized influence-peddling.  It's how Washington works.  Holman's Public Citizen group circulates "Integrity Pledges" asking retiring members of Congress to find something else to do besides lobbying on the ground that, as Holman put it when praising Dodd's (worthless) no-lobbying pledge last year:

The revolving door abuse is just out of control here on Capitol Hill and it is a primary source of undue influence peddling, Only the very wealthy businesses can afford senators and congressmen.

This, of course, is the whole point.  So much energy and chatter is spent fixating on partisan wars and election victories, but this is the real process that determines policy outcomes.  How can ordinary Americans possibly compete with corporations that can purchase the Chris Dodds of the world from both parties, who then dutifully use their decades of influence to foster the legislative and executive outcomes their owners want?   Obviously, they can't and don't, which is another way of saying that democracy exists in name only; to say that "only the very wealthy businesses can afford senators and congressmen" is another way of describing oligarchy.

This is why I found Charles Koch's Monday Wall Street Journal Op-Ed so darkly amusing.  To justify the ugly spectacle of billionaires and TV millionaries endlessly demanding "sacrifices" from America's middle and lower classes -- by, for instance, suffering cuts in their Social Security and Medicare safety nets -- Koch tried to insist that he wants the sacrifice to be shared equally by everyone:

There have been few serious proposals for necessary cuts in military and entitlement programs, even though these account for about three-fourths of all federal spending.

Too many businesses have successfully lobbied for special favors and treatment by seeking mandates for their products, subsidies (in the form of cash payments from the government), and regulations or tariffs to keep more efficient competitors at bay.

Crony capitalism is much easier than competing in an open market. But it erodes our overall standard of living and stifles entrepreneurs by rewarding the politically favored rather than those who provide what consumers want.

That's all lovely in theory, but significant defense spending cuts and curbs on "crony capitalism" -- as Koch well knows -- will never happen absent some serious social unrest, precisely because the factions which benefit from them own all the influence in Washington, thanks to their purchase of people like Chris Dodd.  Only the politically powerless -- meaning the nation's middle and lower classes -- will involuntarily "sacrifice" because they can't afford to purchase the influence necessary to defend their interests in this battle over diminishing resources (and, of course, the only large entity capable of providing some minimal counterweight to this lopsided power imbalance -- unions -- happens to be the current target for destruction of the groups with which Koch most identifies).  That even Good, Liberal Democratic Politicians like Chris Dodd -- who has done some decent things in his career -- scamper out of the Senate to the nearest feeding hole, all to accelerate this process, underscores how potent a process it is.

Speaking of those feeding at the trough, The New York Times documents today the slew of highly-regarded lobbyists from both parties -- including John Podesta's brother, Tony -- who lobby on behalf of the Middle Eastern dictators who are the Villains of the Month.  It's amazing how easily the media reconciled its Middle East morality narrative (These Dictators are the Devils!!) with the fact that so many of American political elites -- both in and out of government -- have spent years keeping those very villains in power.

As I noted yesterday, for the week of March 7, I'll be speaking at several events in New Mexico and Texas; details are here.