As the mogul introduces the world to his puppy via Facebook, we imagine a "Social Network" sequel 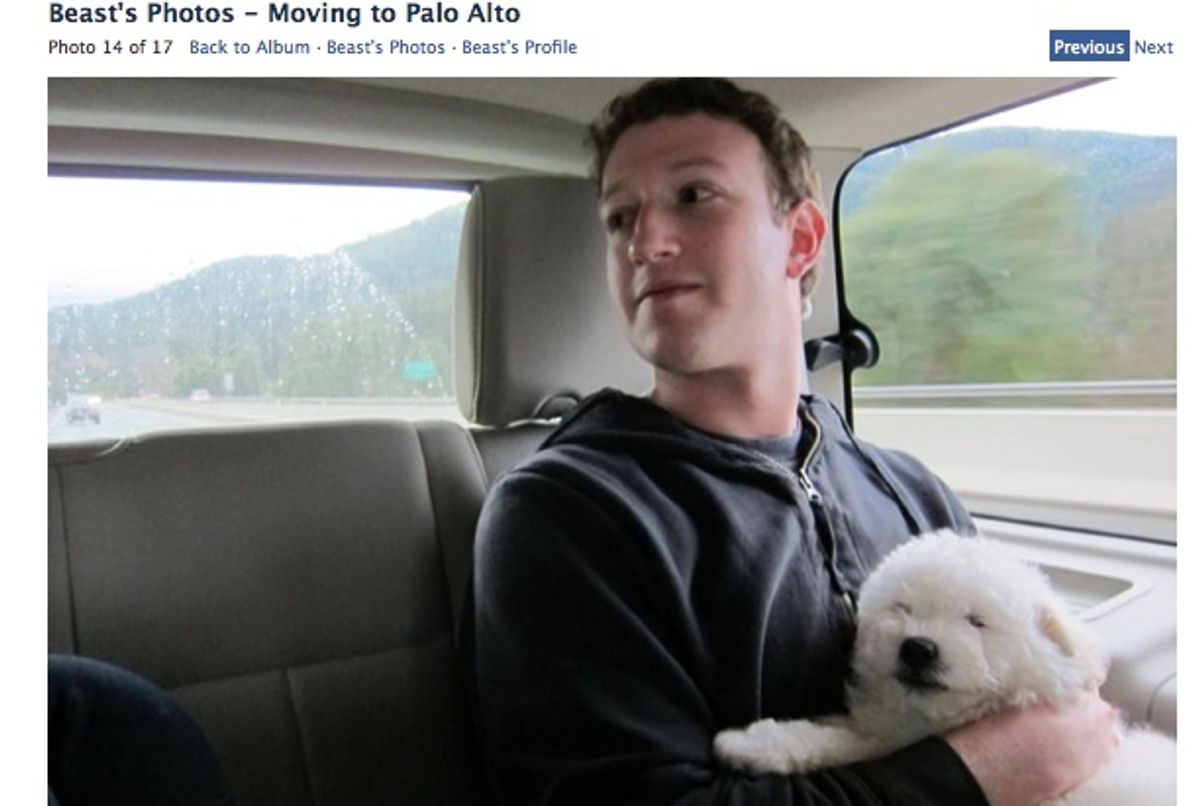 This puppy has the minimum amount of Mark's attention.
--

The story broke in early March of 2011, when Mark and his girlfriend Priscilla Chan adopted this Hungarian Sheepdog and relocated him to Palo Alto due to the dog's great herding skills and ability to make Mark look more like a human being and less like an automaton. Also, that dog could code like the dickens. Of course, we all know the story from here: Mark created a Facebook profile for Beast, attributing quotes to the dog that he would later have to explain in a closed-room deposition after the puppy sued Mark for misrepresentation.

"I do not have an interest in 'Cuddling, Loving and Eating,' and am offended at the implication," reads Beast's official statement to the press.