"Pirates of the Carribean: On Stranger Tides" gets a trailer, Ian McShane

How does Jerry Bruckheimer keep getting renowned thespians to wear guyliner? 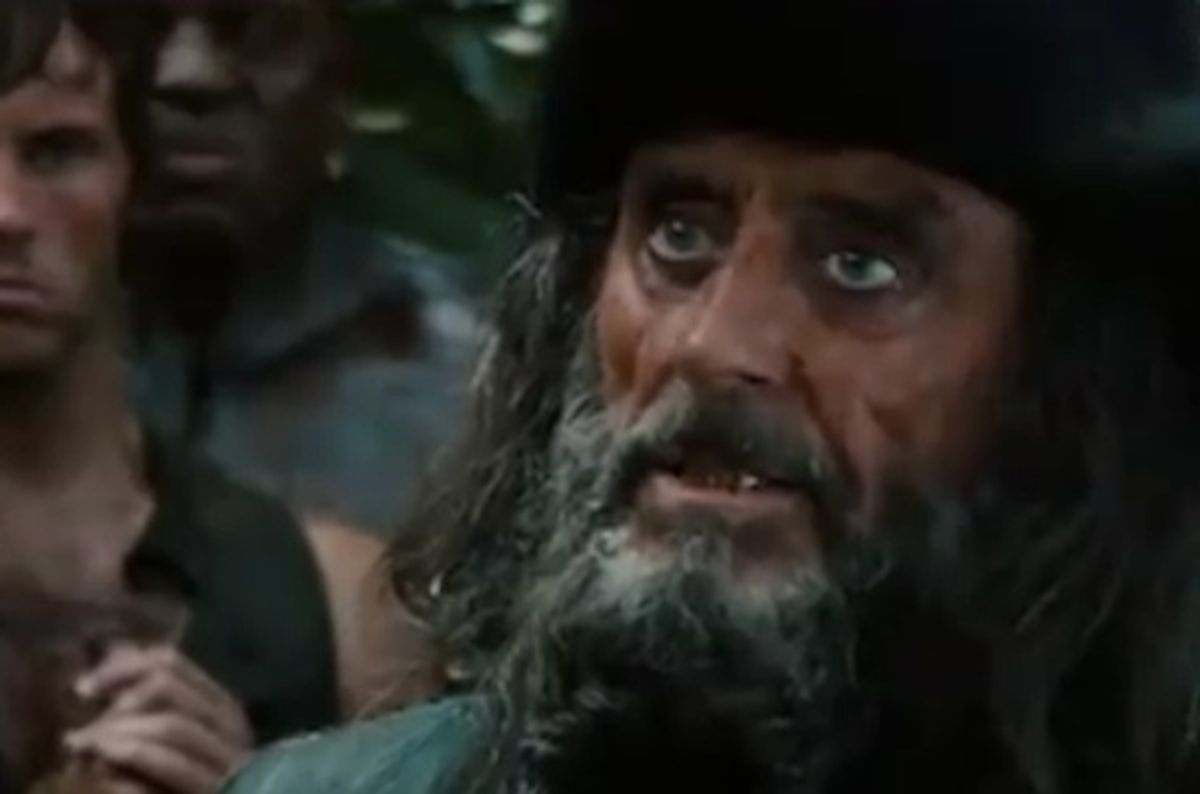 Most Americans had no idea who British actor Ian McShane was until he starred in HBO's "Deadwood." For the role of Al Swearengen he received a Golden Globe, critical attention, and was quickly catapulted into the realm of established, serious actors.

Of course, one could say the same thing about almost-EGOT holder Geoffrey Rush (who is just missing the Grammy) and famed British thespian Bill Nighy, and yet both these men also appear in Jerry Bruckheimer's juggernaut franchise, "Pirates Of the Caribbean." And with the series' fourth installment (the oddly named "On Stranger Tides"), McShane is continuing the great legacy of a once-proud pirate just looking for a paycheck.

Though McShane isn't featured too prominently in this video, his Blackbeard premiered in the trailer released in December.

Of course, the actor who suffers (if that is the right word for getting millions of dollars to act like a drunk Keith Richards) most from these movies seems to be Johnny Depp himself. Despite critical acclaim (and an Oscar nomination) for his first portrayal of Captain Jack Sparrow, the subsequent three films have seemingly cursed him to a lifetime playing other eccentrics on whom subtlety is a lost cause*. While Rush gets to run off and help the king with his speech and Nighy is busy busting his acting chops in "Chalet Girl," Depp is the crazy animated lizard "Rango." (Though if you're going strictly by paystubs, the lizard is the obvious winner.)

It's doubtful that "The Rock" producer can have any affect on McShane's career other than put him in a higher tax bracket, but shouldn't there be some cultural repercussions for phoning it in? Like: If you star in more than 2 "Pirates of the Caribbean" films, you aren't allowed to be up for any awards for two more seasons? That sounds fair. Or maybe it's just that the words "blockbuster" "franchise" and "award-winning" still sound wrong to my snobby ears when used in the same sentence.

It's hard to imagine Depp's droopy, loopy Sparrow aging as gracefully as the villains he signs up against, but then again, if he succeeds in finding the fountain of youth promised in this film, maybe he won't have to.

*Although ironically, it's only been since the "Pirates" films that Depp has received any Academy attention: Once in 2004 for "Curse of the Black Pearl"; 2006 for "Finding Neverland" and 2008 for "Sweeney Todd."