NPR caves to O'Keefe -- and we all lose

By having its CEO resign after the "sting" operation, the organization is handing the public discourse to liars 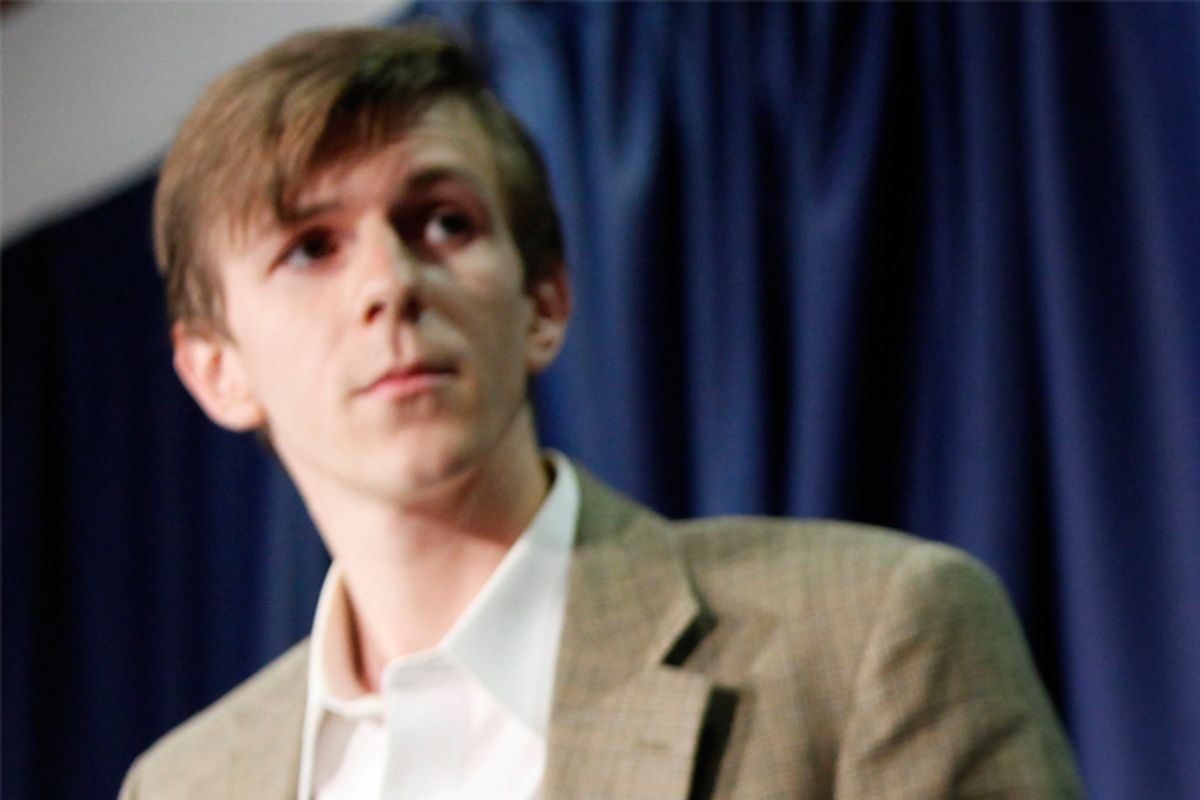 There is much more to say, but I'm angry, and I want to say this quickly: We're all on notice now. Keep your eyes open and your ears cocked. Public life is becoming a maze of entrapments, and the press is enabling the deceit.

Yesterday James O'Keefe, the conservative trickster who has previously targeted ACORN and other organizations with fraudulent schemes aimed at exposing what he sees as liberal bias and malfeasance, unveiled his latest act: his confederates impersonated Muslim donors and recorded a meeting with an NPR fundraiser, Ron Schiller. Schiller said some impolitic things, some of which were true, others of which were overstatements, none of which was that different from what you can hear in any bar and on any blog. (Unless you believe nobody has ever charged that there are racists in the ranks of the Tea Party, or that anyone has ever suggested NPR might be better off without the federal funding that conservatives are constantly threatening to cut.)

NPR rejected the bogus Muslims' bogus contribution, but Schiller's words got him suspended yesterday. And today we learn that NPR's CEO, Vivian Schiller (no relation), has resigned too.

In a saner cultural moment, a serial liar like O'Keefe would not be taken seriously by the rest of the media or by a board of directors. Here's why (courtesy TPM):

Previous tapes by O'Keefe's group have later turned out to be misleadingly edited, including the video that launched them to stardom featuring O'Keefe posing as a pimp in front of ACORN offices, so it's worth taking the overall footage with a grain of salt until further details emerge. Last year, O'Keefe's credibility took another major hit when he reportedly tried to invite a CNN reporter onto his boat to try and seduce her as a prank, an effort that was revealed when one of his own colleagues blew the whistle to the press.

But just as the White House dumped Shirley Sherrod the moment Andrew Breitbart's doctored video of her supposedly damning admission of racism surfaced, NPR's board chose not only not to fight but to cave in immediately to O'Keefe's tactics. By not fighting back, NPR has invited an open season on truth, and ushered us into a new age of mistrust.

You should go listen to O'Keefe's tapes of Ron Schiller's statements -- first, to see that much of what he said is harmless and reasonable, but more important, to ask yourself whether you have any expertise or standing to determine the recording's authenticity. How can we possibly trust O'Keefe's reports when the essence of his technique is deception? Who knows how this recording was edited or doctored? Does the phrase "consider the source" mean anything any more?

Sting operations conducted by law enforcement officials have a dubious record themselves, but at least they require oversight and must meet court standards of evidence. For public actors like James O'Keefe, the oversight, we assume, is performed by the media. The press prides itself for serving as truth's first line of defense, democracy's bullshit filter. This week it failed in a big way.

The larger problem here isn't Viv Schiller's ultimate fate, and it's not even the final disposition of congressional funding for NPR -- an institution I admire in many ways but which, let's face it, we'd survive without.

The problem is we are crediting creeps and letting liars take over our public discourse.

If a James O'Keefe can win attention and scalps by ruses and lies, why should he stop? And does any public figure have a big enough megaphone and a strong enough spine to say to him, "Have you no decency?"