Felicia "Snoop" Pearson is detained in a marijuana and heroin ring bust. It's a sad turn for a once-hopeful story 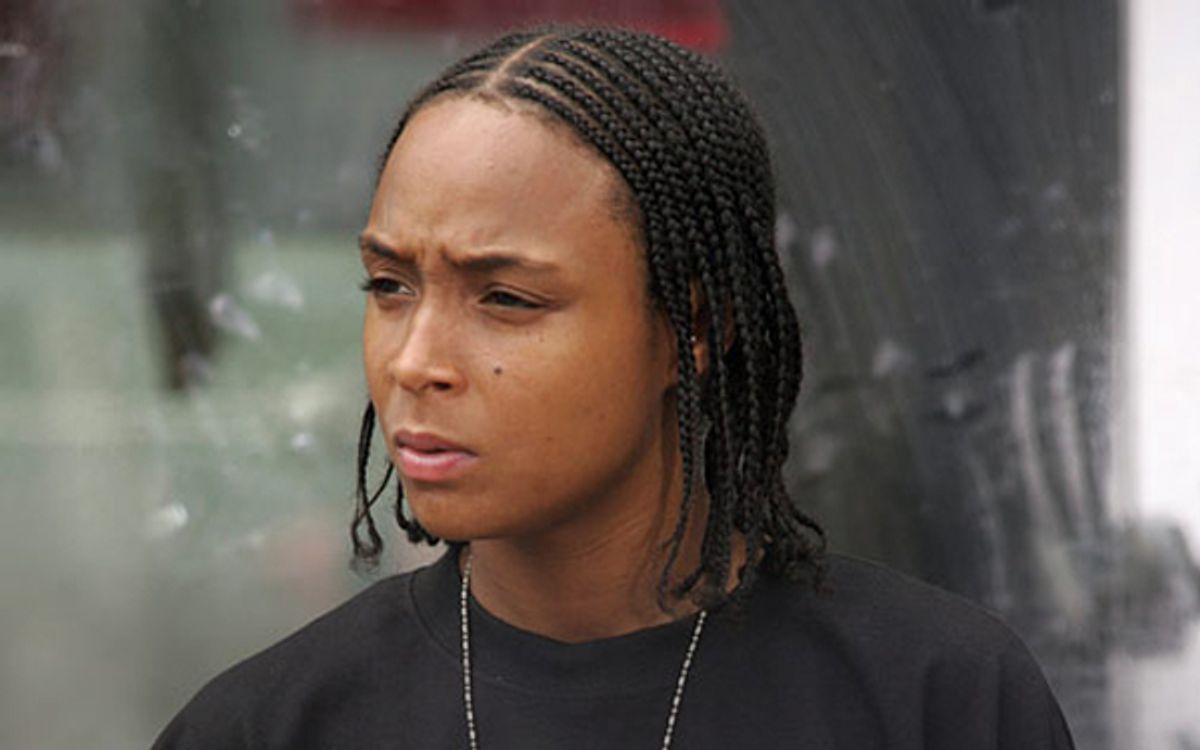 The news story reads like a loose recap of Season 3 of "The Wire." According to the Baltimore Sun, Felicia "Snoop" Pearson was detained earlier this morning along with more than 60 others for her role in a Baltimore marijuana and heroin ring. The arrests marked the culmination of a five-month police investigation. This is not the first time Pearson, a cult TV villain who appeared on three seasons of "The Wire," has been in trouble with the law. In fact, in a weird twist only creator David Simon could provide, it was a young life of crime that brought Pearson to TV in the first place.

Pearson's memoir, "Grace After Midnight," recounts her triumph over the poverty that ravaged her childhood in the same Baltimore projects immortalized in the HBO series. Born only three pounds to a crack-addict mother, she soon found herself in the care of foster parents Cora and Levi Pearson. Teresa Wiltz, who profiled Pearson for the Washington Post in 2007, argues that everything changed for her at 12 years old when Levi passed away. "For a young kid who'd never met her biological family, a girl who was struggling with her attraction to other girls," Wiltz writes, "her crew provided a sense of home." That crew was composed primarily of young dealers on the corner of Oliver and Montford, a street so lethal that former police officer and Wire producer Ed Burns once observed: "If all the dead people [killed] on Oliver Street could stand up, there wouldn't be room for them." Bodymore, Murderland indeed.

In 1996, she was convicted of murder in the second degree after fatally shooting 15-year-old Okia Toomer. Pearson was 14 years old at the time of her conviction. When she wasn't selling black-market dildos in prison, Pearson managed to earn her G.E.D. and was released after serving only six and a half years of her sentence. Four years later in a Baltimore night club, as the Washington Post explains, she caught the eye of actor Michael K. Williams (Omar from the show) who recommended she be cast for the role of the androgynous assassin "Snoop." Observed Williams to Wiltz: "I got intoxicated with her. I saw her strength and her vulnerability."

So did the show's loyal viewers. In his weekly column for Entertainment Weekly, the author Stephen King referred to Pearson's character as "the most terrifying female villain to ever appear in a television series." While true, that observation only tells half the story. Not only did her slurring, B-More drawl and ambiguous sexuality make her a sui generis foil to Omar's gay crime hero, but her personal experiences lent her performance a kind of authenticity that was all too rare to scripted television. Pearson was squarely in line with one of the show's signature flourishes of casting real-life characters, from former Baltimore drug king pin Melvin Williams playing the role of Deacon to ex-junkie musician Steve Earle as Bubbles' 12-step sponsor.

In the years since "The Wire" went off the air, Pearson has appeared in a rap video by Tony Yayo and even landed a bit part in the forthcoming film "Criminal Empire for Dummies," so this is an unwelcome return to the headlines. David Simon made a stirring statement on her behalf today to Slate, also taking care to point out that she is innocent until proven guilty.

"I'm certainly sad at the news today. This young lady has, from her earliest moments, had one of the hardest lives imaginable. And whatever good fortune came from her role in 'The Wire' seems, in retrospect, limited to that project. ...

In an essay published two years ago in Time magazine, the writers of 'The Wire' made the argument that we believe the war on drugs has devolved into a war on the underclass, that in places like West and East Baltimore, where the drug economy is now the only factory still hiring and where the educational system is so crippled that the vast majority of children are trained only for the corners, a legal campaign to imprison our most vulnerable and damaged citizens is little more than amoral.

One of the most common endorsements of "The Wire" is that it watches like a documentary in its careful attention to detail. But part of what enabled us to revel in the exploits of thugs like Avon Barksdale, Stringer Bell, Marlo Stanfield and Snoop was the knowledge that, however truthful, the show was a ultimately a work of fiction. The latest turn in Pearson's story is a painful reminder that real life can be worse.