From music to movies, here are five fun tournament picks that have nothing to do with sports 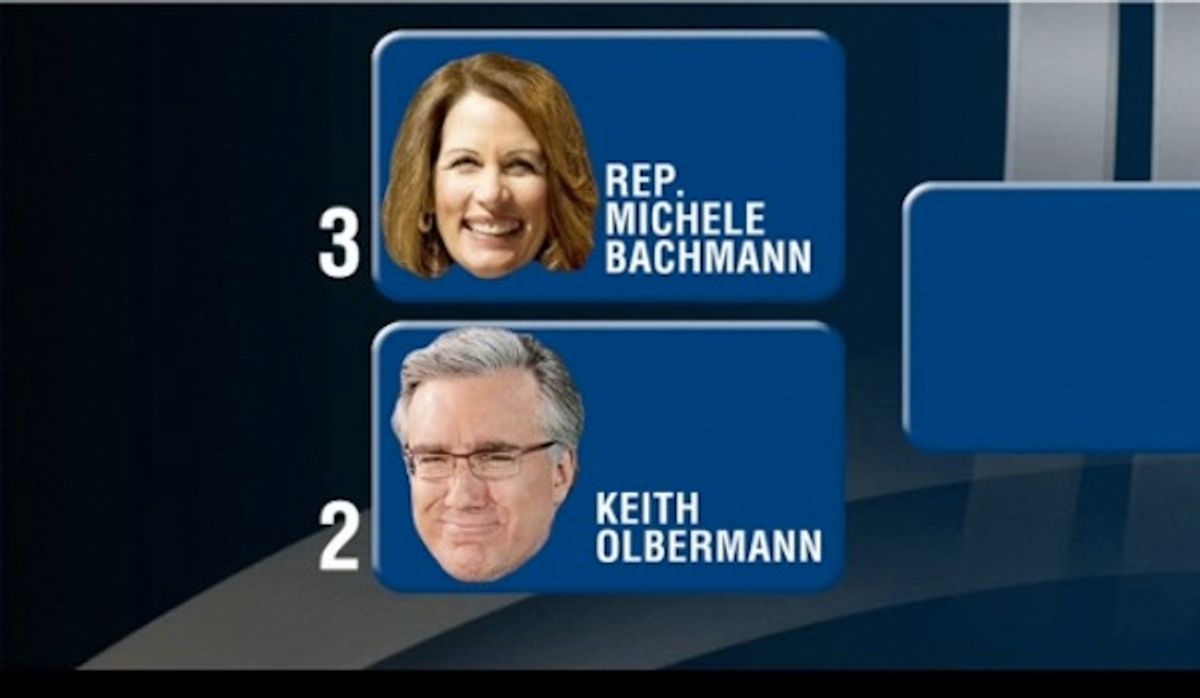 Who will you put your money on?
--

Are you not into basketball? Is your lack of TV ownership causing you to feel left out of the office pool during March Madness? Not to worry, the NCAA teams aren't the only brackets people are voting on this month. Check out these five pop culture alternatives to the college games.

Sexiest Women Alive Tournament: Esquire is putting its own spin on the betting pool by having readers vote for hot women from a range of categories including sports, fashion and music.

"Saturday Night Live's" Real March Madness: A great concept for this week's cold open. Who cares about Belmont vs. Wisconsin when you have Charlie Sheen vs. Moammar Gadhafi in a bracket for craziest person alive?

Musical March Madness: MTV's take on the NCAA games involves pitting Vampire Weekend Against Bright Eyes. What's not to like?

Beard Madness: Because hipsters know nothing about sports but a lot about facial hair, here's a chart for you and your friends. Finally settle the debate on whether Shel Silverstein or Dumbledore has the best face bush!

Guy Movie Madness: On The Marks has a great concept going, even if the pairings are a little nonsensical. "The Godfather" versus "Monty Python and the Holy Grail?" Well, first off, I wouldn't quantify those as specifically "guy movies," but secondly, it's impossible to pick two masterpieces from different genres and develop criteria for winning.