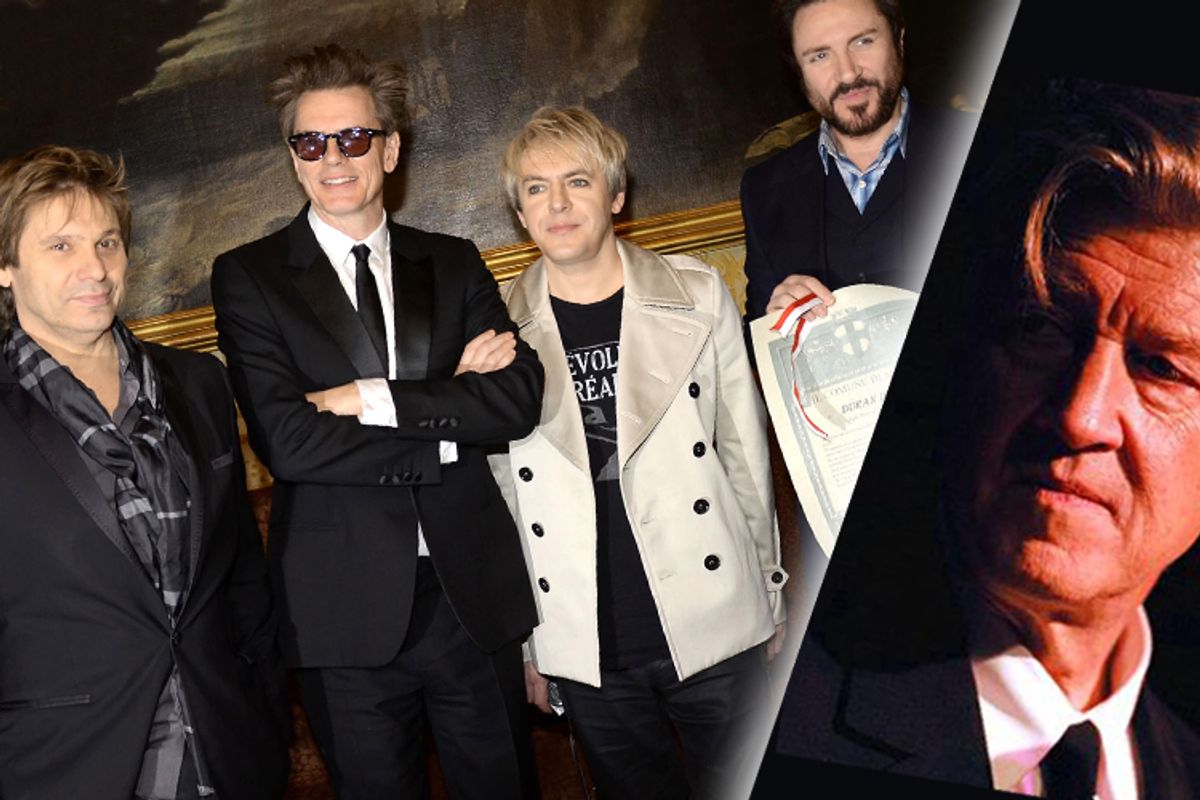 Before last year, watching a concert on TV was a bitter-grapes kind of experience: Sure, it was entertaining, but it also served as a reminder that you weren't actually in the audience. All that changed last when the National hired D.A. Pennebaker to "direct" their live-streaming concert on the Internet. That led to Terry Gilliam and Arcade Fire joining  forces in August during a Madison Square Garden show, where they turned the conert into an interactive multimedia experience on YouTube that went beyond the auteurism of "Give Me Shelter." People watching the show online could interact with the performance by choosing camera angles and submitting images that would show up onstage, creating a participatory experience that took full advantage of the medium as a two-way receiver. It was a definite game changer, and something Marshall McLuhan would have especially loved.

Now David Lynch plans to do something similar -- although we suspect much weirder -- with Duran Duran's March 23 concert, "Unstaged."  Though that may seem like an odd pairing, choosing Lynch was a smart move on the band's part. The director  has a vested interest in both music production and new media (his recent film "Inland Empire" was shot all on digital, and his last album was released exclusively on his pay website), and a Web-streaming concert would be the perfect showcasing of his recent experiments in those fields.

In addition to the ability to switch camera angles, viewers (or are they users now?) can also ask questions to the band on Twitter, upload pictures of body parts for the show's background, and use something called the "Now Pulse Visualizer," an Easter Egg diversion that "monitors real-time online chatter until a particular crescendo that unlocks special content."

If this sounds like too much smoke and mirrors masking a lack of substance, Lynch isn't too worried. "The idea is to try and create, on the fly, layers of images permeating Duran Duran on stage, a world of experimentation and hopefully some happy accidents," said the "Blue Velvet" director. "The stranger it is, the more beautiful it will be," added Duran keyboardist Nick Rhodes. We hope so, because this sounds very, very weird.