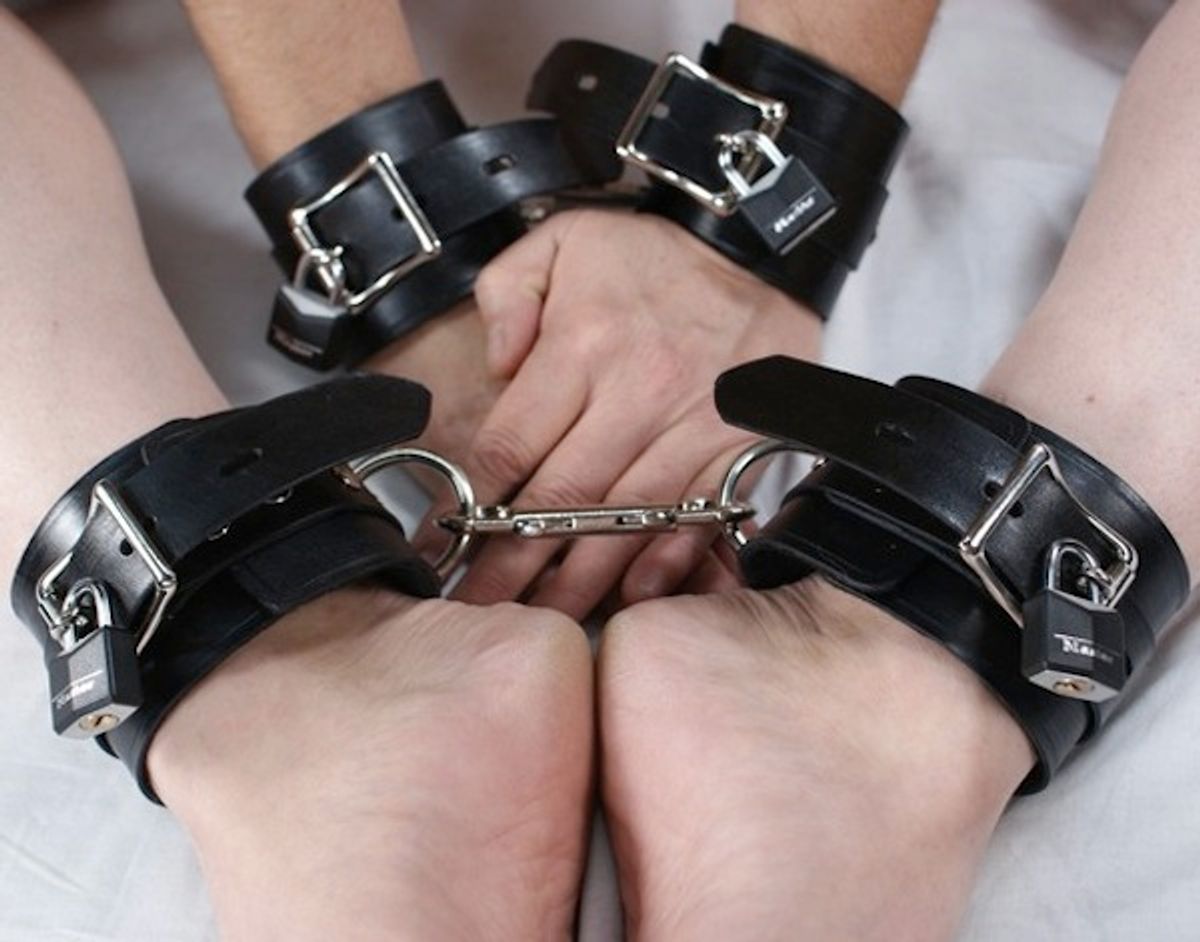 Now the whole Internet knows you bought this
--

When we used to think about dystopian Big Brother scenarios, the horror stemmed from an invasion of our personal lives by an all-seeing, all-knowing secret police. Who would have guessed that it would actually be free-market capitalism that exposed your secret love of extra large leather bondage cuffs to the entire world?

But that's exactly what happened when Etsy.com, an Internet craft fair service, introduced a Facebook-style social networking system called People Search last week to help buyers and sellers connect with each other and become friends (?). Here's the official announcement from the site's forums:

With this new People Search tool, we're expanding on the search tool that's available in Your Circle and making it available across the whole site. Now you can search through ALL Etsy members and filter by Sellers or Non-Sellers. You even have the option to add someone to your Circle right then and there! People Search will be replacing Sellers Search in the site header search dropdown.

We're carrying over all of the privacy settings from Sellers Search so you can still hide your real name from search in your Profile.

All good, right? Except what Etsy forgot to mention was that the privacy settings weren't the same for buyers and sellers, but now applied to both with People Search. And the default mode on Sellers Search revealed your name, items that you've purchased or made Favorite, and any other personal information. In order to retain your previous privacy settings as a buyer, you now had to go in and change your settings, something that was not mentioned by the site's administrators. Not only that, but the forums themselves were mainly used by sellers, not buyers, meaning that people purchasing items off of Etsy remained unaware of their information suddenly becoming public.

This was all brought to light in an article by Jane Little over at Arstechnica.com:

Even if users haven't entered their full names, their profiles are still searchable by username. Even better, people's Etsy profiles and their purchase histories (via the feedback they leave) are beginning to show up under Google results for their names. Even if the buyer didn't leave feedback, a seller could leave feedback for the buyer and still expose what that person purchased.

EBay does the same thing essentially, making your purchases public after 30 days. The difference is that no one told Etsy buyers that all their purchases were now public and Googleable.

So far, Etsy has not made any official announcement about the changes in buyers' privacy settings, and that's not just a disclosure problem, but a legal one as well. In some states it's still illegal to own sex toys, so if a Google search of your name reveals you live in Alabama and are making local transactions involving a unicorn butt plug, you are breaking the law.

Etsy owes its users both an apology and an explanation, but even that might not be enough to undo the damage. In a post for the site EylerWerve, a writer points out that his only purchase from Etsy, made in 2009, is now the fifth Google result for his name. And with cache functions, that's something that can't be undone just by reverting back to the old privacy settings.

Update: Adam Brown of Etsy has contacted us in the comments with an official statement about the matter:

Just wanted to let you know that we have resolved this issue. As of right now, all your purchases and feedback on Etsy are now automatically set to private.

You can read more about it in our blog: http://www.etsy.com/storque/handmade-life/rethinking-feedback-12472/