Why "Yellow Submarine" could have been a great remake

Disney has nixed Robert Zemeckis' plans for reanimating The Beatles. Why this might actually be a bad thing 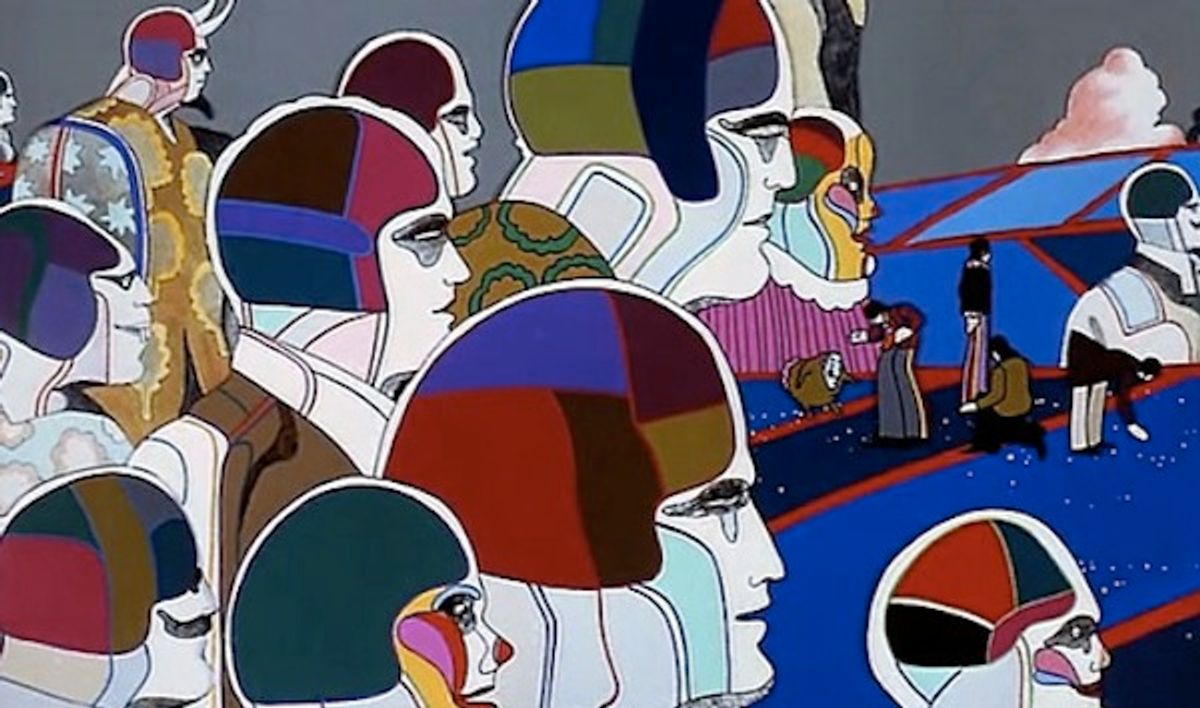 In the world of animation, there is only one thing creepier than Claymation (sorry Gumby) and that is motion-capture technology. Talk about Uuncanny valley: movies like "Polar Express," "Beowolf," and Jim Carrey's "A Christmas Carol" aren't cute or fun, they are terrifying. Plus, it seems silly to spend millions of dollars to make an animated Tom Hanks look just like the real Tom Hanks. Why not just use a non-animated Tom Hanks and save a bunch of money?

Which is why, when Robert Zemeckis (the man behind all the movies above) declared in 2008 that he was going to remake The Beatles' 60 psychedelic cartoon "Yellow Submarine" using his trademark digital filmmaking style, it bordered on sacrilegious. We already had those creepy simulacrums of John and George playing in Beatles: Rock Band, and we hadn't heard anyone clamoring for more money to be made off of faux-sincere tributes to the band.

But up until today, "Yellow Submarine" was a work in progress, already optioned by Disney. Too bad this week happened to coincide with Zemeckis' latest feature, the $105 million flop, "Mars Needs Moms," produced by the director's studio ImageMovers Digital. Disney took one look at the figures and politely backed out of the deal.

Which is actually disappointing. I know, I just said motion-capture technology is creepy and weird, but you know what else fits that description? "Yellow Submarine." With access to 16 songs and the likeness of Ringo, Paul, George, and John, there was a possibility there (however slight) that Zemeckis could have produced a world as wonderful and weird as the original. It might not have looked like the universe inhabited by the band back in the 60s, but it would have been forced to make some bold – and possibly genius – choices on how to portray hyper-realistic psychedelia.

Then again, it could have been a disastrous train wreck. Maybe this way Disney will just license the film to James Cameron and we can have a version of "Yellow Submarine" that looks like "Avatar."