With all the problems facing the land of the rising radiation plume, only one metaphor makes sense: Defecation 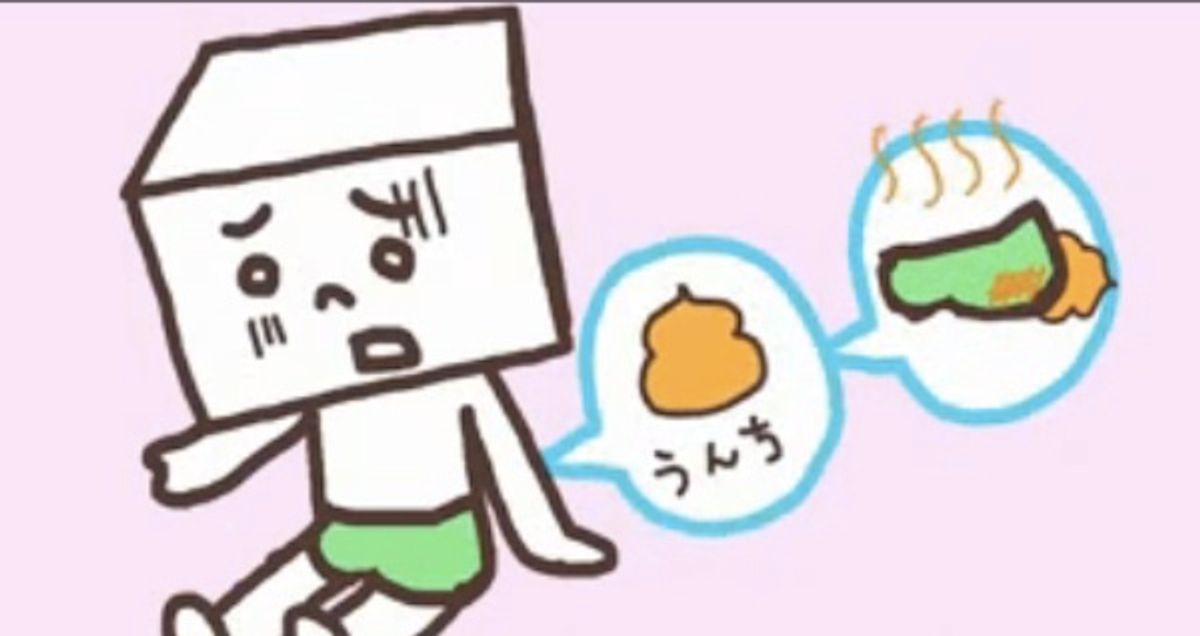 As we speak, emergency crews are trying to contain the radiation leaking out of cracked reactors in Japan's Fukushima Daiichi nuclear power plant.  It's a difficult time, with the nuclear crisis coming on the heels of an earthquake and tsunami, and it is uncertain whether the seawater and boron mixture that the crews are using to cool down the plant's reactor core will succeed. People are evacuating their homes as our own government tries to figure out the best way to send aid.

But how do you explain all of this to a child living in Fukushima, or in Japan in general? Their lives have been disrupted, and while "earthquake" and "storm" are ideas they may be able to comprehend, nuclear science is not.

That's why Japanese artist Kazuhiko Hachiya has made a cartoon to help ease the small minds of the nation. "Nuclear Boy" chronicles Fukushima's reactor cracks and radiation leaks in a way that's easily relatable to kids: The nuclear power plant has a tummy ache, and we're trying to make sure it's not going to take a great big poop all over the country.

I'm all for explaining stuff to children in a light and humorous way to take the edge off of such a terrifying event, but I also never thought I'd be more disturbed by the images of Chernobyl until I started thinking about them covered in explosive diarrhea.