"Super" and the rise of the indie masked crusader

Rainn Wilson and Ellen Page star in this "Juno"-meets-"Kickass" hipster flick. Where's Batman when you need him? 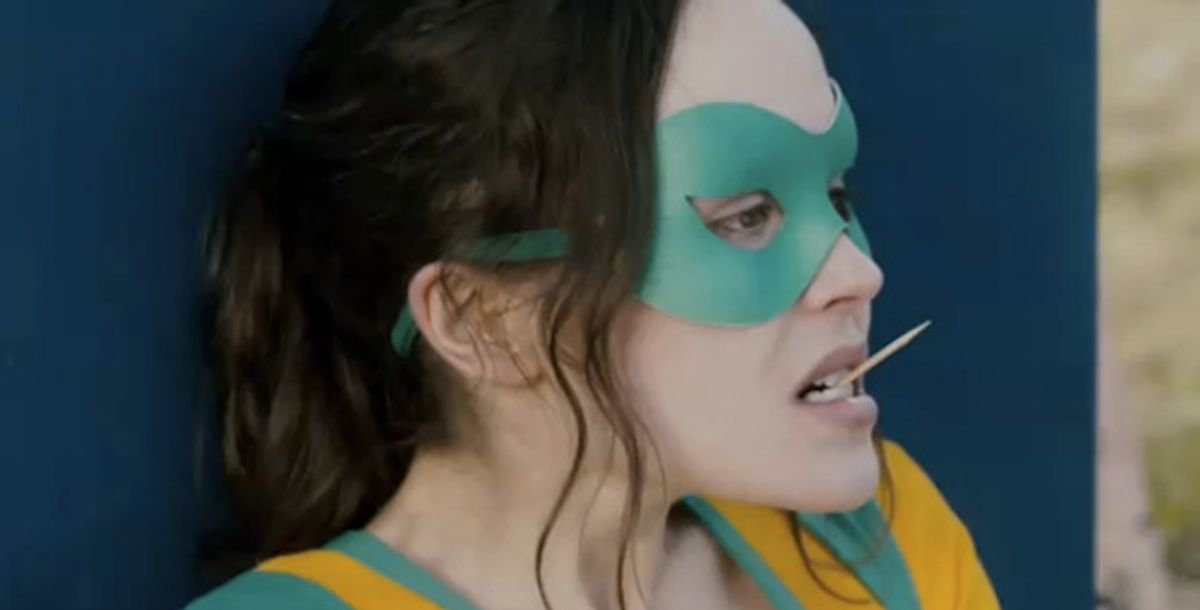 Looking at the trailer for "Super," you might be confused into thinking you were watching Diablo Cody's attempt at an action movie. After all, she's already tackled the indie family flick ("Juno") and the indie horror flick ("Jennifer's Body), so an indie vigilante film featuring a lot of primary colors and sassy one-liners would fit into the Academy Award winner's oeuvre. But you'd be wrong.

"Super" is actually a film by James Gunn, who directed the funny horror flick "Slither." The reason it looks familiar might have less to do with the movie starring two of "Juno's" co-stars, Rainn Wilson and Ellen Page, and more to do with the fact that, well, we've seen this before. Or something like this.

Last year's "Kick-Ass" introduced the idea of hipster heroes with no discernible powers into the mainstream movie lexicon, and this winter's "Green Hornet" had Judd Apatow prodigy Seth Rogen slimmed down and killing off bad-guys with his usual stoner-quips. "Scott Pilgrim vs. the World" took the meek Michael Cera and turned his life into a human video game in which he defeated his love's seven evil ex-girlfriends, while Joss Whedon's successful web-series "Dr. Horrible's Sing-Along Blog" introduced us to an even novel-er concept: a hipster supervillain. And while America is breathlessly awaiting the arrival of our new (British) Superman, an X-Men origins film, and the third "Dark Knight" sequel, maybe these unlikely, slovenly heroes are the necessary antidotes to the dark and gritty reboots of childhood comics.

But the problem with "Super" is that it looks too familiar: a mash-up of "Kick-Ass" and "Juno" that comes too soon after both these films to be nostalgic. How many movies can have the same premise of a dorky guy (or girl) with no powers to call their own deciding to clean up the streets and get the girl (or guy) of their dreams? (Wasn't "Spider-Man" enough?)

Though "Super" looks fun, and Gunn is a talented writer and director, the whole point of a non-super super hero was that its originality. Four or five films later, and this concept becomes as stale and annoying as hipsters themselves.