With the fate of the 5th season up in the air, AMC and Lionsgate play chicken with one of TV's hottest commodities 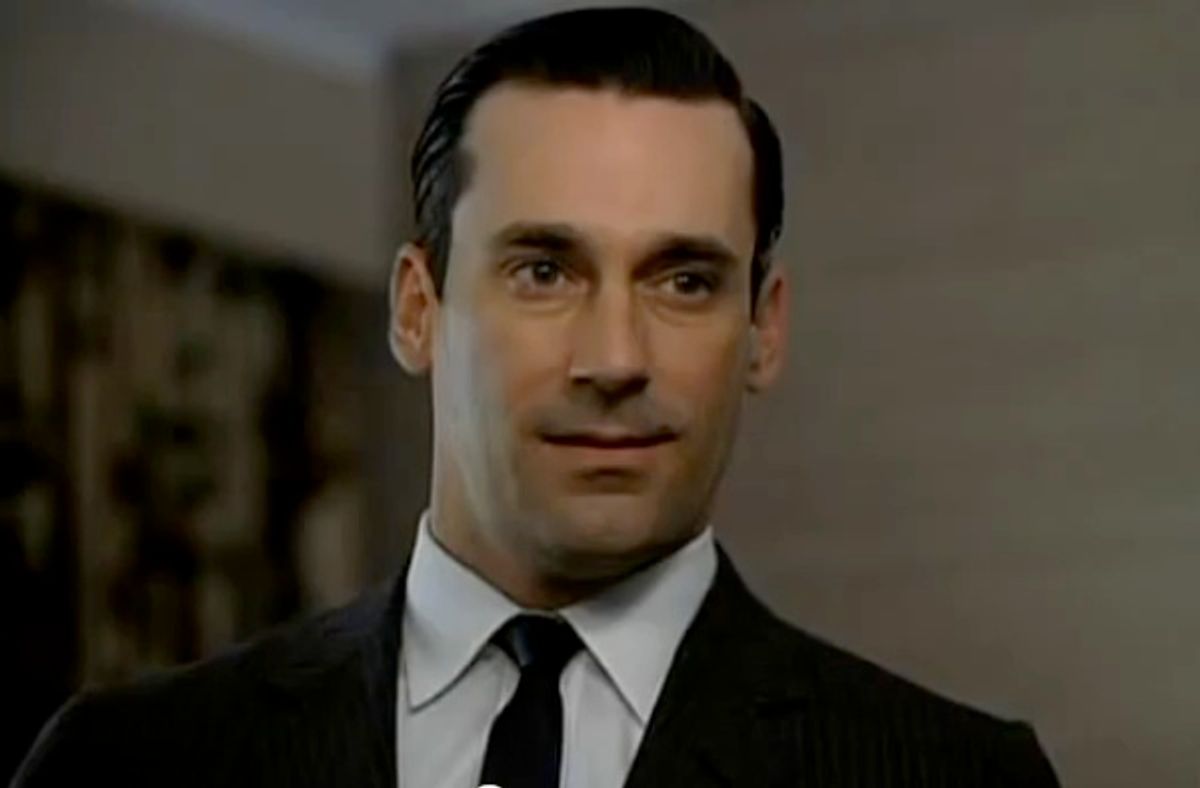 If "Mad Men" doesn't come back for a fifth season, I'm blaming Rich Sommer. No, I know it's not the fault of the actor and writer who plays Harry Crane on AMC's critical darling that negotiations have dragged out this long, but he's the one who got us worried about the possibility. And now that there's officially a "problem" (in so far as the news of a setback is no longer gossip, but a story for the New York Times), I can't help feeling like I could have had at least four blissful months of ignorance if Rich hadn't tweeted back in November that he didn't know whether the show was going to come back on.

Rich quickly qualified his tweet -- saying that he was just referring to the lack of an official statement regarding a pickup for next season -- but he was obviously concerned, which made us concerned. Why wouldn't "Mad Men" get picked up for another season, when it's won so many awards and garnered such critical praise?

The problem stems, as it usually does, from money issues. AMC currently pays over $2 million an episode to Lionsgate for the show, and now the production company wants to up the price. This happened once before in 2008, when Lionsgate tried to push out creator Matthew Weiner and AMC fought back to keep both the show and Weiner as executive producer. But this time it's different: Despite all the acclaim, "Mad Men's" ratings aren't great, and now AMC has both "Breaking Bad" and "The Walking Dead," two other critical successes. "Dead" did especially  well this year, with the zombie show's premiere drawing in the network's largest audience to date, nearly twice as many as "Mad Men's" third season opener.

Adding to its problems with AMC, Lionsgate still hasn't given Weiner a contract for next season, despite the former "Soprano" writer's insistence that he'd like "the show to go on and on and on until it has worn out its welcome with viewers." Again, it's a money issue, but one that puts the production company at war with both its talent and its distributor, a lose-lose situation for everyone (but especially us viewers). If Weiner leaves the show, AMC might decide the high price Lionsgate is trying to negotiate isn't worth it, and like Roger Sterling's Lucky Strikes account, losing Weiner as a linchpin could cause the whole operation to crumble.

Still, there's no reason to think "Mad Men" is gone for good (since essentially this is all a fight about who gets what share of a profitable program, and no one wants to kill a golden goose), but a delay now looks inevitable. According to the New York Times piece, we may not see Draper and co. until the end of 2011 ... if we see them this year at all.

Meanwhile, John Slattery is looking for a job where he can continue to wear fedoras to work every day.