Equal parts Terry Gilliam, "Phantom Tollbooth," and those black glowing orbs from "The Prisoner." Do what they say 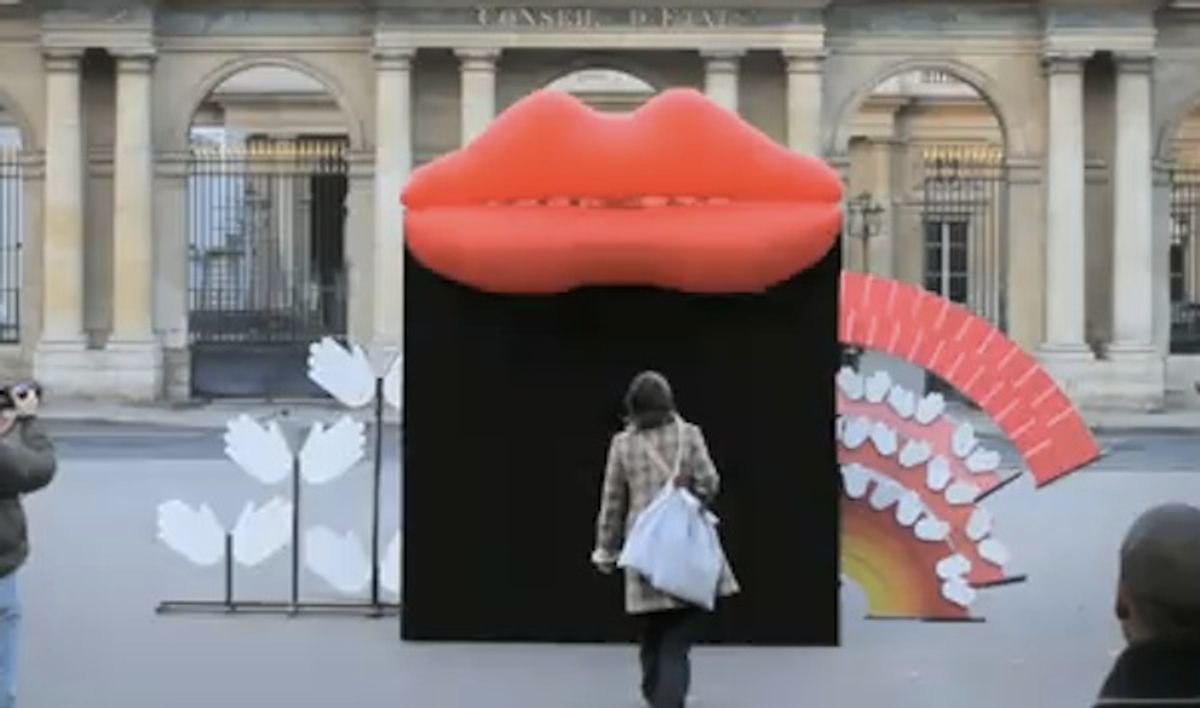 In general, I'm against viral marketing. I think it's silly to look at a piece of art, or watch a video, or to participate in some Internet game, only to find out that the end result is going out and buying a Coca-Cola. Call me old-fashioned, by advertising should be advertised, not hidden.

That being said, I'm all for these giant black boxes appearing all over France, announcing that they are "Escape Machines" and asking French citizens where they would go if they picked just one place. They are just so beautiful and weird that they actually transcend what they are advertising (an airline/travel company called Voyages SNCF). There are several of these videos circulating around right now, and each is more inspiriting than the last.

If it turns out that Terry Gilliam somehow didn't have his hand in this project, I'd be very surprised. But these art/ads do raise the question: if what you make to advertise your product is so attention-grabbing, does it completely obscure the message of what you're trying to sell? We saw this last week with the Times Square transmitter guy who turned out to be working with the marketing company for "Limitless": the only way we even found out what it was for was after a New York Times story about the incident.