A viral video shows a guy changing the giant screens in the city to images of himself. Didn't we just see this? 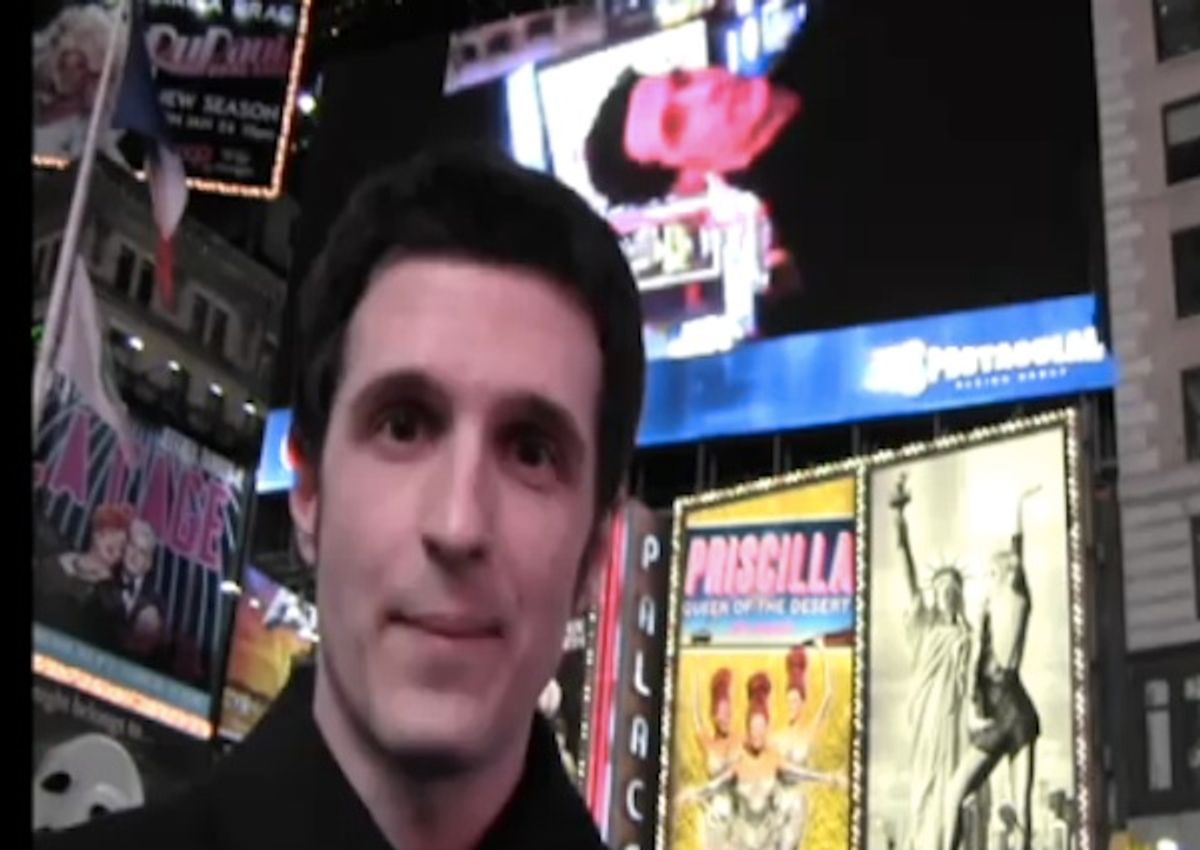 Another day, another guy controlling a giant screen from his cell phone.
--

Another week, another guy in Times Square using his phone to control the giant video billboards. Welcome to the new hot advertising campaign of 2011.

The thing is, at least with that first video two weeks ago – which showed a man supposedly hacking into the billboards from his iPhone via a transmitter and "video replayer" (something that doesn't exist) – we got some good conversation mileage out of it. Yes, we all knew it was a hoax, and most of us weren't surprised to find out it was a viral marketing stunt, but at least it was trying to show us something new. Here, Toronto developer Adi Isakoviis claims to be able to pull off the same trick, except the videos he's projecting onto the billboards are of his dog, and also have a time-lag. And also it's just not as cool, because he didn't even pretend to use magic Internet hacking in order to do it.

"The takeaway here," says Adi, "is that we're actually controlling a massive screen in Times Square."

And I mean sure, he's technically right. But the reason Isakoviis controlling the screen isn't because he has some godlike hacking power (notice how that word isn't used in this video, but the word "control" is?), but because -- just like ThinkModo did with their video -- Adi leased the digital space from the advertising company that owns the screen time on the billboard to promote his company, Tubemote. So eh, it's not actually that impressive. We could all "control" a screen that we bought and paid for, in the sense that we'd be able to put (hypothetically) anything we want on there. The fact that Adi can do it in real time via his iPhone doesn't really add a "wow" factor, as we had determined from the first video that all these ads come from a computer loop. If your phone can access the loop and you have the right passwords, you can change the video to whatever you want.

Though it's sad that this video didn’t come first, as Tubemote actually makes a lot more sense for this type of stunt than the movie "Limitless," which is what the first viral video ended up being an advertisement for. This application lets you use your smartphone as a remote control for your computer: you sign up with your own channel on Tubemote.com, and then whenever your computer is on that page, you use your phone to pick what videos you want it to play.

I'm trying to think of one instance where this could be useful…maybe if you're standing really far away from your computer and want it to play an Arcade Fire song from across the room? Or if you're the type of person who likes to rent out video billboards in Times Square to show the world images of your dog? Otherwise, this application seems as pointless as, say, trying to cash in on the popularity of a viral ad campaign from two weeks ago.