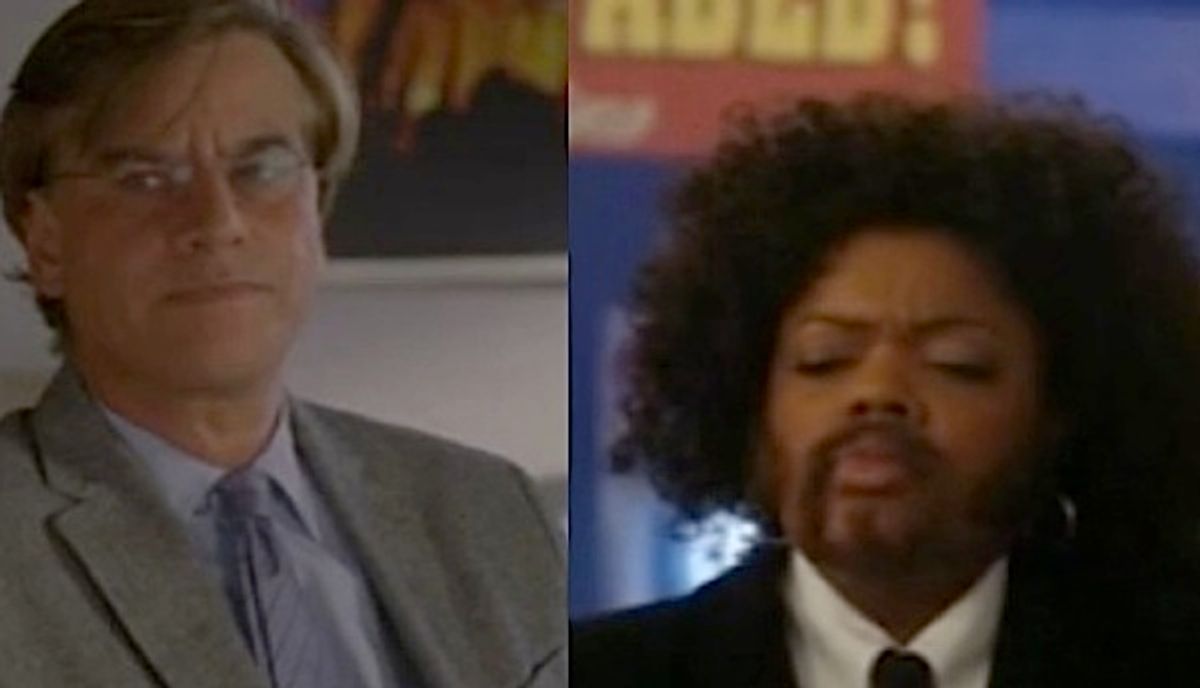 You know what's cooler than a million movie references??
--

NBC is currently watching a war unfold within its own ranks: Who can cram the most pop culture references into any given episode of a comedy show? Before this year, the award clearly went to "30 Rock," a program that effortlessly slid between Huffington Post and "Harry and the Hendersons" references without missing a beat. No matter how many times Steve Carell uttered "That's what she said," or "Outsourced" did ... whatever it is that "Outsourced" does…they just couldn't keep up with the culture-consuming writers of Tina Fey's hit, hip show.

But this season, a dark horse appeared on the horizon. While the first season of "Community" dealt with establishing the characters and giving Joel McHale a chance to prove he was more than just a pretty face from "The Soup," the second season quickly moved beyond the sly wink of self-awareness to become a show that reached, as Patton Oswalt describes it, "the ETEWAF* singularity." It was the closest TV has ever come to being the Internet (sorry, Tosh), with in-jokes doubling back on themselves the way a Television Without Pity forum thread might. Nothing was sacred: not Dungeons & Dragons, Charlie Kaufman or the Web itself (which creator Dan Harmon has used on occasion to throw his fans off-track with fake spoilers on his Twitter feed).

But last night both "30 Rock" and "Community" reached their respective peaks in terms of a meta-media analysis. While Liz Lemon met her match in a walk-and-talk cameo with "The Social Network" scribe Aaron Sorkin (who I swear to God I thought was Eric Roberts for a good five seconds) in an episode called "Plan B," "Community" busied itself in "Critical Film Studies" by making the most unlikely double-parody of all time: a "Pulp Fiction"-meets-"My Dinner With Andre" mashup that would have been impossible to pull off on any show that did not feature the incredible Danny Pudi. (Honestly, who in the 18-25-year-old demo has even seen that '80s film that is literally just two people talking in a restaurant for 110 minutes?) So while the Wallace Shawn references may have gone over some viewers' (read: everyone's) heads, the scene in which Pudi's character, Abed, talks about his experience on the set of "Cougar Town" was one of the most riveting monologues ever given in a 30-minute comedy show, as ridiculous as it seems. That dinner monologue pulled off the impossible: transcending its own esoteric references and becoming something greater than the some of its pop-parts.

Sorkin's appearance on "30 Rock," on the other hand, was the more obvious and immediately gratifying jump-off point, proving that the comedic powerhouse of  the older show still holds the cards when it comes to pulling in big talent. (Especially considering the show's flagrant dig at "Studio 60 on the Sunset Strip," a show written by Sorkin that failed in part because it was too conceptually close to "30 Rock.")

So who won the collective hearts of its media-savvy fan base last night? I'd have to give it to "Community," just for sheer chutzpah: while the "Pulp Fiction" element turned out to be more of a red herring to the "Dinner With Andre" bit, it was still mind-boggling to see a popular prime-time show combining – successfully! – two films that couldn't have been more diametrically opposed and having them resonate with a college-age audience. Well done, "Community." Now if you could just get around to that Godard/"Akira" episode we've all been waiting for…

*"Everything That Ever Was – Available Forever" **

** It should also be noted that Oswalt has guest-starred several times on "Community."