The Internet: making sure your on-air humiliations are never forgotten 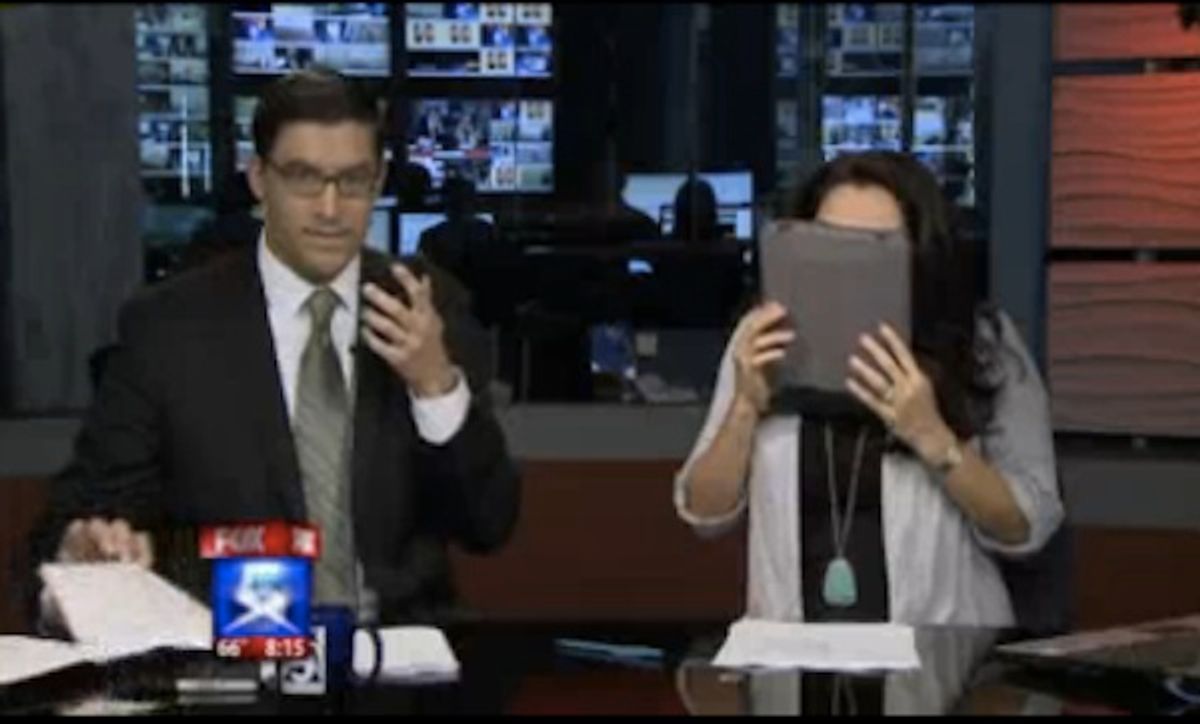 Man, there is nothing worse than getting punked on live television as part of a dumb April Fools' prank pulled by your smirking, helmet-haired Fox News co-host. Oh wait, yes there is: Thinking that only a couple thousand people would actually watch this scene play out in real time (since you host a local San Diego morning show on an affiliate of Fox), and then finding out that millions more are watching it after the fact because of, you know, the Internet and stuff.

No, you know what? I don't think Shally (Shally?) even bought into this "punking" by Raoul Martinez for one second. She was just being a really good sport. I mean, "materials capable of turning mechanical energy into usable energy?" What does that even mean? Wouldn't that imply that a company had figured out a way to basically stop the oil crisis? I mean, that would  be the real joke right there. Also, mechanical energy has nothing to do with sensory experiences...you know what? I'm just going to stop right here. These people weren't paid to be rocket scientists and neither am I.

At least Shally (Shally?) was a good sport about it on Facebook: "My peeps got me good! APRILS FOOLS JOKES ON ME :( Cant believe I fell for it !!!!"