Human rights organization Breakthrough has created an alternative reality puzzle that hits us where we live: Online 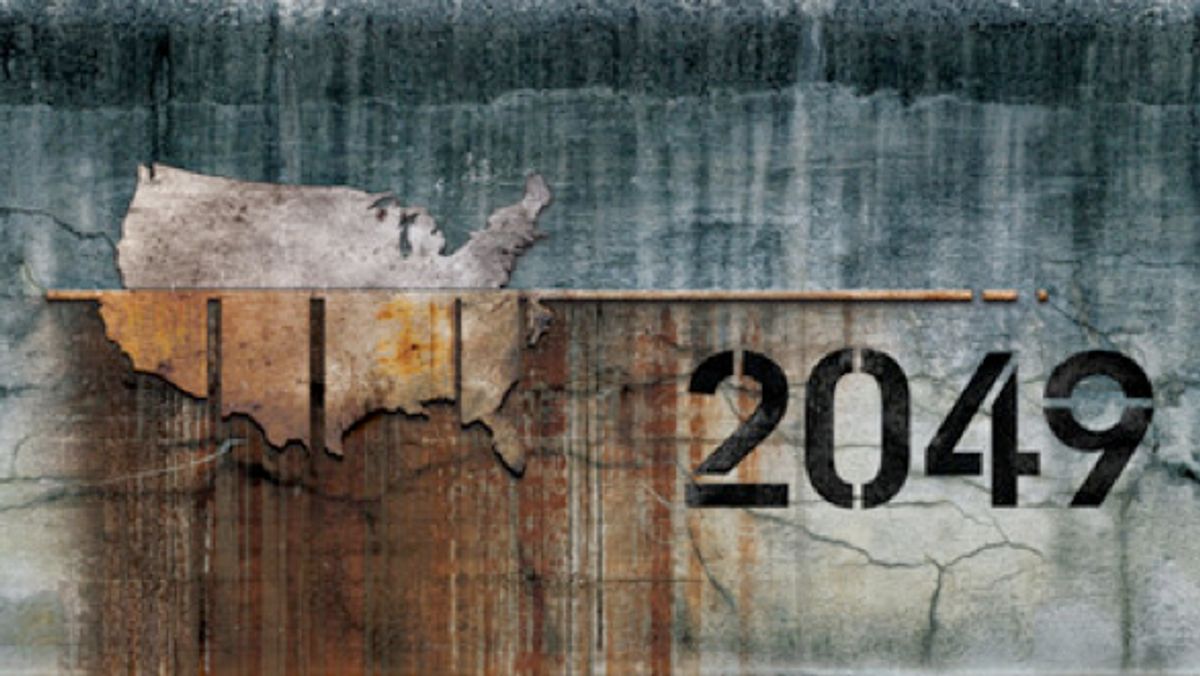 When was the last time you played a really engrossing video game that didn't involve shooting zombies or controlling irrationally angry birds? Something that took a little more brainpower, with codes, secret videos and Easter Eggs located both on the Web and in real life ?

Now, when was the last time you heard about one of these games existing on Facebook?

Probably never, which is what makes "America 2049" such a compelling experience: one that combines elements of RPGs (role-playing games) with ARGs (alternate-reality games). Oh, and the game also stars a slew of celebrities like Harold Perrineau ("Lost"), Victor Garber ("Alias"), Cherry Jones ("24"), Anthony Rapp ("Rent") and Margaret Cho. The trailer invites you to look at a world not that far in the future, where civil liberties and social justice just aren't in the lexicon. "America 2049" explains that you are a special agent working for the Council on American Heritage, with a mission to capture a Ugandan terrorist Ken Asaba (Perrineau) who has recently escaped from an internment camp and may be a carrier for a deadly disease.

Launched on Monday, the game is 3 months long, with a new "level" unlocked every week on Facebook. The game comes to us via Breakthrough, a human rights organization that focuses on pop culture and new media as the means to getting out its message for social change. We spoke to both Perrineau as well as Breakthrough's founder Mallika Dutt about Facebook, social issues and whether a game has the ability to enact real-world change.

Harold Perrineau: My wife told me I had a message waiting for me on Facebook, about doing some voice-over work. And I kind of ignored it. And then my agent called and told me about this game, and I thought, "Wait, this can't be the same Facebook thing, can it?" Because you never hear about those kind of apps; I'm not sure if there have been any quite like this. And when I became involved, I was just amazed at this multilayered, complex game that this human rights organization had come up with. It was so thinking outside the box: You know, a lot of groups they do great work by talking about the issues, or going places and building houses. But this is something completely different, a way to reach out to so many people.

I think your fans will be interested in seeing where you went after "Lost," which has a similar puzzle-solving quality that "America 2049" does.

HP: Well, it's funny, because when you approach characters like Ken Asaba, you know it's going to be the players who decide who are the good guys and who are the bad guys. As an actor, I don't make that call, although I think he is motivated by the right things. And, you know, working on "Lost," we were only given the information that basically the characters had. So the first season all I knew was "OK, I'm on this island and there is this ... thing ... trying to kill us." And as the show developed, we learned along with the audience. With "America 2049," I was never in the same place as the other actors, I wasn't given the same information as them, and they didn't know what I knew. So it played into the same puzzle-like experience for everyone involved.

Can you tell me why you decided to put "America 2049" on Facebook, as opposed to releasing it through a website or more traditional outlet?

Mallika Dutt: Human rights have to begin at home, and we really feel the best way to reach people at home is through the power of pop culture, which is what distinguishes us from other social groups. We really try to engage and get a conversation going, and right now, millions of communities are all on Facebook. That's the audience we want to reach.

And why a game at all?

MD: There's a lot of literature out there right now about how gaming has the potential to be a transformative experience. We've always been looking at what's trending, what's changing, and where young people are, and try to connect to them that way. Right now the answers are games and Facebook.

See, but I worry that because your game does have a message about social change, some of Facebook's users might play and then feel like they were duped into learning something, or being lectured on an ideology. Kids are really wary of that type of experience, especially since there are so many groups out there producing games like "Home Front." [Where players work in a reality where North Korea has taken over the blond, blue-eyed populace of America and imposed a tyrannical reign ... all racist propaganda, basically.]

MD: You know, it's really important to us that everyone engages in the game, no matter where they're from or how they feel about these issues. As you play the game, you are immersed in certain roles and the story unfolds ... but in the process of playing the game, we think the values it upholds are values that should be important to everyone. So it isn't about "us versus them" or "good guys and bad guys": at the end of the day it's about us as individuals, and the choices we make. That is what determines the type of society we live in.

You can play "America 2049" here, and check out Breakthrough's website. For more gaming with a social conscience, check out Games4Change.org.