During his live tour, the disgraced star incites an Ohio crowd into a hateful chant about ex-wife Denise Richards 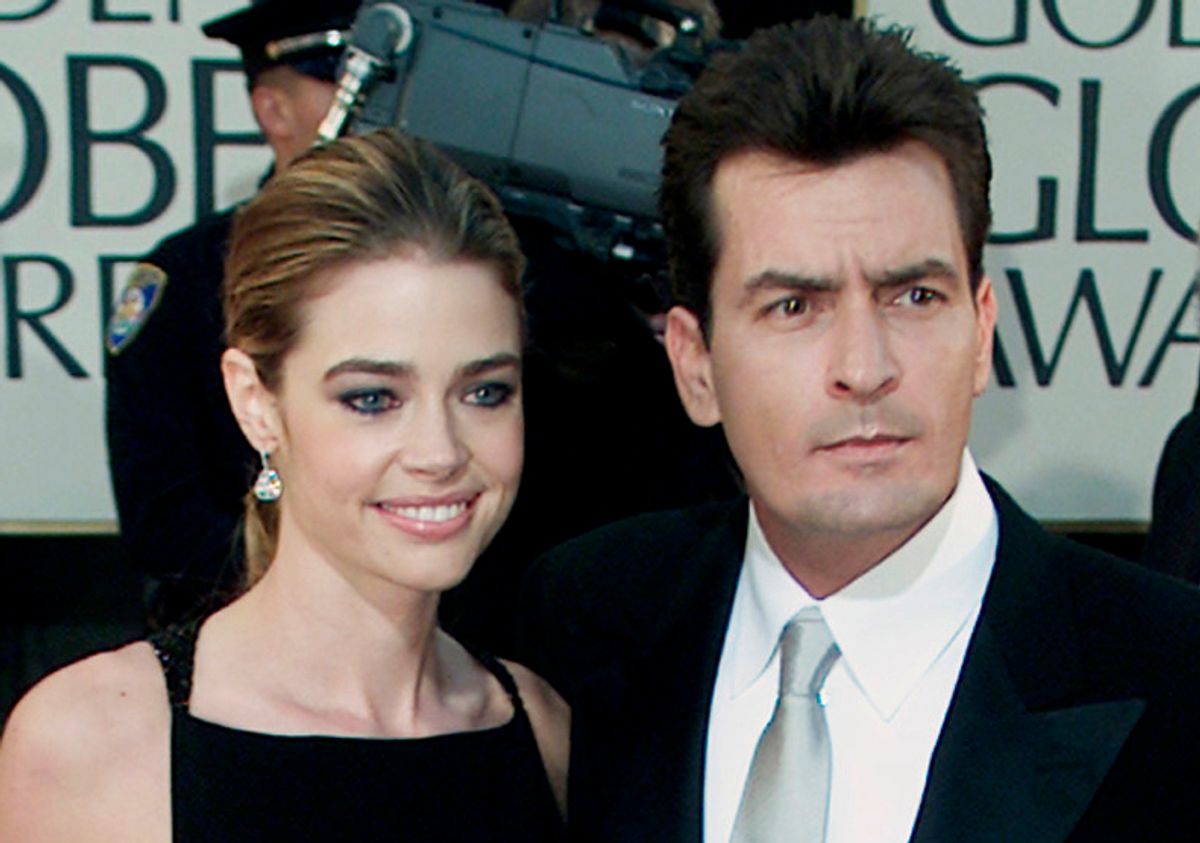 Charlie Sheen has figured out how to win back the fans -- hateful misogyny! After a disastrous show in Detroit, where he was booed by fans who did not appreciate his rambling, angry brand of "winning," the former "Two and a Half Men" star and Vatican assassin warlock has managed to woo his ticket buyers with some diatribes against the Motor City and, reportedly, a rousing chorus of invective against his ex-wife Denise Richards.

Sheen hinted at his less-than-stellar relations with the mother of his daughters Lola and Sam last week when he tweeted "We must bombard with Warlock Napalm, that traitor and loser whore #DUH-neese POOR-ards. a vile kidnapper and now dog thief. hate. SBW." The "kidnapper and dog thief" reference appears to be regarding Richards' move to repo the two pugs he originally got custody of when the couple split in 2006. (The "SBW," meanwhile, is in certain circles an abbreviation for "slut bitch whore.") Richards, allegedly responding to reports the animals were being neglected, took possession of the dogs in March. One of them died three days before Sheen's tweet rant.

Might Sheen, who is busy on the road leading that "bitchin' rock star" life, be genuinely upset over the loss of a beloved dog, and taking out some of his considerable anger on the woman who once filed a restraining order against him?  Well, people generally don't get divorced because they're getting along famously. But Sheen and Richards have certainly made a surprisingly admirable go of holding it together in the past for the sake of the kids. It was Richards who was hanging out with Sheen for a family weekend when he had his cataclysmic, room-thrashing meltdown at the Plaza last fall. And just last month Sheen glowingly spoke of Richards to Howard Stern, saying, "She's fabulous, and she's smoking hot, and I just love her to death."

But if his history of restraining orders, domestic abuse calls to 911, and no contest pleas to assault charges has taught us anything, it's that being loved to death by Charlie Sheen is not such a great thing. And while Richards has generally endeavored to stay classy, refusing all offers to dish the not inconsiderable dirt on her former spouse and saying on Twitter that "I think my kids will be proud how I have handled everything," Sheen is not a man who knows how to let dirty laundry go unaired. And so it came to pass that this week he was, during a bit in his stage show about the breakup, able to whip his mob into a chant of "Fuck that bitch."

The bitterness of divorce strikes a resonant chord for a lot of people. It's no accident that a friend refers to her ex as "Mr. I Hope His Junk Falls Off and He Dies." And breakups can make for some mighty rich, even wildly funny material, as Louis C.K.'s darkly hilarious "Louie" repeatedly proves. But make no mistake: When a very, very rich man, one with an inexplicable amount of fame and influence, publicly refers to any human being as a bitch and a whore, his actions are not just irresponsible, they're hateful. That he's drumming up crowds into a frenzy of vitriol against the mother of two of his children makes it even more horrendous.