Magical Kate Middleton jelly bean to be auctioned on Ebay 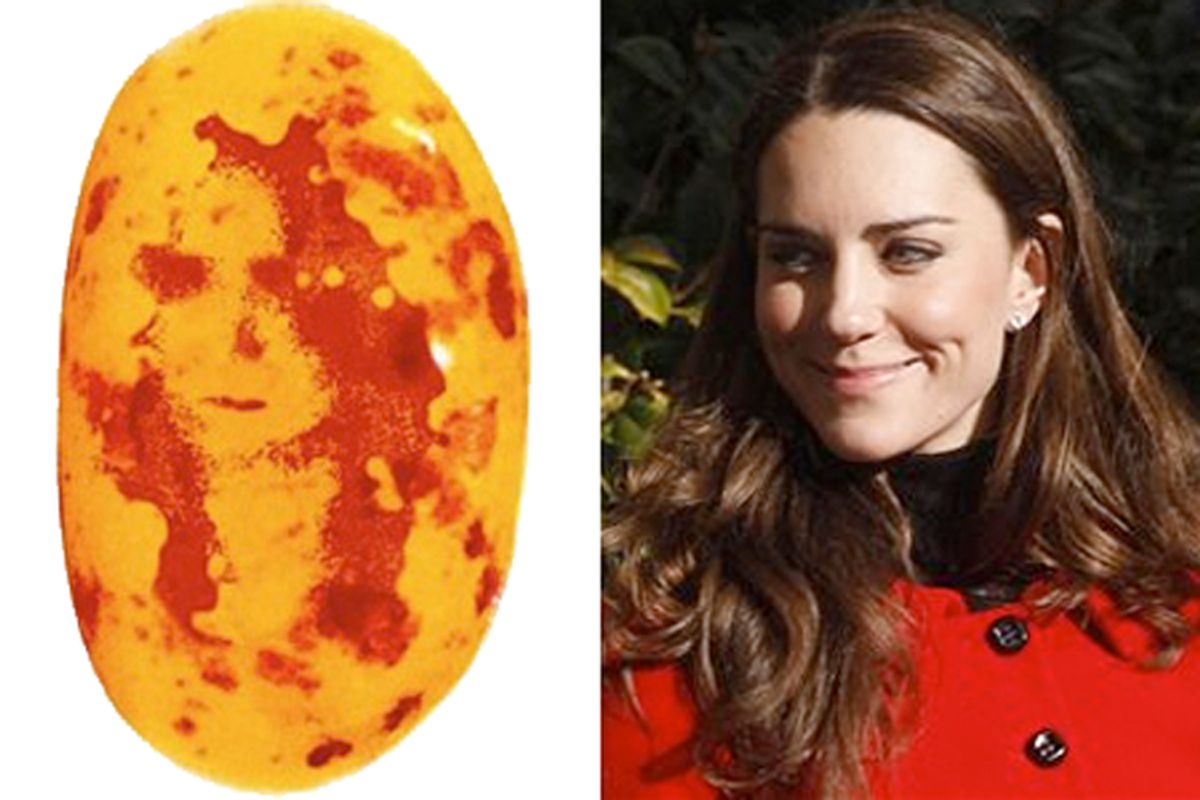 How can Kate appear on food already? She's not even a princess yet!
--

It used to be that people would travel thousands of miles to see the faces of religious figures appear in food. Now if you want to see the mother of Jesus on a slice of toast, you can buy it on Ebay. Sure, it will probably be a hoax, but at least you didn't have to buy an airplane ticket to Mexico to find that out.

But it does take some of the miracle-y-ness out of iconographic food products when you know they can just be shipped to you after you outbid everyone else on the Internet. Still, that probably won't deter thousands of people from bidding on this jelly bean, which a trainee accountant from Somerset discovered looked just like the royal-to-be Kate Middleton. Wesley Hosie and his girlfriend now plan on selling the magic bean on Ebay with a starting bid of $1,000.

"As Jessica opened the jar, I saw her immediately. She was literally lying there staring back at me," Wesley told The Telegraph, making no bones about the fact that he was trying to cash in on Middleton's upcoming marriage to Prince William. "Given that the royal wedding is only a few weeks away, we hope to make a few pounds out of it by selling it on the internet to a collector."

So far, the jelly bean hasn't been listed up on Ebay's site yet, despite my constant refreshing of the auction's page. My theory? The queen just found herself the perfect wedding present for the newlyweds.