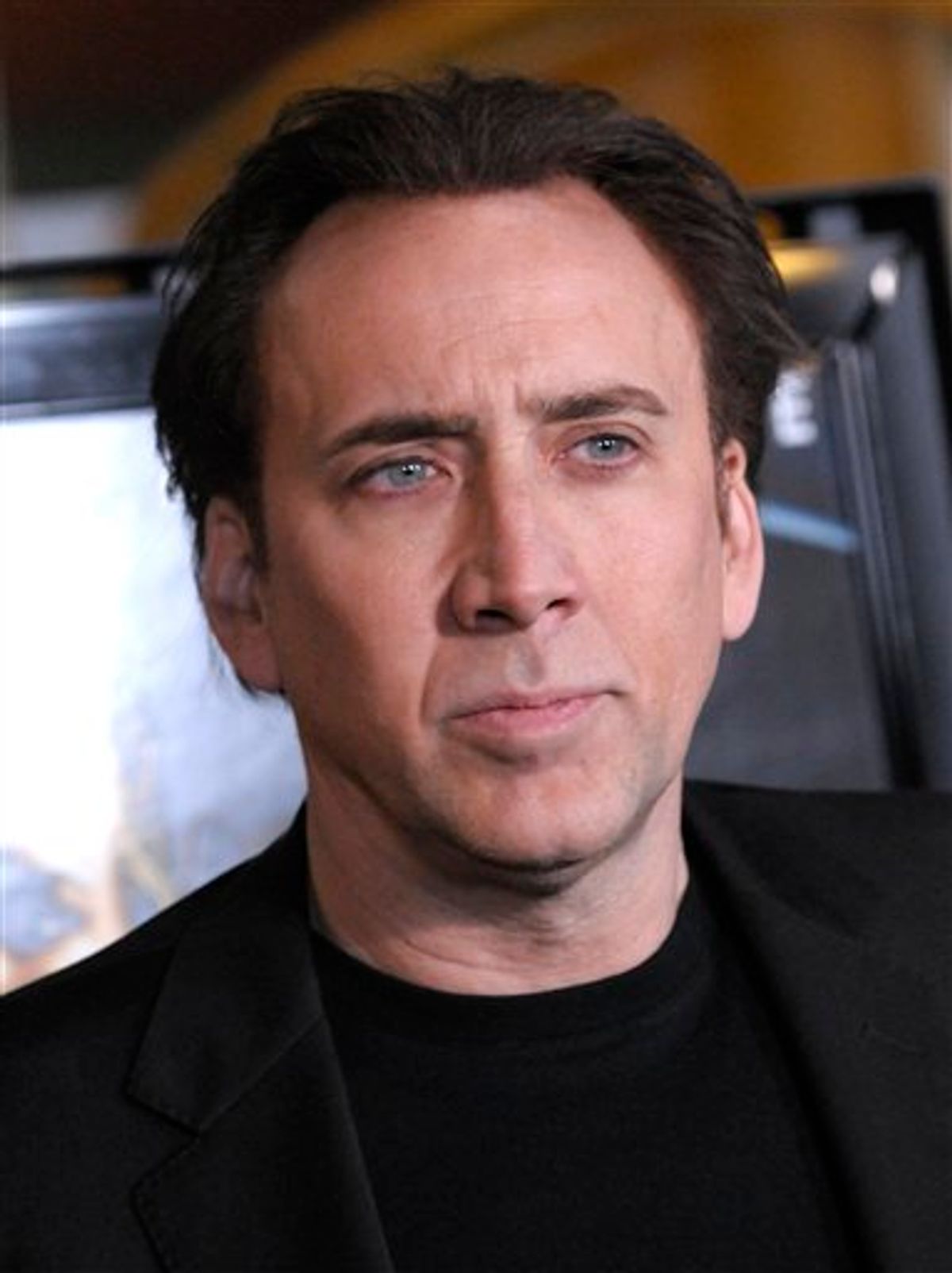 Actor Nicolas Cage was arrested after he got drunk in the city's French Quarter and argued in the street with his wife over whether a house they were in front of was theirs, police said Saturday.

Police said in a press release Saturday that Cage was arrested the previous evening. Police said the couple was in front of a home that Cage insisted they were renting. She said it wasn't theirs, and Cage then grabbed her arm.

The release said Cage started hitting vehicles and tried to get into a taxi. A police officer saw that Cage was drunk and told him to get out of the cab. Cage then started yelling at the officer.

The actor has been booked on charges of domestic abuse battery, disturbing the peace and public drunkenness. He remained in the Orleans Parish Prison on Saturday afternoon. A judge set his bond at $11,000.

Representatives for Cage could not immediately be reached Saturday.

Cage has been a frequent visitor to New Orleans, where he has owned property and shot movies in the past. He has also had financial troubles, despite being one of the highest-paid stars in Hollywood.

He had been behind on taxes and has said he's had to sell numerous assets because of his finances. He sued his former business manager in October 2009 for $20 million, claiming the man's advice led him to financial ruin.

Cage won an Academy Award for his performance in 1995's "Leaving Las Vegas."