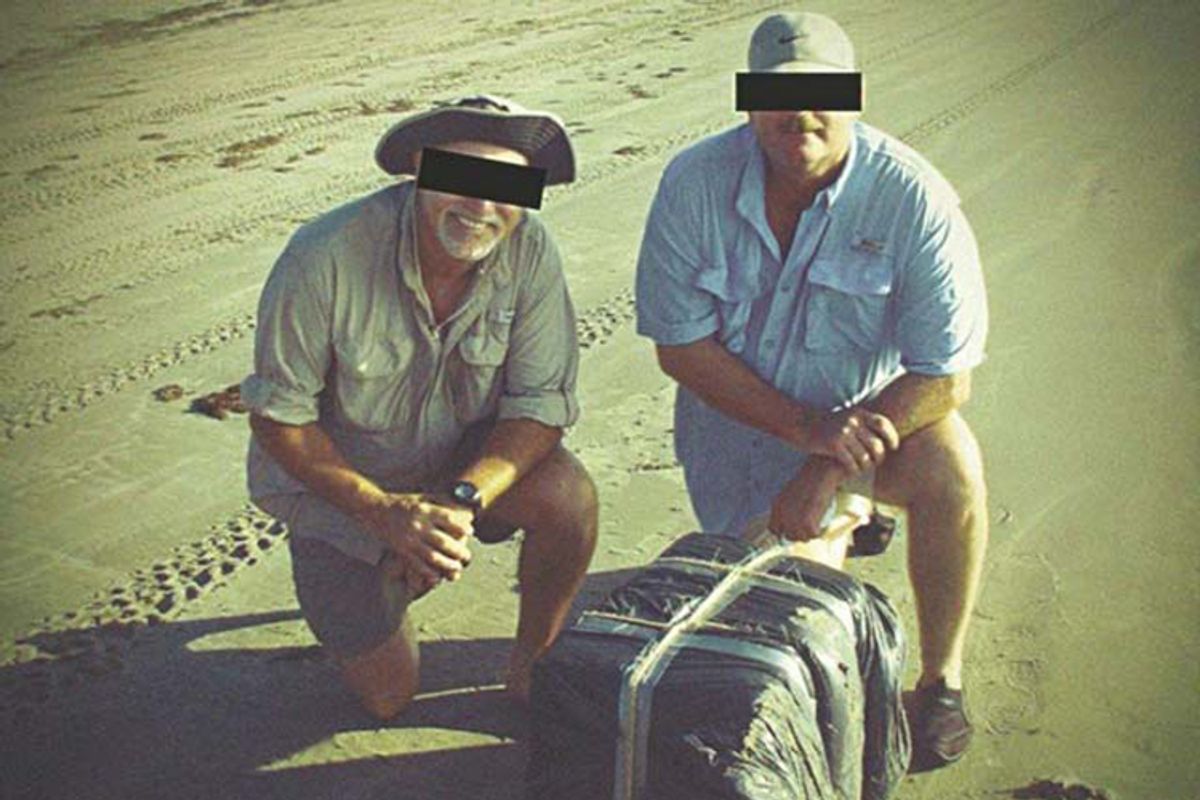 Miami-based documentary filmmaker Billy Corben is halfway between a journalist and a cultural archaeologist, excavating the history of a region that seems to have no history, and to scarcely be a place at all. Corben may always be best known for "Cocaine Cowboys," his exhaustive and frequently hair-raising survey of the insane Florida drug wars of the 1980s, but his new film "Square Groupers," which looks back to a mellower time and a more benevolent drug, is altogether a droller, drier work, infused with the spirit of Elmore Leonard and Jimmy Buffett. (The title refers to the famous but apocryphal notion that Florida fisherman occasionally caught bales of marijuana dumped overboard by smugglers.)

Corben's cinematic style is largely about scene-setting, conversation and juxtaposition: His team digs up amazing vintage news footage, he interviews survivors of the era in question (frequently in prison uniforms, or with a cold beverage in hand) and just enough atmosphere is created to convey how a sleepy, sun-baked Southern state turned into a criminal paradise. If "Cocaine Cowboys" was an epic, ironic yarn of murder and madness and the building of a boomtown built largely on drug money, "Square Groupers" is a more rueful tale. As it should be, since the 1970s crackdown on pot smugglers and dealers depicted here marked the beginning of an especially pernicious era of anti-drug hysteria led by federal law enforcement authorities. (Furthermore, while I'm in favor of legalizing and licensing drugs, let's not pretend that there's any real relationship between marijuana and cocaine; they're roughly as similar as Pinot Grigio and OxyContin.)

"Square Groupers" begins with a section on the Ethiopian Zion Coptic Church, a legendary Miami hippie-meets-Rasta cult movement of the '70s that combined fundamentalist Christian doctrine with limitless amounts of high-grade Jamaican ganja. Originally, the Coptics had good success using the First Amendment's religion clause as a shield, even buying a mansion on Star Island, off Miami Beach. But since they were not merely smoking immense amounts of dope but also dealing it by the thousands of kilos, the Feds ultimately crushed them, which led to further abuses like the prosecution of the "Black Tuna Gang," in reality just a couple of transplanted Philadelphia businessmen turned mid-level Miami weed merchants.

Those stories are alternately hilarious and terrifying -- the Black Tuna defendants wound up serving ridiculously long prison sentences on trumped-up charges -- but I almost wish Corben had spent more time in Everglades City, a flyspeck fishing village 80 miles west of Miami that's his final stop. This waterlogged but intensely colorful little town on the edge of Everglades National Park is where the Wild West meets the Caribbean. As South Florida's commercial fishing industry began to fade, virtually the entire town turned to pot smuggling. Everglades City is like a certain mode of Southern fiction come to life; one nearly toothless local tells Corben's camera that running dope opened up the world to him. He'd never been out of the county, and suddenly he was making weekly boat trips to Colombia, learning a little Spanish, getting to know an entirely new class of women.

"Square Groupers" is now playing at the Cinema Village in New York and the O Cinema in Miami. It's available April 19 on DVD and April 22 on VOD and from Netflix.