We team up with TheGloss.com to find out how to turn that best-selling genre of female writing into real literature 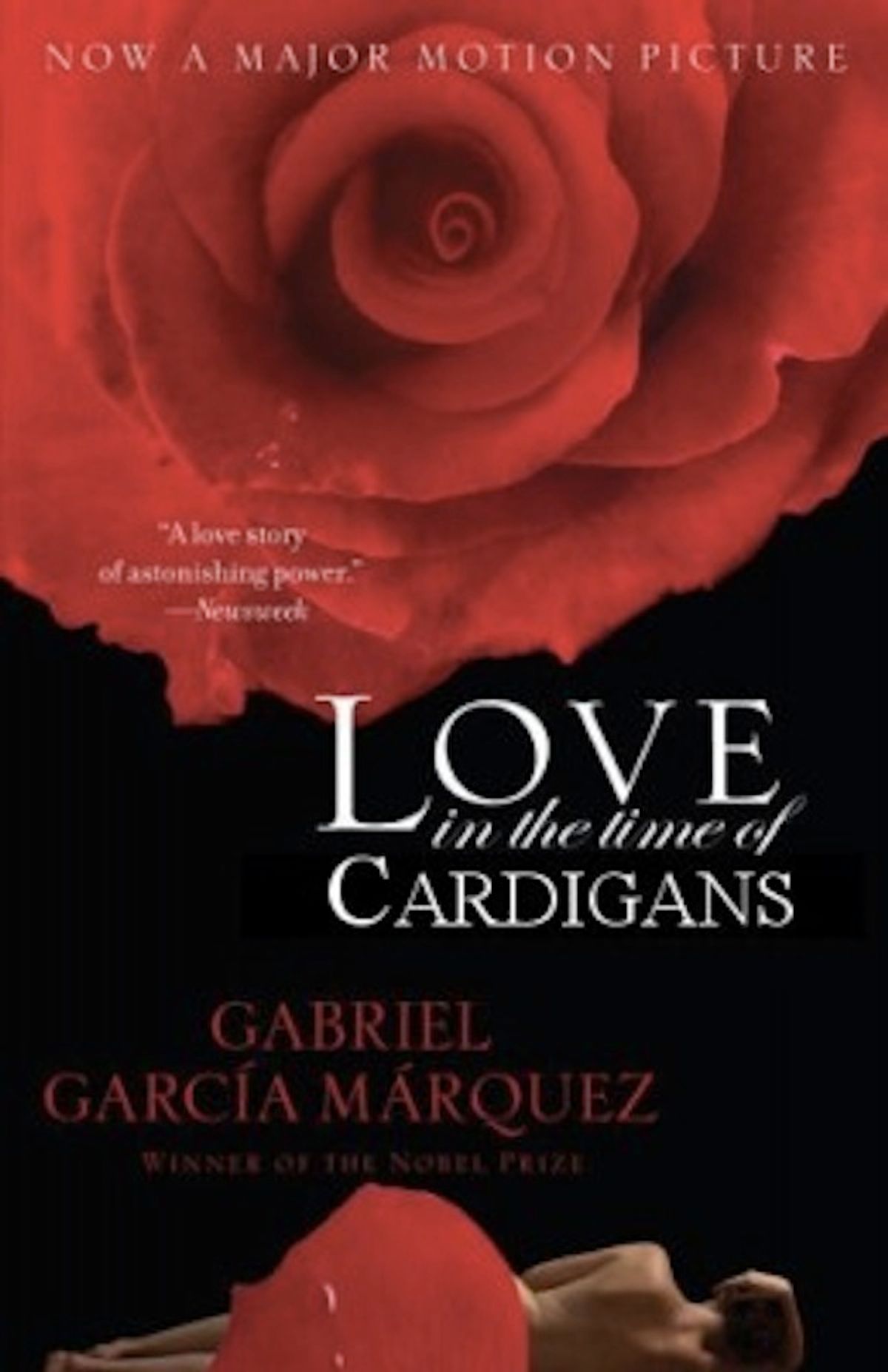 How much better would Gabriel García Márquez's book be if it was about shopping??
--

"Chick lit" is one of the most depressing terms I can think of in the publishing industry. Then again, I don't know that much book-selling jargon, so there are probably worse ones ("Magical tweenism?"), but that phrase -- applied to frothy writing about "modern" women (and their love lives) --  is almost a derogatory term, implying the type of fluffy romance masquerading as post-post-post-new-wave feminist spiel. Yet for some reason, agents are encouraging female writers to think about chick lit marketing when writing their first books. I mean, no one is denying that the genre has mass appeal. But you know what else had mass appeal? "Two and a Half Men." And Hitler.

In response to this "lowest common denominator" mentality, editors over at the satiric women's culture and fashion site The Gloss  created an amazing slide show of how some of history's greatest fiction books would look if they were "chick lit"-ed up. So Hemingway's classic "The Old Man and the Sea" becomes "The Old Man and the C-Word," with the blurb:

A saucy tale of gender discrimination set in the fast-paced world of fishing! Santiana is considered too weak and womanly to be a serious fisherman -- partly because she hasn't caught anything in 84 days, but mostly because she's a woman! Will she be able to reel in a giant marlin and win the respect of her village? What about reeling in her handsome fellow fisher, Manolin?

All of the examples in the slide show are painfully funny, especially for those of us who actually read "The Devil Wears Prada" or "The Nanny Diaries" and are mortified that whole sections of bookstores are now relegated to this non-genre.

In a show of female writer solidarity (and also because I thought it'd be a funny exercise), I asked The Gloss editor in chief Jennifer Wright to help me do the opposite: I sent her slightly altered titles from famous chick books, and she'd have to summarize of the novel as if it was an esteemed piece of literature.

These were the titles I came up with:

"He's Just Not That Hebrew"

"The Last Confession of a Shopaholic"

"Sax and the City"

And here's what Jennifer created for descriptions:

One of the epic, heartbreaking works of our generation, "He's Just Not That Hebrew" begins in economically depressed Germany of the 1930s. Amid the young men proclaiming their status as cameras, an Orthodox Jewish woman pines for a soft-spoken painter. His name? Adolf Hitler. He is not that into her. As time goes by, her quest for romance becomes a quest for survival.

Often called "requiem for the American dream "The Last Confession of a Shopaholic" traces the slow devolution of a shopaholic. When Birkins can no longer fill the empty holes in her heart -- as holey as the $1,625 Balmain T-shirt she uses to clean her 4th floor walk-up apartment's toilet -- the ever unnamed shopaholic slowly succumbs to a crippling Diet Coke addiction. Ultimately she's forced to rediscover the soul she thought she'd sold -- but, alas, all too late.

Sometimes likened to "The Goat: Or, Who Is Sylvia and My Dog Tulip," "Bridget Jones' Cowrie" explores the curious bond between woman and beast. Resigned to her spinsterhood, Bridget Jones pads through the house wearing one shoe and an increasingly decaying Sloane Street wedding dress. That is, until she finds her truest friend, the noble snail. A tale of human idealism that reaffirms that all that is slimy does glitter, albeit in its own slug like way.

"Twilight, Big City": Runner up for the 1986 Booker Prize, Edward is a wunderkid "vampire" on an eternal search for Bolivian Marching powder in Manhattan. Bela is the stony-faced girl working the coat check at Tunnel who refuses to be sucked into his world. As her affections are ultimately captured by a biker "werewolf," Edward wonders about life after the apple.

I don't know about you, but I would buy all these books in a heartbeat if they were real. Certainly an improvement over the originals.